Samsung Galaxy A7 with triple-camera setup launched in India at Rs 23,990 onwards

Samsung Galaxy A7 sporting a three camera setup at the back has been launched at Rs 23,990 onwards at an event in Mumbai today. The 4 GB RAM + 64 GB storage variant is priced at Rs 23,990 and 6 GB RAM with 128 GB storage variant is at Rs 28,990. The device will be available to consumers for early access on 27 September and special preview sale on 28 September on Flipkart and Samsung shop.

The smartphone has been launched in three colour variants—blue, black, and gold. 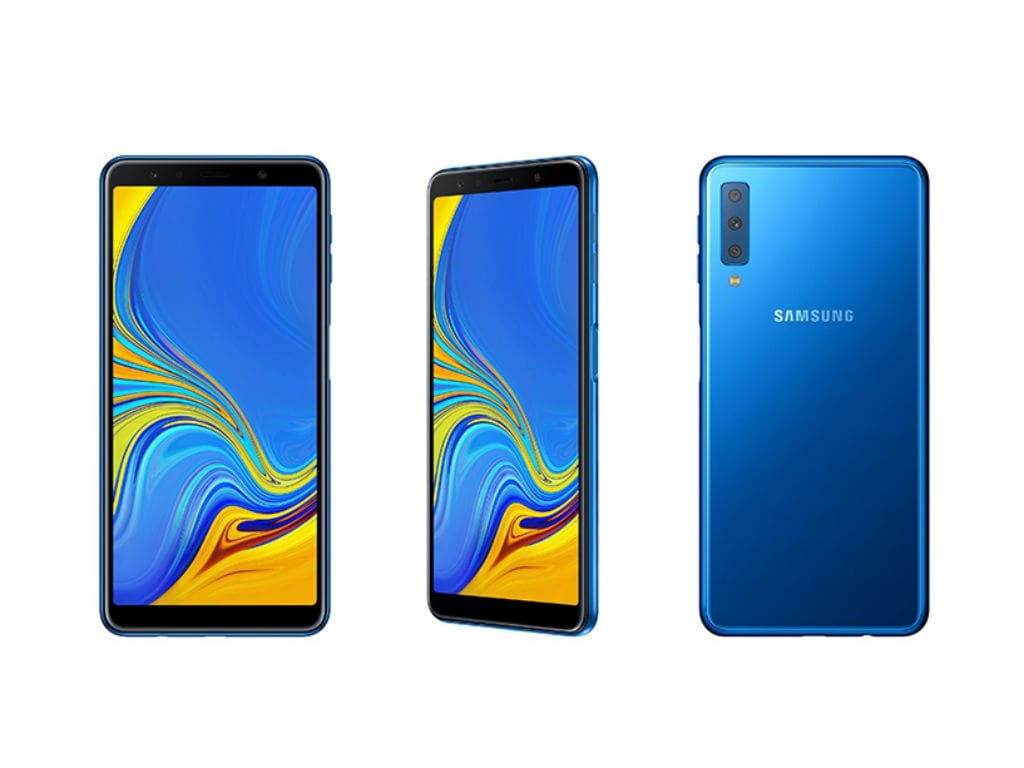 Samsung Galaxy A7 specifications and features

Samsung Galaxy A7 sports a 6-inch FHD+ AMOLED display with chubby bezels on the sides and on the forehead, and on the chin of the display. It also sports a fingerprint sensor on the side button which also acts as the power button.

The smartphone has been launched in two RAM variants— 4 GB of RAM with 64 GB and 6 GB of RAM with 128 GB storage. The storage on both variants can be expanded to 512 GB using a microSD card.

This is the first time Samsung showcased a triple camera setup in a phone. The three cameras are fit vertically behind the device. The triple camera setup has a 24 MP AF low-light camera with f/1.7 aperture, the second is an ultra-wide 8 MP ultra-wide lens with f/2.4 aperture. While the third is a 5 MP depth sensor with a f/2.0 aperture for bokeh mode.

On the front, it sports a 24 MP front-facing camera with f/2.0 aperture. The device packs Exynos 7885 SoC chipset which can clock up to 2.2 GHz.

First Impressions: Samsung Galaxy A7 is a sleek phablet but without the latest Android

Samsung Galaxy A7 smartphone launched in India at Rs 30,499

Samsung Galaxy A7 2017: Here's how it compares against the competition