A 512 GB variant of Samsung's Galaxy Note 9 may launch in the market at a whopping price of € 1,250 which is roughly Rs 1,00,000 and would definitely put it in the ultra-premium category.

Dutch website WinFuture reports, that the Galaxy Note 9 which is likely to be launched on 9 August in New York might have three storage variants—128 GB, 256 GB, and 512 GB, it may give the 64 GB variant a miss. However, it would seem that these prices have been revealed only for European markets. 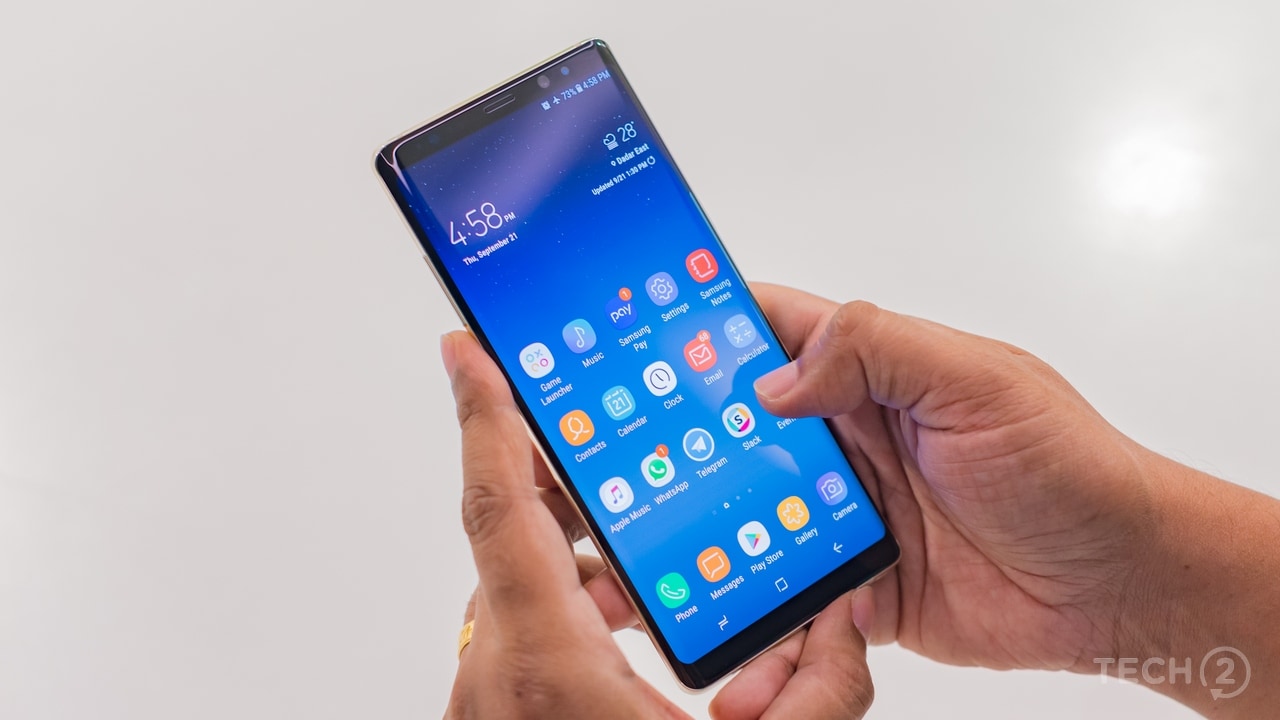 Comparing the rumoured 512 GB variant of the Galaxy Note 9 to Apple's iPhone X' 256 GB variant which was priced at Rs 1,02,000, we see that the Samsung Note 9 will have a higher pricetag, However, will the Note 9 justify its extremely large price tag, is a question we will have an answer to after it releases in India.

Recent render leaks about the Samsung Note 9 show that device may come in four colour variants: Coral Blue, Lilac Purple, Brown, and Black. Rumours also show that the phone has an uncanny resemblance to the Samsung Galaxy Note 8. The 6 GB RAM with 64 GB of internal storage variant of the Samsung Note 8 was priced at 67,900 when it was released.

The Note 9 is expected to come with Samsung's S-Pen which may also work as a portable Bluetooth controller.