The findings from this new study show that social media can also be used to track public interest in opioid misuse.

Researchers have found that Twitter can be a useful tool to find out how widespread the misuse of prescribed opioid drug is in a particular state or town, or to track the dynamics of opioid misuse in a given locality over time. 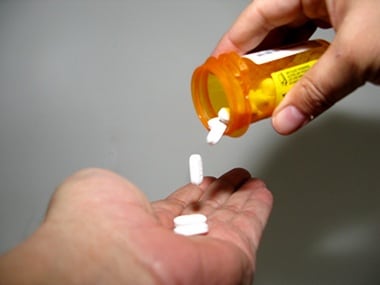 "Through social media we can observe a much larger fraction of the population, perhaps intervening before things reach the level of needing emergency medical care," Chary added.

Chary and his team analysed more than 3.6 million tweets and found that the information about opioid misuse was significantly correlated with federal surveys over the last three years.

For the study, published in the Journal of Medical Toxicology, the research group curated a list of keywords related to the misuse of prescribed opioids.

Based on these keywords and with the help of a software, the researchers extracted English-language tweets between the years 2012 and 2014.

In the process 3,611,528 tweets all containing at least one of the selected keywords about the misuse of prescribed opioids were selected.

The software then identified linguistic characteristics that distinguished tweets that credibly mentioned opioid misuse from spam tweets and clustered them based on semantic distance.

The team then used metadata from Twitter to identify the location of each tweet. To validate their findings, Chary and his group compared the Twitter data to geographical data contained in the 2013-2015 National Surveys on Drug Usage and Health (NSDUH).

NSDUH is a government funded confidential survey conducted annually by professional interviewers, and includes information obtained from about 70,000 Americans. It is commonly used to determine countrywide trends in substance use.

Mentions about the misuse of prescribed opioids on Twitter were found to strongly correlate with state-by-state information contained in the NSDUH. The correlation was highest for individuals between the ages of 18 and 25 years old.

The findings from this new study show that social media can also be used to track public interest in opioid misuse, or perhaps other substances, Chary said.

"We found that our estimates agreed with national survey data, suggesting that social media can be a reliable additional source of epidemiological data regarding substance use," Chary said.