Redmi 9A, RedmiBook to launch in India today at 12 pm: How to watch the event live

Redmi 9A will come with a textured back and will be available in blue colour option.

Redmi is all set to host its first launch event of the year today. The company has teased that it might launch Redmi 9A, a power bank perhaps, and rumour has it that we might also see a RedmiBook today. The company India head recently tweeted hinting that they might launch a Redmi power bank soon in India. A new microsite has revealed a few details about the upcoming Redmi 8A (Review)'s successor, including its battery. 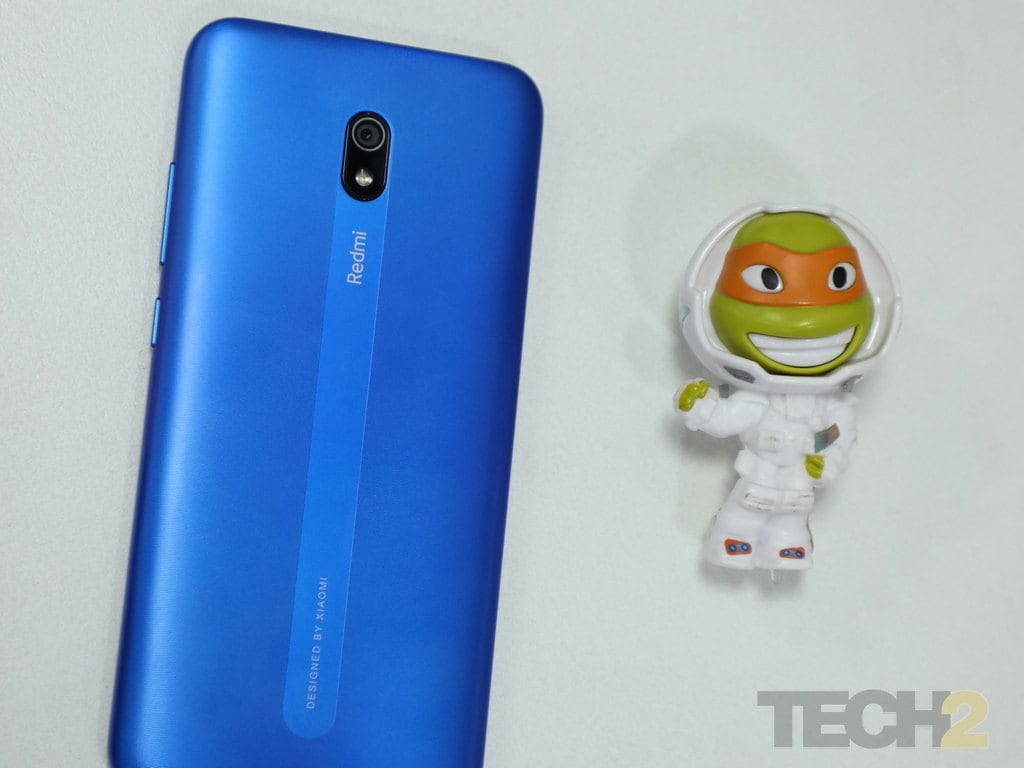 Redmi 8A has a ridge back design at the rear. Image: tech2/Prashant

Redmi 9A, RedmiBook launch event: How to watch it live

The event will begin at 12 pm today and you can watch the live stream on Xiaomi India's Twitter handle and the company's website. You can also catch the live updates by clicking on the link below.

Want to be the 1st to own one? RT & tweet your expectations with #MorePowerToRedmi.

2000 RTs & I'll give away one product each! pic.twitter.com/s2Q2gPDvQS

The company's microsite has revealed that Redmi 9A will house a 5,000 mAh battery. As for the design, it will come with a textured back and will be available in blue colour option. The microsite also revealed that the smartphone will feature a waterdrop notch display. The Redmi 9A is expected to be powered by MediaTek Helio G70 chipset that we saw in the newly-launched Realme C3, as per a previous report. As per the China version specifications, the laptop sports a 13.3-inch full-HD anti-glare display with an 89 percent screen-to-body ratio. It has Nvidia GeForce MX250 graphics and 8 GB DDR4 RAM. It is powered by a 10th generation of  Intel Core processor. RedmiBook 13 has a metal body and DTS surround sound audio support.

It is expected that the company might launch 10,000 or 20,000 mAh capacity battery bank today at the event.