Realme XT is might come in a white colour option that is likely to be called 'silver wing white'.

It was just a few days back that Realme launched its 48 MP camera smartphone Realme 5 and Realme 5 Pro. Now the company's upcoming smartphone Realme XT has appeared online giving out some key specs of the device. Realme had announced its 64 MP camera technology earlier this month and looks like it might be Realme XT that will sport the technology.

As per CMO, Realme, Xu Qi Chase's post on Weibo, Realme XT will feature a 64 MP camera and will have a quad-camera setup at the back. Realme XT is expected to be launched on 4 September. Image: Tech2

The camera setup is seen in a vertical layout. The image shared also reveals that the smartphone will come in white colour. As per the post, this variant will be called "silver wing white". 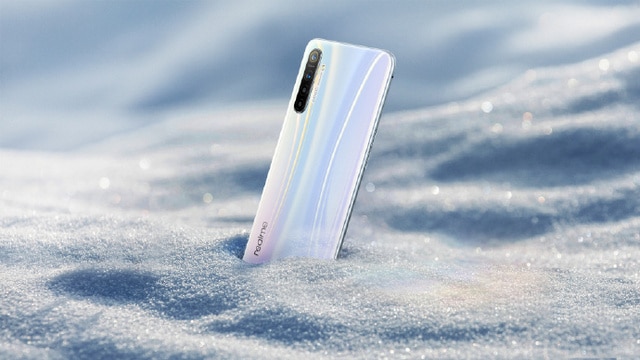 Realme XT might come in white colour option and is likely to be called Silver wing white. Image: Weibo.

What we already know about the 64 MP camera is that the smartphone will be using Samsung’s latest ISOCELL Bright GW1 sensor. So we can expect that Realme XT might come with this sensor. Realme has also shared a couple of teaser images on Weibo hinting towards an event to is scheduled to be held on 4 September. These images hint at the "Q" letter and it is being speculated that the company might call its next smartphone, Q-Series. And it is also possible that Realme XT might also launch along with this series on 4 September.