Realme has announced its foray into the cut-throat Smart TV segment in India. Here are some TVs that can give it stiff competition.

(Disclaimer: This copy is being repubbed because Realme smart TV is going on its first sale today in India.)

Realme announced its foray into the budget Smart TV segment in India earlier this week with the launch of its 32-inch and 43-inch Smart TV models. While their pricing is attractive and features look par for the course, this is a highly competitive segment, and there’s some stiff competition looking to welcome the TVs. Let’s look at eight such TVs (four 32-inch models and four 43-inch models) that can give the two Realme TVs a run for their money.

The 32-inch HD-ready variant of the Realme TV has a VA panel with a resolution of 1366 x 768 pixels. It is a certified Android TV (v9.0) and comes with a voice-enabled Bluetooth remote. It has 3x HDMI ports and 2x USB ports, among other connectivity options. It is priced at Rs 12,999 in India. Now let’s look at what the competition has to offer. 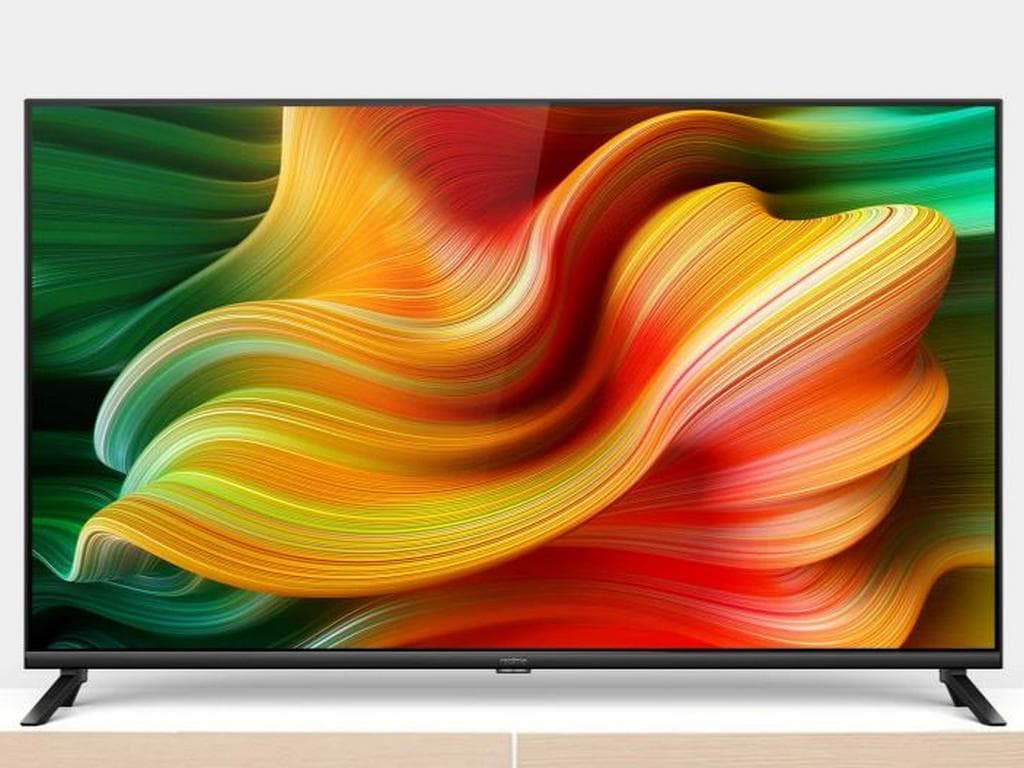 While a similar sized Xiaomi TV is what one would have expected to see here first up, there’s something better and at an even lower price point. A certified Android TV from the old Japanese brand, Sanyo (now owned by Panasonic), boasts of an IPS panel in this segment and offers excellent picture quality at a price that’s a good Rs 2,000 lower than that of the Realme.

You get 2x HDMI ports, 2x USB ports and other standard connectivity options along with 20 W RMS sound output. The Realme TV does a tad better here with the extra HDMI port and a bit more oomph in sound. The Sanyo Kaizen XT–32A170H too has a voice enabled remote and Chromecast built-in. At its current selling price, this TV has most of the bases covered and may pose a serious threat to the new entrant.

The Onida Fire TV Edition televisions run Amazon’s Fire OS, the one that you get on their Fire TV Sticks. Simply put, you get a TV with an integrated Fire TV Stick under 13k, and that’s a neat deal. This TV too has an IPS panel and comes with 3x HDMI ports and 1x USB port, but isn’t all that great with sound quality, which I am hoping the Realme would score better on.

You get a voice enabled remote with Alexa. The TV also offers you a wide variety of picture and sound adjustments along with a robust OS and very good apps support. Fire OS is a great alternative to Android TV.

The price of this Onida TV is exactly the same as Realme’s and will make an interesting opponent.

Brand name still has a great value here, and that’s where the next two options hold their sway despite not having as impressive a specifications sheet.

Incidentally, we have another 32-inch TV with an IPS panel in the list. This is not an Android TV and instead, runs Web OS that has apps for most of the major online streaming services including Netflix, Prime Video and Disney+ Hotstar.

Connectivity options are modest with a couple of HDMI ports and a solitary USB port to plug in more devices, and 10 W RMS sound output.

With LG plying its trade in this category, Samsung doesn’t want to be left behind either. And you have this Series 4 offering based on Tizen OS that again supports all major streaming services, and has a decent repository of apps. The TV also comes with Microsoft Office 365 that lets you do a bit of work on it (Why, though?). Just like the LG, you get a couple of HDMI ports, one USB port and 10 W RMS sound output.

The Onida, LG and Samsung TVs above do not have a built-in Chromecast that all certified Android TVs have.

The 43-inch variant of the Realme TV has a VA panel too, but with a Full HD screen resolution of 1920x1080 pixels. It has a Mediatek quad core processor with 1 GB RAM and 8 GB internal storage. The rest of the specifications are identical to its 32-inch sibling. It is priced at Rs 21,999 in India.

As expected, we have its evenly matched Xiaomi counterpart. The Mi TV 4A Pro 43 is also a certified Android TV that sells for exactly the same price as the 43-inch Realme. You get a Full HD panel with a resolution of 1920x1080 pixels. Unlike older Xiaomi TVs, there is support for all major streaming services, including Netflix and Prime Video, right out of the box. Like all certified Android TVs, this too has Chromecast built-in. It has 3x HDMI and 3x USB ports and 20 W RMS sound output.

For some reason, Xiaomi doesn’t like to have a mute button on the remote, and you will have to bear with it. Thankfully, those who buy the Realme TV won’t have to deal with this weird deficiency. And you also get buttons for Settings and Input selection that are missing on the Xiaomi remote.

While the Realme and Xiaomi TVs are evenly matched, the former will face its toughest competition from this iFFALCON TV. This feature-rich certified Android Smart TV from the TCL sub-brand can be bought for a thousand Rupees less than Realme’s 43-incher. For that price, you get a 43-inch TV with a 4K panel (resolution of 3840x2160 pixels) and support for 1.07 billion colours. It is powered by a quad-core processor with 2 GB of RAM and 16 GB internal storage which is double that of the Realme TV.

You also get a voice enabled remote control, 3x HDMI, 2x USB ports along with other popular audio/video ports and support for all major streaming services. It also supports AI picture adjustment, micro dimming, and there’s Chromecast too. Realme better watch out for this one. I’ll let you know how their sound and picture quality compare once we are done with the review.

Just like the Realme TV, the Onida Fire TV (Review) listed above also has a 43-inch variant with an IPS screen and a Full HD resolution. The rest of the features are pretty much the same as its 32-inch model with the Fire TV OS at its crux, along with 3x HDMI ports and a USB port for connectivity among others. We were impressed with its UI and picture quality, and believe it has enough spunk to go toe to toe with its Realme counterpart, if not better.

Both these TVs are pretty much the same models with different model names, one selling on Amazon and the other on Flipkart. If you are looking for an inexpensive 43-inch official Android TV, this Vu TV is a good option. Despite the word ‘Ultra’ or ‘Premium’ in the name, this is essentially a budget TV with a Full HD panel, 1 GB RAM, and 8 GB of internal storage. But the picture quality is quite impressive for the price with natural colours and good contrast.

Add to that, you get fast boot times, quick resume from standby, and apps for all major streaming services. It also has Chromecast built-in along with a couple of HDMI and USB ports each. This TV, too, delivers 24 W RMS sound output that’s actually pretty good for this segment. But, you will have to make do with an IR remote instead of a voice enabled Bluetooth option like the one you get with Realme and other 43-inch TVs above.

That is pretty much the competition the new TVs have currently. I’ll soon publish an in-depth review of the Realme TV once I am done testing it enough, and will let you know how it actually performs on multiple fronts and if it’s worth a spot in your living room.

Realme Smart TV 43 Review: A good budget TV that gets several things right, if not all