Realme Narzo 30 Pro will come with support for the 30 W Dart Charge that can charge up to 100 percent in 65 minutes.

Realme will launch the Narzo 30 series that includes Narzo 30, Narzo 30A and Narzo 30 Pro in India today. The company has revealed a few details about the smartphone including 5G connectivity. It is also confirmed that along with the Realme Narzo 30 series, it will also launch Realme Buds Air 2 TWS earbuds and Motion Activated Night Light. The company has revealed that the Narzo 30 Pro will come with support for the 30 W Dart Charge. Realme 30A will be equipped with a 6,000 mAh battery. 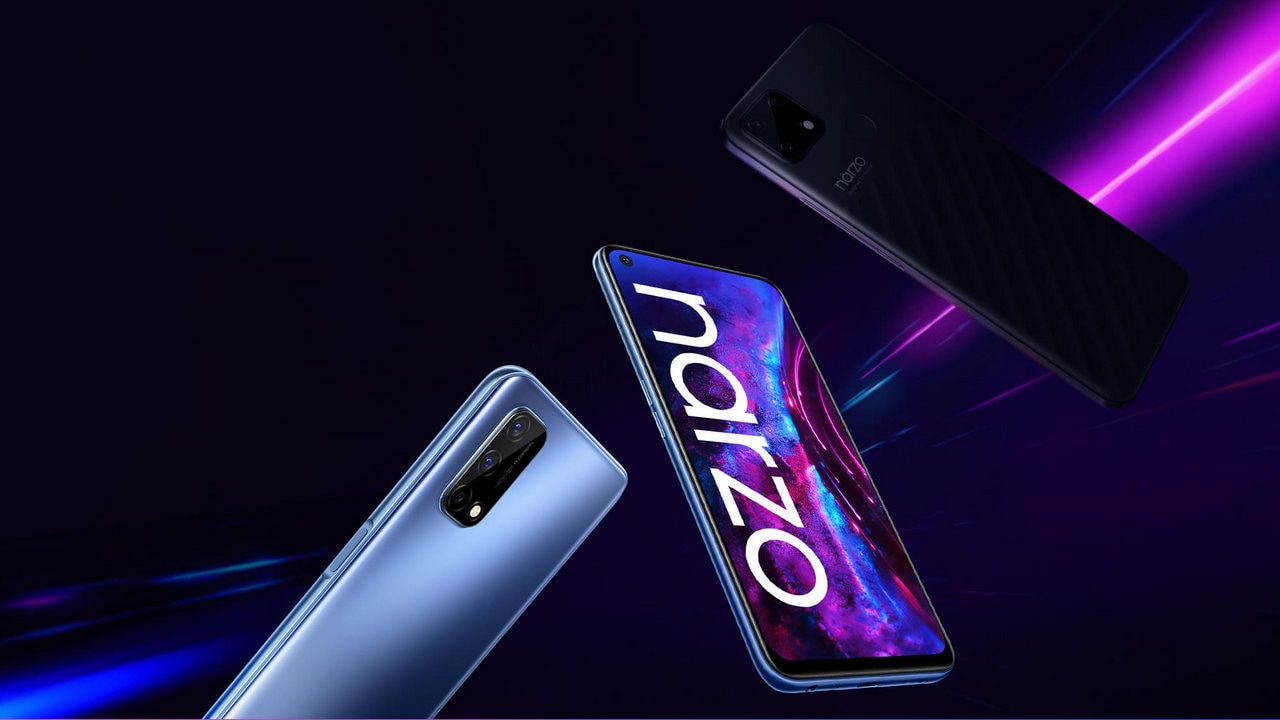 Realme Narzo 30 series event: How to watch it live

The launch event will kick off at 12.30 pm today. To watch the livestream, you can visit the company's Twitter, Facebook and YouTube page. You can also tap on the livestream link embedded below to catch the live updates.

Launching tomorrow at 12:30 PM on our official channels. Don’t forget to set your reminders!🔔https://t.co/b8q6Bihst2 pic.twitter.com/SrA1gbY92d

As per a previous report, Realme Narzo 30 Pro is likely to be powered by a MediaTek Dimensity 800U 5G processor. The smartphone is expected to come with a 120 Hz refresh rate display that houses a punch-hole display. The Pro model will feature a rectangular camera module at the back with the quad-camera setup and led flash, along with the Narzo branding at the bottom left of the phone. It is not clear if there would be a side-mounted fingerprint sensor or an in-display fingerprint sensor.  It is likely to come in grey and blue colour options.

Realme Narzo 30A, on the other hand, is expected to come with a rear fingerprint sensor. As for the camera, the rear camera setup will be stacked in a square-shaped module, along with the Narzo branding just under the camera setup. The Narzo 30A is likely to have a textured rear panel. It might come in blue colour option.

Realme Narzo 30 Pro 5G to be available for purchase today at 12 pm: All you need to know