Realme, Honor, Poco and more: Smartphone sub brands are the latest fad, but why?

One odd common trait among these rising sub-brands like Poco, Honor or Realme is that they’re all Chinese

The smartphone business is sinking.

For the fifth consecutive quarter, global sales plummeted in Q4 2018. Reports suggest these results portend further declines and analysts expect this year to be no different.

But if a few recent trends are any indication, phone makers have trained their sights on putting an end to the slump. Companies have begun to aggressively explore several new, experimental avenues to spark interest again and more importantly, convince users to upgrade. And one of them, as it turns out, is splitting product lineups into sub-brands.

The rise of the sub-brand 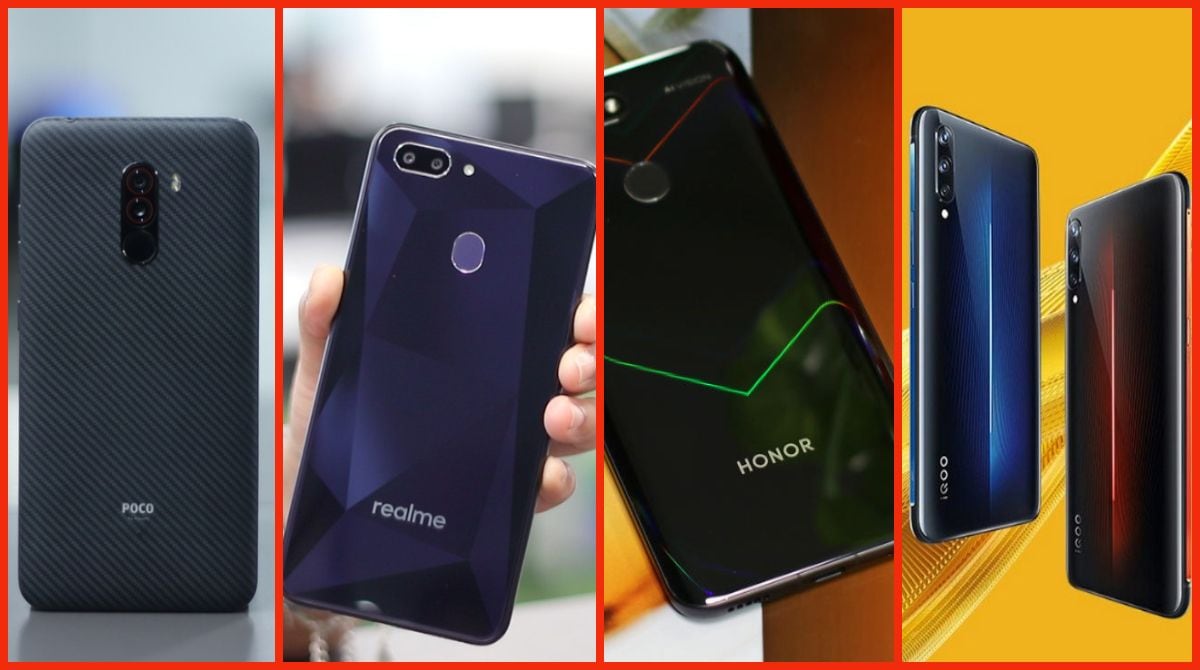 In the last few years, smartphone sub-brands have emerged in droves. Despite speculations, though, it’s been a rather successful pivot for many. Oppo has managed to climb back on the leaderboards in India with Realme. Huawei’s Honor has remained one of the most consistent presences in the budget segment for nearly half a decade. Xiaomi’s Poco has bagged numerous accolades ever since its introduction in 2018.

On the surface, however, it’s difficult to perceive the ins and outs of sub-brands. After all, it seems like a valid argument to ask why a well-established company would not leverage its existing brand name and instead, spend resources to build a new one from scratch?

It gets even more complex when you consider the fact that the smartphone market is no stranger to such dual-brand strategies. A host of manufacturers have tried their hand at the approach in the past without much luck. Remember when Lenovo sold phones both under the Lenovo and Moto names? Or when Micromax and Yu were the talks of the town.

Smartphone sub-brands: Why now and why at all?

The smartphone industry we’ve today is teeming with choices and opportunities for original equipment manufacturers (OEMs). There are a number of channels they can adopt to sell as well as promote. There’s a multitude of new tech they can pack in their products. There are a ton of niche set of audiences they can address. Of course, one brand doesn’t have to invest in each and every one of those aspects.

But with a stagnating market, they need to. And while doing that, they also don’t want to fail. Well, they are fine with failure — just that it shouldn’t affect the parent brand’s reputation. A reputation which took them years to establish and that’s where a sub-brand enters.

The new arm allows the company to execute a fresh strategy while dissolving the risk if it ever comes to that. It’s almost as building a brand sandbox for trying an unproven plan.

“Sub-brands are generally launched to move away from the parent brand’s positioning or go for a different pricing strategy, without the risk of impacting the established positioning of the parent brand. It also helps infuse a certain freshness around the brand in the market with new products under the new sub-brand, new messaging. This is very important in the smartphone market, especially in a crowded hyper-competitive market like India. To that extent, the intentions of brands launching sub-brands are quite clear — to stand out in the market, test the response to new product lines with new pricing, etc.”, commented Navkendar Singh, research director at IDC.

The differentiation factor, hence, plays a critical role for sub-brands to prosper. It’s imperative to the motive and lets the company shift gears in case their strategy doesn’t function as intended.

For instance, Xiaomi’s Poco operates in the higher end of the budget spectrum, away from the phone maker’s thriving Redmi series.

“Both brands create phones for a different target segment. While Huawei through its product launches caters to a premium user, Honor has focussed its energies towards bringing innovative products for the youth in an affordable price band,” Suhail Tariq, CMO, Honor said in an email interaction on why Huawei decided to have a sub-brand.

There shouldn’t be any loopholes which could lead the consumer into relating the two brands at stake. Companies are careful to not even employ the same set of gradients for marketing materials. In essence, it is the safest way for a manufacturer to bet on a new path.

There are some instances where an OEM let their multiple in-house brands compete with one another like Lenovo and Moto. But eventually, the two began to overlap and at that time, unlike today, there simply wasn’t enough to segregate them. In the end, the Lenovo label was shuttered in India.

It is when all the factors are accurately taken care of and the parent manages to hammer the message home, does a sub-brand strategy flourish.

“The success of a sub-brand depends on many factors — timing in the market, time to market, clarity of goal in terms of scale to be achieved and price segments to play in. Additionally, consistency and persistence in marketing and messaging are very important, along with the expected regular portfolio refresh. Brands like Realme, Honor are able to do all these very successfully, while other brands like Yu, Zuk, were not clear on their reason of existence,” added Singh.

The game of perception

That’s not all. Sub-brands can also be meant to break predetermined stigmas instead of safeguarding the head.

Vivo, for instance, isn’t normally associated with the high-end. Hence, the company went ahead and announced its first sub-brand called iQOO. It will bring premium flagships under iQOO and essentially try to make a mark where it couldn’t otherwise. Xiaomi’s Poco is roughly the same story, but the gap isn’t as wide as what Vivo is attempting for.

One odd common trait among these rising sub-brands like Poco, Honor or Oppo’s now independent Realme is that they’re all Chinese.

A shrinking base surely impacts all the players, right? The question remains then, why haven’t the others like Samsung — which lost the pole position in the second biggest smartphone market after years of reign — not jumped on the sub-brand bandwagon yet?

The reason for that is rather straightforward. Veteran brands such as Samsung don’t require constant refreshers to revitalise their presence. A bunch of flops won’t severely tarnish their names. I’m sure we can recall the Galaxy Note 7 debacle, right? Yes, it was an embarrassment for Samsung, but not for long. The Galaxy S8/S8+ followed by Note 8 undid all the damage suffered post the Note 7 recall. Yes, they’ll lose the numbers, but a competent comeback is all they would need to retaliate and regain lost ground. Whereas companies like Oppo, Vivo and so on, carry much frailer identities. Another factor to take into account is that the regions where Chinese phone makers have the most sales are the fiercest ones as far as competition is concerned than say the United States. In the vast Android smartphone space, brand loyalty isn't as strong as it with say an Apple device. A Samsung user, could very well opt for a Xiaomi phone next and then go for an Oppo device.

Singh agrees. “While the China-based brands established themselves very quickly in India market, their brands are certainly not as strong as Samsung, so they need to infuse freshness regularly to find new pockets and segments of growth specifically in India, without cannibalising their original brand, which generally follows same brand strategy globally,” said Singh.

Poco/Redmi, Realme, Vivo declined from participating in the story.

Like any other trend in the smartphone business, a few sub-brands are indeed just sheep following the herd. However, since it’s not as easy as putting notches on screens, the majority of sub-brands are results of extensive research.

The whole concept essentially narrows down to manipulating brand perception. It’s either about going places where the parent brand cannot in its current state or staying where it is today whilst continuing to progress and experiment.

There are a ton of more sub-brands expected in the coming quarters as companies try to streamline their lineups and capitalise on the growing niches including mobile gaming. Whether they end up being casualties of a harsh market or propel their parent out of the downturn blues, remains to be seen.

The author is a freelance technology journalist from Ahmedabad. He tweets from @phonesoldier