Realme 5i has a massive 5,000 mAh battery which can work as an advantage over the other smartphones in this price segment.

If you haven't noticed already, competition in the smartphone industry has turned almost combative, especially since the last year. I have actually lost count of the number of phones Realme, Vivo and Xiaomi launched in 2019, and I literally get paid to keep track of the launches.

And just 9 days into 2020, Realme launched its first smartphone of the year — Realme 5i.

This smartphone is a part of Realme 5 series that already includes Realme 5 (First impressions), Realme 5 Pro (Review) and Realme 5S.

I got to get my hands on the Realme 5i for a few hours, and here's what I think about this Rs 8,999 device. 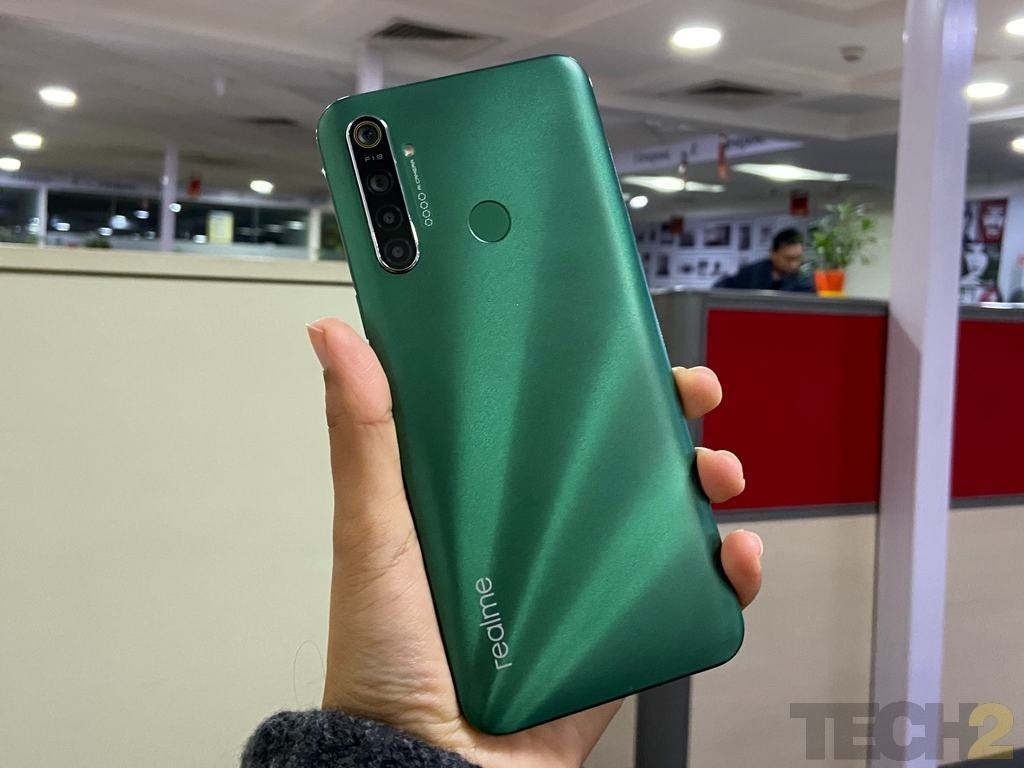 The Realme 5i has what the company calls a "Sunrise design" and not the "diamond" pattern that its phones usually have.

The first thing you would probably notice in the product images here would be that this Realme phone is not black or blue. With the Realme 5i, the company has launched a new Forest Green colour option, which is interesting in this sub-10k segment. Having said that, there is still an option for a blue variant, with an option called Aqua Blue.

In terms of design, unlike other Realme phones, the Realme 5i has what the company calls a "Sunrise design" and not the "diamond" pattern that its phones usually have.

Another thing, besides the green colour option, that stands out is the shape of the device. Realme 5i has a very Galaxy S-series like tall display. While aesthetics-wise that may take a while to get used to, but in practice, it's actually more comfortable to hold than a phone with a wide screen like Redmi 8A (Review). Something I didn't like about the phone's design is the camera bump at the back, which is a little too protruded.

Other than that, it has a quad-camera setup at the rear, which is interesting for a sub-10k phone. Besides that, the design aspect is pretty standard: rear-mounted fingerprint sensor, waterdrop notch display, thin bezels.

The placement of the rear fingerprint sensor is good and you don't have to struggle to navigate it. The phone is easy to hold as it has a plastic back makes it light (195 gm) even though it has a 5,000 mAh battery. 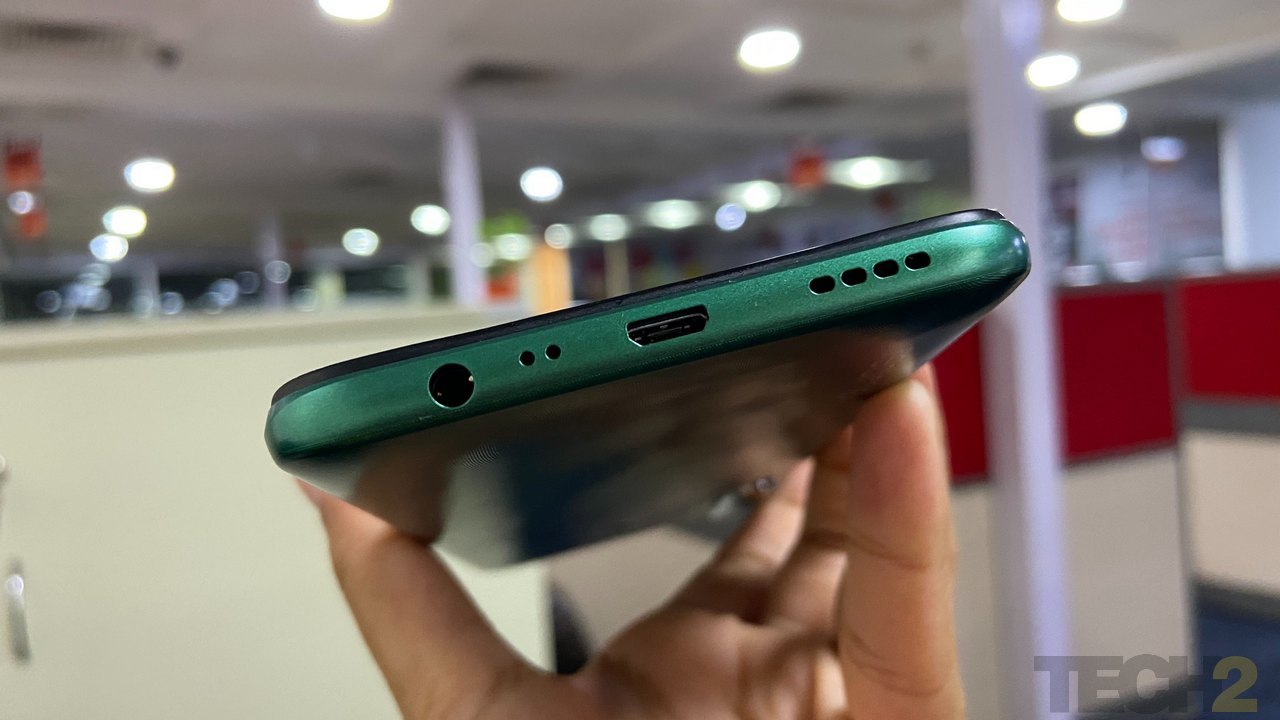 Realme 5i has a 3.5 mm headphone jack, speaker grill and a MicroUSB port at the bottom.

Something I didn't like about the phone's design is the camera bump at the back, which is a little too protruded. That could attract a lot of scratches and dust.

Another thing that didn't particularly make me happy was Realme 5i body. Though I loved the colour, and I love the fact that the plastic back actually makes the phone smudge and scratch proof, but I did think that the plastic feels a little cheap. But the only way I made peace with it was by thinking that it's the plastic back that has helped this phone not feel too heavy even with a 5,000 mAh battery packed in it. I used the phone for a brief period of time and I think that the display offers mediocre colours.

The smartphone features a 6.52-inch LCD multi-Touch display with a resolution of  720 x 1600 pixels. It has an 89 percent screen-to-body ratio. I used the phone for a brief period of time and I think that it offers mediocre colours. However, the display is smooth and has decent sunlight legibility too.

Portrait mode for selfies is also just decent, however, what I liked was the quick autofocus in the mode. Edge detection is decent most times.

When I first tried out the camera, and clicked an image in the regular photo mode, I thought I clicked with the beauty mode at maximum, because the image looked heavily edited! However, when I checked back, the beauty mode was turned off and I figured that's just how this phone's camera works.

You will see in one of the pictures in the Flickr album below that in the regular photo mode, even with the AI beauty turned off, the camera has "beautified" my colleagues face and the floor beneath her too. In turn, the image lacks any sharpness at all.

Of course, I am going to continue to use this phone for a few more days to search for any signs of improvement and will update you about it in my review of the Realme 5i, which is coming soon.

Click here to see the camera samples shot by Realme 5i The #Realme5i will go on open sale starting 12 noon today on Flipkart. Ahead of the sale, @Nandiniwhy brings you a quick first look of this Rs 8,999 device. @realmemobiles pic.twitter.com/lBCJpZfvGx

Realme 5i comes in just one storage variant that offers 4 GB RAM and 64 GB internal storage. It runs on ColorOS 6, based on Android 9 Pie. Although the company has announced that its siblings — Realme 5 and Realme 5s will get the latest Android 10 based Realme UI in May this year, there is no word on Realme 5i yet. Realme 5i runs on ColorOS 6, based on Android 9 Pie.

The smartphone is powered by Snapdragon 665 chipset. It is equipped with a massive 5,000 mAh battery that charges with a 10W that comes bundled in the box. The audio quality is less than ideal I must say but surely not a deal-breaker.

Realme 5i is priced at Rs 8,999 and has a lot to offer, including a 5,000 mAh battery, good design, but the camera quality looks like a pain point right now, especially when it is so closely priced to the Redmi Note 8 (review), which offers a 48 MP quad-camera setup. 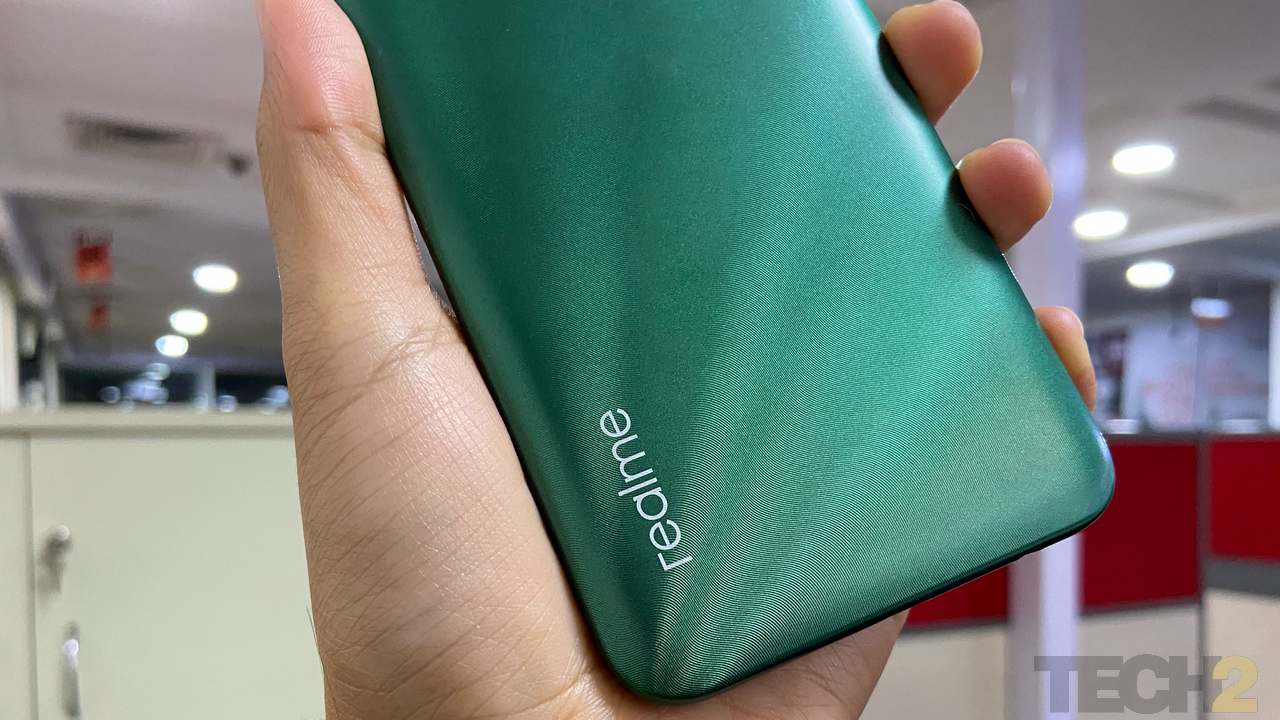 Besides that, in this segment, the Realme 5i also competes with the likes of Moto E6s (Review) and Redmi 8A(Review), however, the Realme phone may actually be able to trump these two. But, we will only know which phone turns out to be the best buy in this segment once I am through my in-depth review of the Realme 5i. Stay tuned!

Realme 5i India launch highlights: Priced at Rs 8,999, will go on sale on 15 January

Realme 5i to launch in India at 12.30 pm today: Here is how you can catch the live updates