The Realme 5 Pro could also be sporting an AMOLED display and could come with an in-display fingerprint scanner.

Realme is set to launch its Realme 5 series of smartphones on 20 August. The phones expected to be launched include the Realme 5 and the Realme 5 Pro. We already known that these phones will be coming with a quad-camera setup. Now, a latest leak by a tipster reveals some more details about the phone. 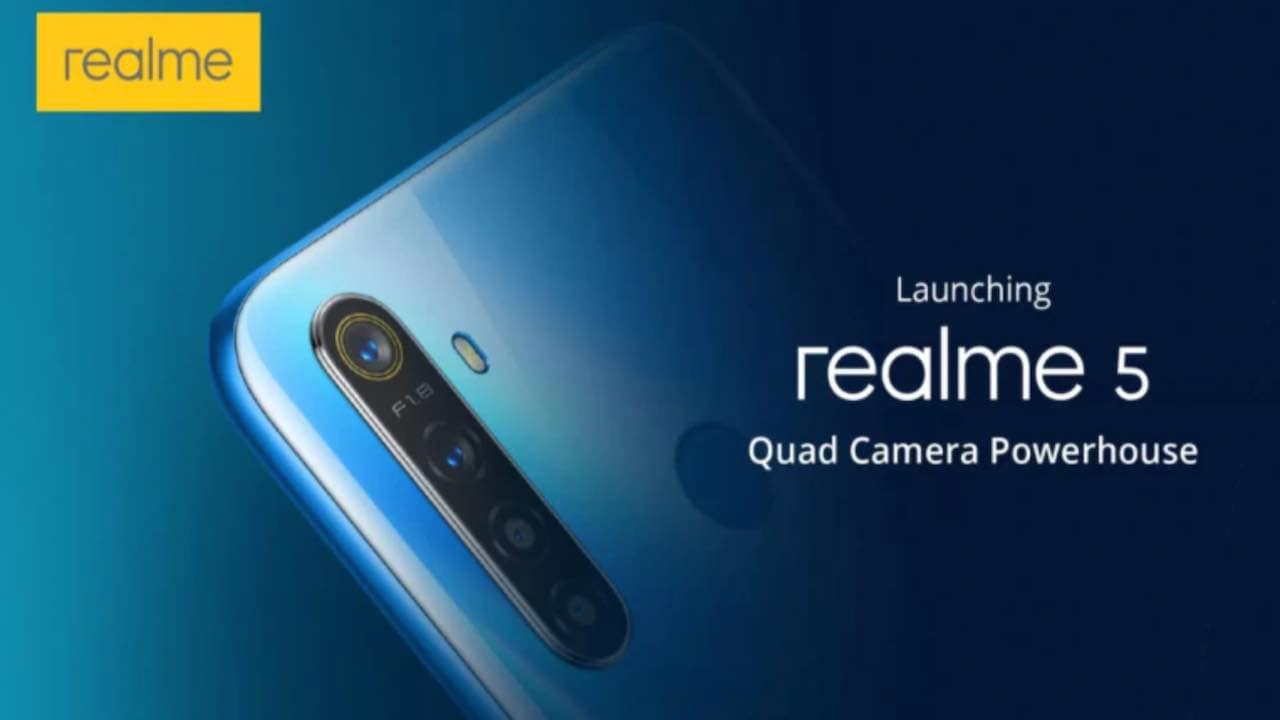 A Flipkart teaser has revealed that the 48 MP camera on the Realme 5 Pro will come with f/1.8 aperture and 1.25 micron pixel size. The wide-angle lens in the quad camera setup is expected to come with a 119 degree field of view. Apart from a regular and wide-angle lens, the other two lenses will support super macro and portrait shots.

Flipkart teased a short video where a phone flaunting the quad-camera setup at the back of the device is revealed.