The Realme 2 has been launched for Rs 8,999 and will go on sale on 4 September on Flipkart.

Realme, a sub-brand of the Chinese handset maker Oppo, recently split up with its parent and established itself as a new company. It's now here with its second smartphone, the first since the split, and it's called the Realme 2. When you first look at the device, It very different from its predecessor, the Realme 1, in terms of size, but you notice some big changes when you take a closer look.

The Realme 2 has a notch, unlike the Realme 1, and the company has been pushing that as a key ‘feature’ from what we can see in their teasers, which run the tagline ‘A Notch Above.’ The ‘diamond cutting’ design on the glass back is somewhat attractive. That glass back, however, also collects a lot of fingerprints.

A big change is the inclusion of the fingerprint sensor at the back. Realme 1 did not have that, and I'm thankful that it's given up on the overly ambitious plan of sticking with only an unsafe face unlock as a biometric unlock option. Realme 2, with its prominent chin and notch. Image: tech2/Omkar Patne

The device has been with me for a couple of days, and using it has been a pleasant experience. I have used Apple’s iPhones for years and using an Android device, even for a couple of days, took some getting used to. The Realme 2 however, has surprised me. It took little effort to switch and I had almost no problems using it. If a person like me who fears change, like switching entire ecosystems (I still love you, Apple!), can enjoy this device, it definitely shows a lot of promise for people who want to buy a phone in this price segment.

The Realme 2 is a good looking device. I like the design at the rear because it is a fairly trippy design, called the ‘diamond cutting design’ which shines as you play around with light reflecting on it. What is a turn-off is that you will frequently find yourself cleaning the back. The glass on the rear is a lover of fingerprints, hindering the design, and compelling you to put on a phone cover. 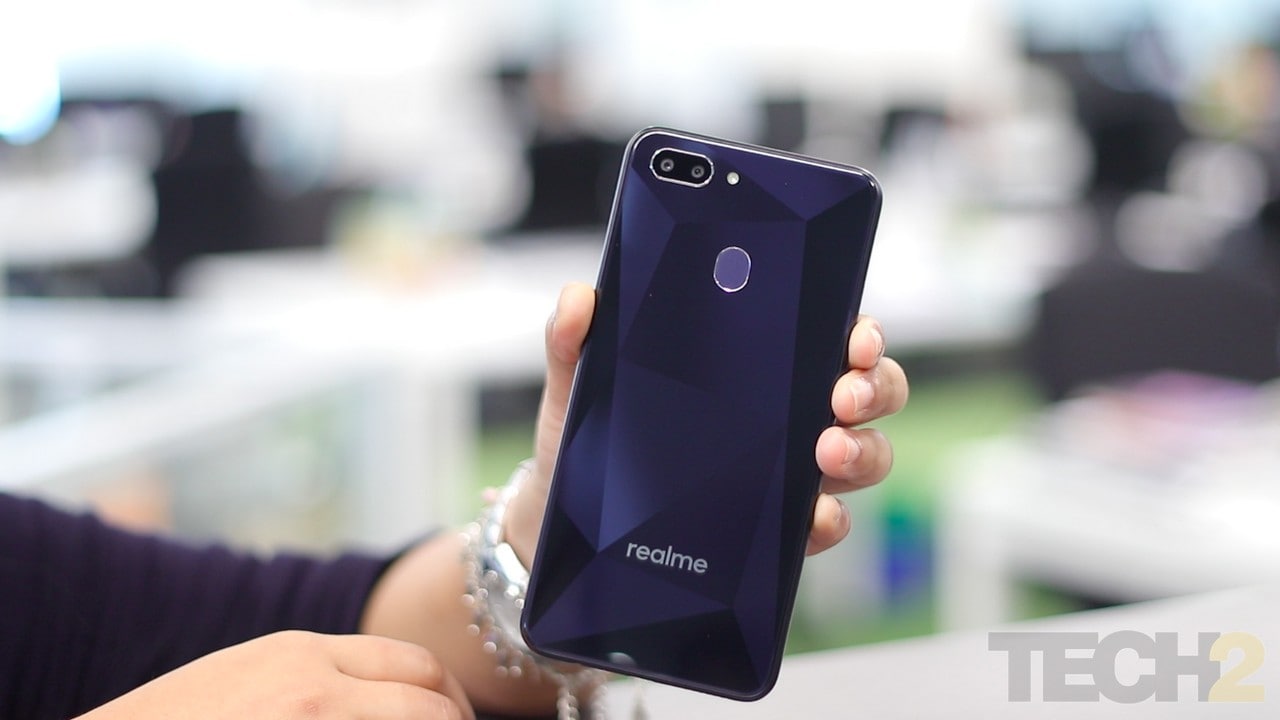 The Realme 2 has a 'diamond cut' design on the rear. Image: tech2/Omkar Patne

On the front, at the top, there is the iPhone X-inspired notch and at the bottom, you see a thin chin.

On the rear, the device has a dual camera setup and an LED Flash next to it. Below this, is a fingerprint sensor that's slightly depressed into the body like most fingerprint sensors. So far, it hasn’t failed me even once when it comes to unlocking the device.

The device is fairly light at 168 grams. Though a bit large, the device will be easy to hold. My slightly small hands did not have much of a problem using the phone. The fact that phones that are getting ‘bigger and better’ by the day totally discounts people with small hands, especially women, and it’s an issue that needs a separate addressing.

The Realme 2 has a 6.2-inch multi-touch HD Plus display with a resolution of 1520 x 720 pixels. It has an 88.80 percent screen-to-body ratio and is protected by 3rd generation Corning Gorilla Glass. 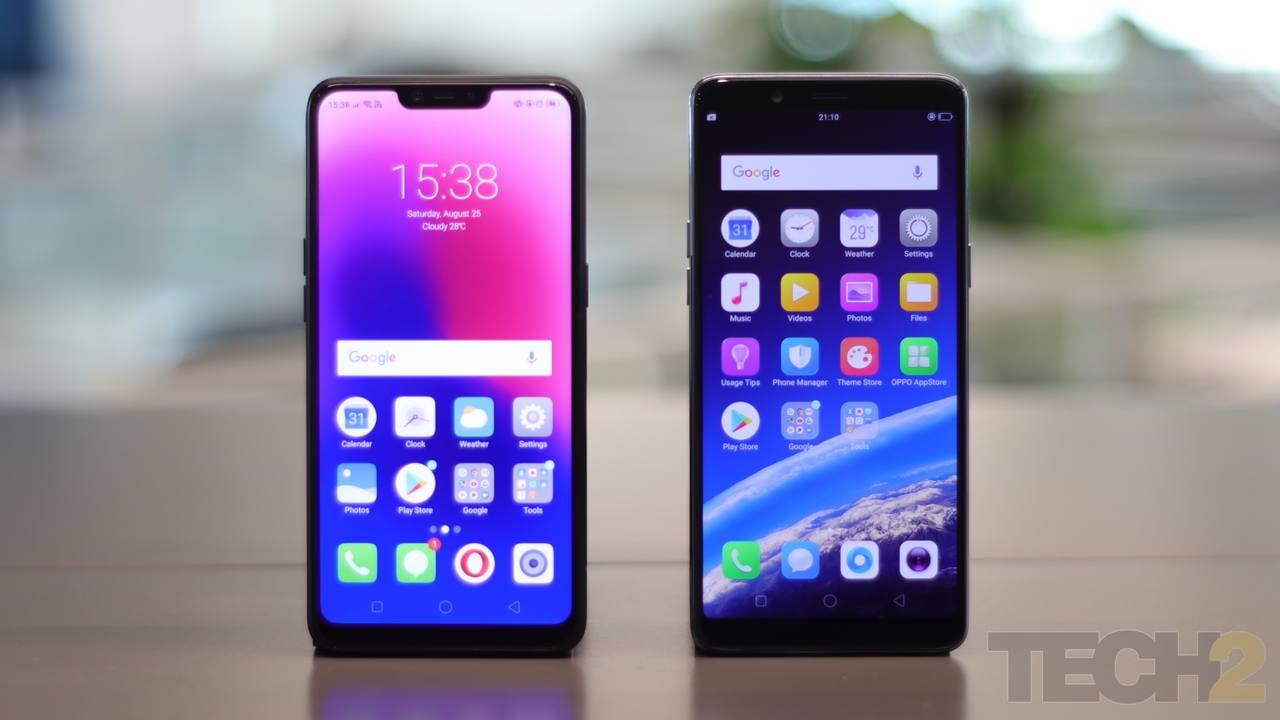 The Realme 2 beside its predecessor, the Realme 1. Image: tech2/Omkar Patne

It’s monsoon season in Mumbai, and I needed the phone screen to be bright enough when I was out, even in the day. The screen is bright enough, and I have been able to adjust it right in almost all settings.

In terms of graphics, the device has Qualcomm’s Adreno 506, which is a good GPU for a mid-range phone. The Realme 2 beside its predecessor, the Realme 1. Image: tech2/Omkar Patne

Running the Realme 2 is Android 8.1 Oreo overlayed with Oppo’s custom ColorOS 5.1. I have not used it in the past, but it was easy to use. I've always dreaded using Android, but I had little to no problems adjusting to the Realme 2 and ColorOS 5.1.

More details about what I specifically like about this combination of Android 8.1 Oreo and the ColorOS will be in my full review of the device. 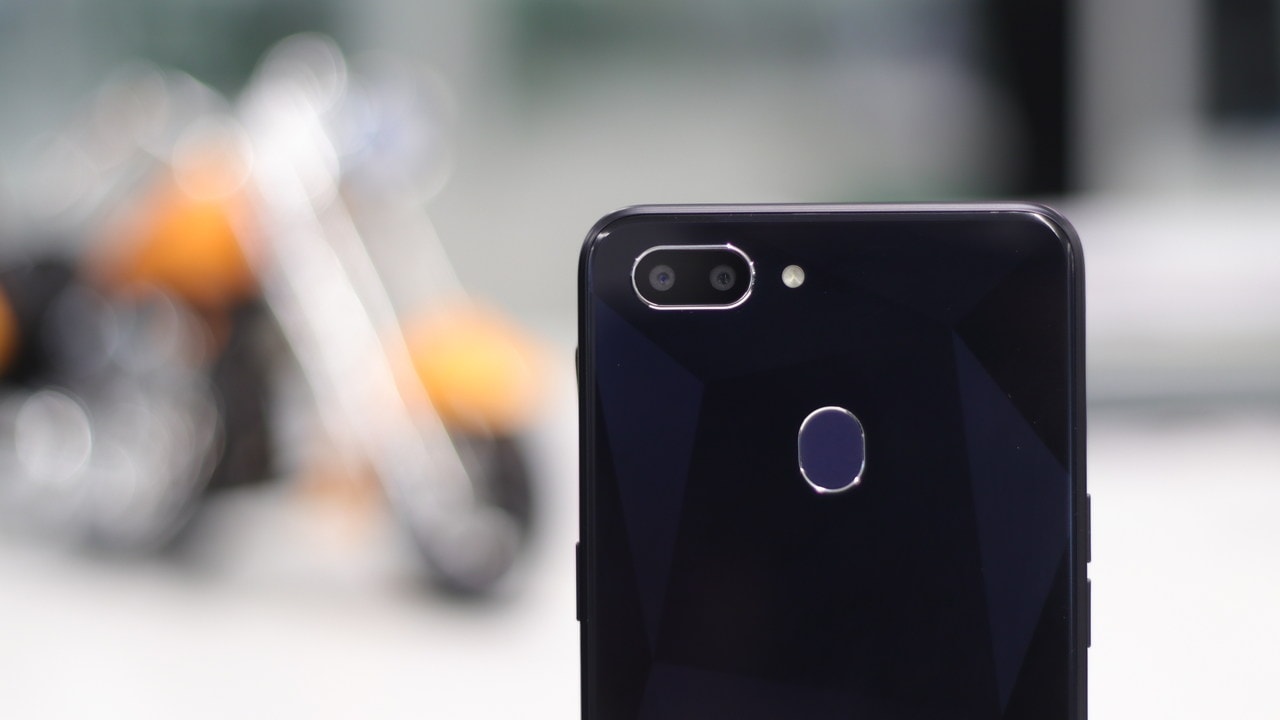 The dual camera on the rear is horizontally oriented. Image: tech2/Omkar Patne

On the front, inside the notch, is an 8 MP camera unit with an f/2.2 aperture. The selfies look alright.

There are options like AI Beautification, front camera HDR and bokeh mode when you take photographs.

While the camera is not all that impressive, my review of the device will definitely give you more details about how the phone compares in terms of optics with other phones in its price range.

The best thing that I like about the phone is the battery life. With a massive 4,230 mAh battery, I haven’t had to charge it too often and I find that incredibly convenient, especially for a person like me who isn’t all that organized with her phone charging.

Three features of the Realme 2 make me believe that the phone will make for a promising device. One: the big battery, two: good looks and three: the fingerprint sensor at the back, which the earlier device did not. 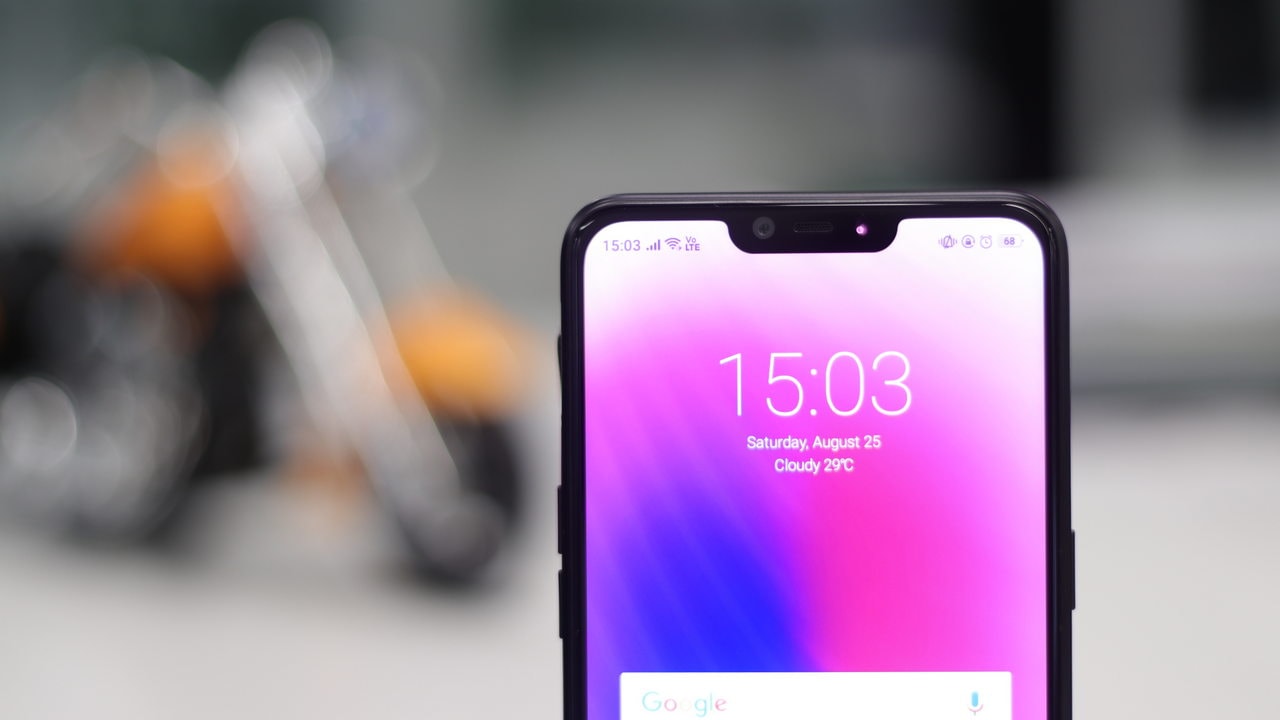 The place where the Realme 2 loses points is in terms of its camera.

While my first impressions are purely on the basis of using it and do not factor in the price — I got my hands on it a few days before the official pricing was announced — the full review surely will. You can look forward to that later this week.

For more information on pricing and availability details, head here.

Oppo A7 featuring a waterdrop notch, Snapdragon 450 launched in India at Rs 16,990