Qualcomm’s latest chip features a range of improvements to help it deal with artificial intelligence tasks like recognising and categorizing images. 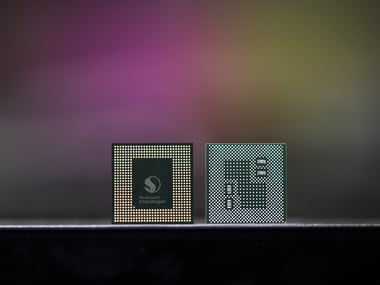 The chips are increasingly important to Qualcomm’s financial picture while its patent licensing business is under attack from Apple Inc.

Qualcomm’s latest chip features a range of improvements to help it deal with artificial intelligence tasks like recognising and categorizing images, Keith Kressin, a senior vice president at the company, told Reuters in an interview.

For the first time, Qualcomm’s Snapdragon chip also features physically separate processor called a “Secure Processing Unit” for storing information like fingerprints and iris scans, similar to technology found on Apple’s iPhone. Previous Qualcomm chips had a “trusted zone” that was not physically separate from the rest of the processor.

“With biometric identification on the rise, it was important to take (security) to the next level,” Kressin said.

The company tweaked various parts of the chip for so-called machine learning applications. While that includes things consumers might notice like image recognition, it also includes behind-the-scenes improvements. For example, the chip will help ensure that a user’s fingers do not accidentally register as taps when gripping the sides of an edge-to-edge display.

Kressin said the chip will also help phones register touch screen inputs when wet. That is a critical improvement because even though many top phone models from Samsung and others are now water resistant, they are difficult to operate with water on the screen.

The newest Snapdragon also has features aimed at virtual and augmented reality headsets. One feature called “Adreno foveation” will let the edges of a headset screen operate at lower resolutions while the centre of the screen is sharper, similar to how human peripheral vision is fuzzier than central vision. The technique can save battery live, Kressin said.

Qualcomm does not disclose revenue figures for its Snapdragon chips. But they are an increasingly important part of its business because its lucrative patent licensing business is under attack in a series of legal actions from Apple.

Qualcomm is also facing a $103 billion takeover bid from Broadcom Ltd, which earlier this week said it would nominate a slate of directors to Qualcomm’s board.