The phone also sports an in-display fingerprint sensor with a narrow chin at the bottom of the display.

The latest hands-on images of the much rumoured Oppo R17 are out and we cannot help but notice that its notch is similar to the one we have seen on the yet to be launched Oppo F9.

Before talking about the newly designed notch, lets first get to the images which were leaked on Weibo. The picture shows a vertically placed dual lens camera with an LED flash camera at the rear of the phone.

The images show a smartphone with an edge-to-edge display, with very less space for bezels. On the top, it has a small notch which as mentioned previously is quite similar to the  Oppo F9. The notch takes up very less space, however, one cannot say how much difference will it make while viewing. There is a sensor placed on the notch. It looks quite similar to the Essential PH-1. 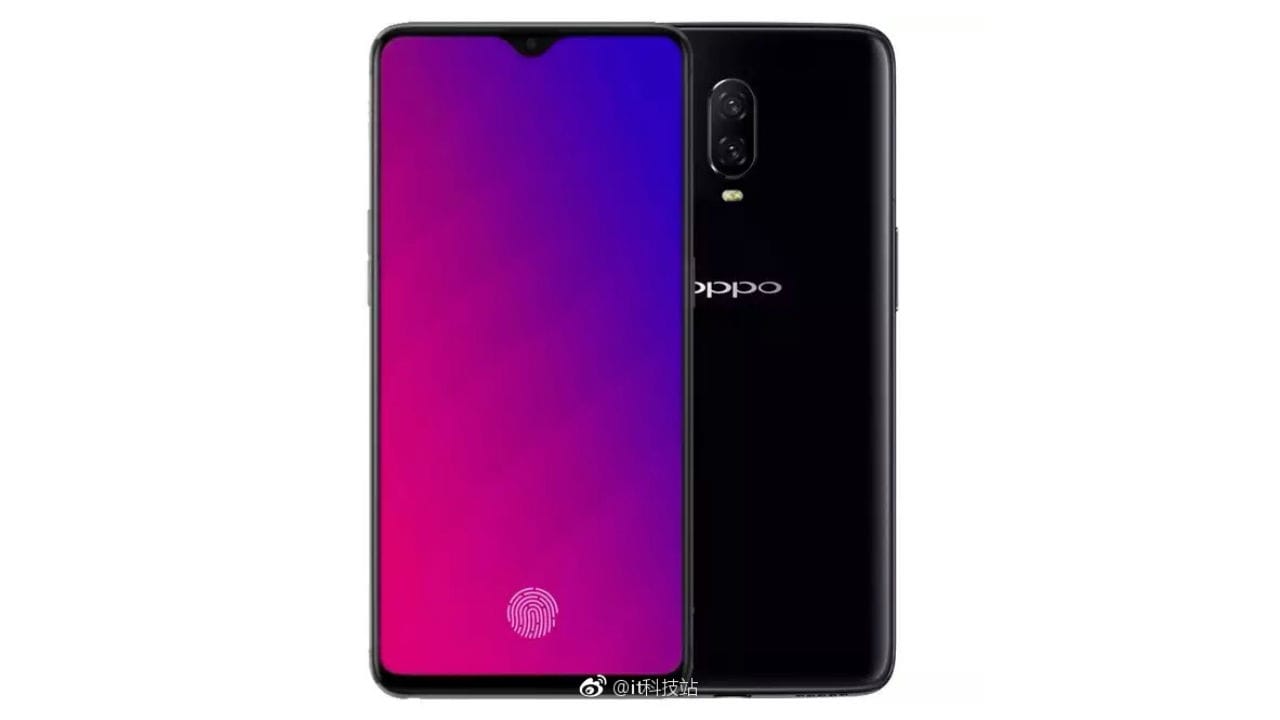 Oppo R17 to sport a notch similar to the Essential PH-1. Weibo.

The phone is also expected to sport an in-display fingerprint sensor with a narrow chin at the bottom of the display. The display is expected to be waterproof.

As per the image, Oppo R17 will come in a gradient colour. One can expect the Oppo R17 to be equipped with Snapdragon 670 chipset according to some speculations online.

As per the Weibo post, the smartphone is expected to come equipped with a flash charge, NFC.

Earlier reports tell the Oppo R17 which will succeed the Oppo R15 is expected pack a whopping 10 GB RAM. The recent Oppo Find X was launched with an 8 GB RAM.