The two other model numbers listed are said to be regular variants which might be configured differently.

Oppo F7, launched in March this year, may soon be having a successor. It's supposedly called the Oppo F9 and it's said to sport a dual lens camera setup on the back.

The F7 came with a notch, a 25 MP front camera with AI support and was completely selfie-centric, the F9 is also expected to be no different. This report reveals a dual-lens camera on the back in a horizontal position with an LED flash on the top left corner. This is different from the single camera F7. A recent teaser from Oppo suggests that the smartphone may be arriving in August. The other model numbers listed are said to be regular variants which might be configured differently.

The Bluetooth certification listing for the supposed Oppo F9 and F9 Pro are said to be showing listings similar to Oppo F7, Oppo F7 Youth, Oppo R15 and Realme 1. It is also said to be likely powered by the MediaTek Helio P60 chipset (MT 6771). 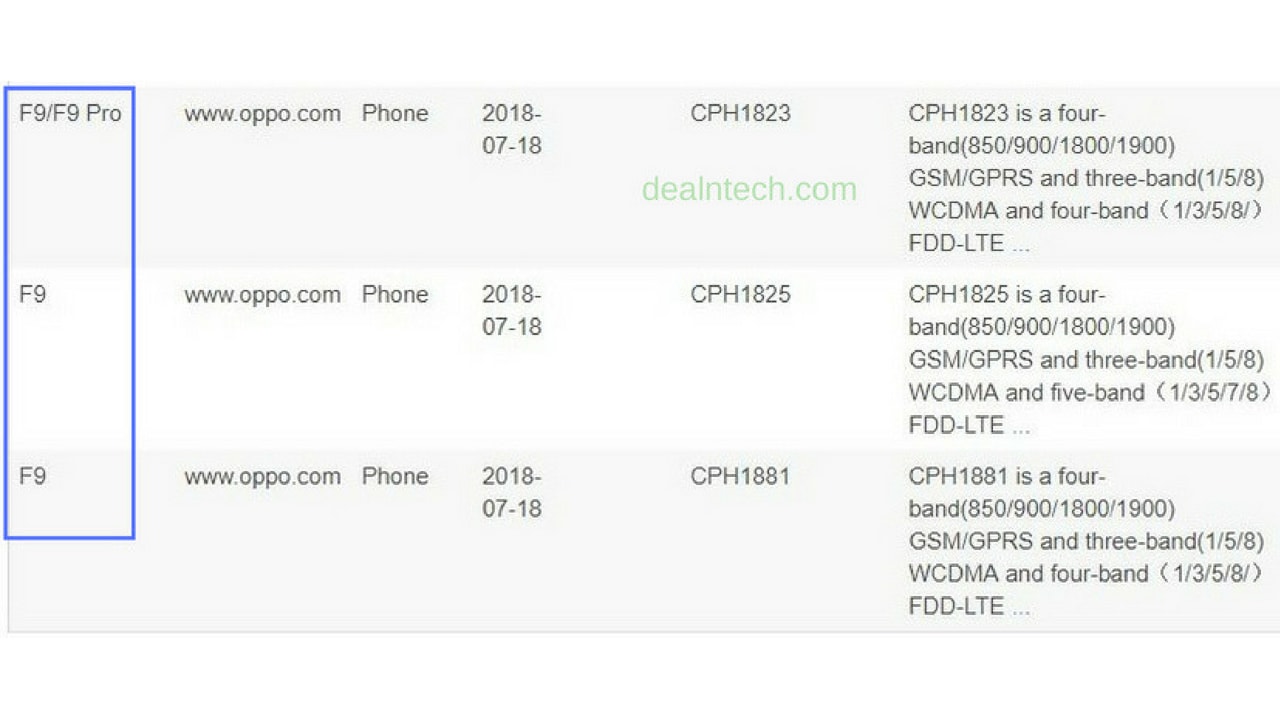 Oppo F9 Pro to launch on 21 August at 12 pm: Here's what we know about the phone

Complete Oppo F9 specifications leak ahead of its official launch