A Reddit thread revealing a deleted reply from OnePlus states that the company's technical team decided to remove the feature at the last moment.

It has been a week since the OnePlus 6 went on sale in India and there are certain pertinent questions that OnePlus users are beginning to ask the company on its community forums. 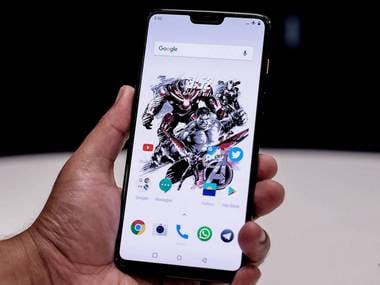 For one, OnePlus chose to leave out wireless charging despite introducing a glass back on the OnePlus 6 and it now appears that the company also removed the 'always-on display' feature from the phone just before launching the phone.

A Reddit thread revealing a deleted reply from OnePlus states that the company's technical team decided to remove the feature at the last moment because of its ill-effects on the overall battery life of the phone.

The move may not be a deal breaker for most interested in buying the phone, but considering OnePlus strongly believes in listening to its users before implementing a feature, many believe it could be left as an option in the setting menu.

As per a report by GSMArena, pre-release units of the OnePlus 6 did come with the feature, but an OTA update released a day after the launch removed the option enlisted under the Settings menu.

Whether OnePlus made the right decision in removing the feature altogether is something fans are still arguing about, but sales of the OnePlus 6 seem to be hitting record numbers for the company. We have also reviewed the phone in detail and think that the OnePlus 6 is yet another winner from the company given its pricing.

The top-end Marvel Avengers Limited Edition of the OnePlus 6, priced at Rs 44,999 went on sale today, exclusively on Amazon and the OnePlus online store.