OnePlus also talked about the position of the notch by adding that moving it to sides would have affected camera angles of the front camera.

Pete Lau, the CEO of smartphone maker OnePlus took to the company forums to discuss the notch in upcoming flagship by OnePlus. The forum post defended company’s decision to include a notch on the display with the rationale behind the move. This post comes days after the company revealed the top half of the front display revealing the notch.

According to the post, OnePlus claims that it wanted to make “the most out of every square inch” of the device. Lau explained that with each passing year, the components decrease in size freeing space so that the company no longer needs “the entire width of a top bezel” to implement the same technology as present in previous generations of OnePlus devices.

OnePlus has focused on increasing the size of the display given the extra available space. Lau added that the company aimed at “optimal phone design” while ensuring that there was no compromise on the performance of the device.

OnePlus also talked about the position of the notch by adding that moving it to sides would have affected camera angles of the front camera making it hard to orient the camera while maintaining the speed of taking the photos. It would also affect the face unlock feature that OnePlus claims is “industry-leading”. On a related note, we at Tech2 believe that iPhone X still is the industry-leader when it comes to the face unlock technology.

Moving back to the post, the company added that other solutions such as the mechanical ‘pop-out’ camera as part of the Vivo APEX have not matured enough to maintain the speed, performance and durability while taking images. 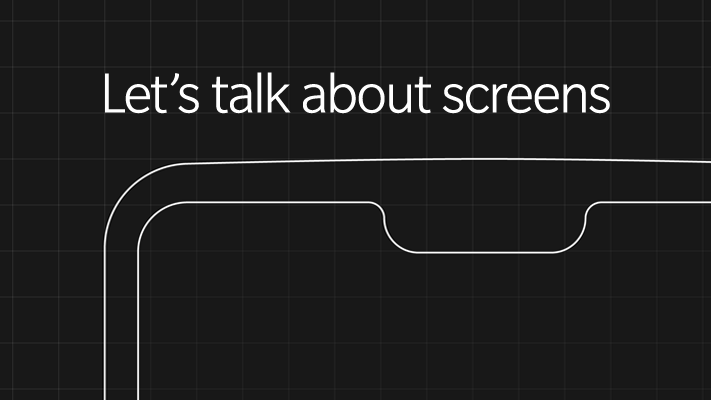 Lau added that the company focused on three factors, maximising viewable area, display performance and scaling up production according to the demand while finalising on the notch design. The 19.616 mm by 7.687 notch “occupied a minimal amount of space” while increasing the viewable area without sacrificing much. The team further focused on brightness levels, colour range, chromatic accuracy and a number of other factors to select the display panel that would work well with the notch display.

He went on to add that OxygenOS will be optimised to work with the notch so that users will be able to see and access all the notifications. The company added that it can’t reduce the chin of the display because that is where the display ribbon is connected to the internal hardware. The software will also have a mode where individual apps can be selected to enter ‘a compatibility mode’. This mode blacks out the sides of the notch when in landscape mode. OnePlus has tested this mode with 1000 most popular apps on the Google Play Store adding that “it works wonderfully”. This is similar to the what Huawei uses software to remove the notch in its latest P20 and P20 Pro.

This post from Lau comes almost a day after OnePlus co-founder Carl Pei took down the tweet that announced the presence of the display notch after users criticised the move.

OnePlus 6 first impressions: It's got the goods to deliver a truly flagship experience