OnePlus Bullets Wireless earphones will go on sale on 19 June in India at Rs 3,999

The OnePlus Bullets Wireless in-ears are ready to go on sale on 19 June. The headphones are priced at Rs 3,999 and will be on sale on the Indian website of OnePlus. 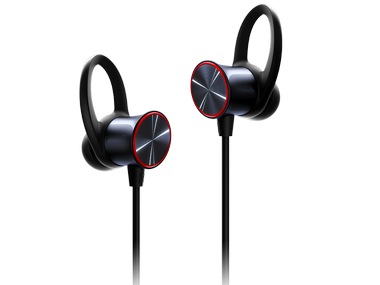 OnePlus Bullets Wireless were announced alongside the OnePlus 6 and OnePlus 6 Avengers edition.

The successor of OnePlus Bullets V2, the OnePlus Bullets Wireless do not have a wired interface. In fact, it's designed like a neckband. The cables are short and connect the neckband to the earbuds.

It also can be used as a supplement to the phone, as it not only plays music but also has a microphone and in-line remote which enables you to use it as a hands-free device.

The headphones connect via Bluetooth to your smartphone and it's easy to switch from music to calls or to even access the Google Assistant.  The headphones are considered to serve as an accessory to OnePlus 6, but as the headphones use Bluetooth, it can be used with a variety of Android and iOS devices.

The earbuds when not in use, magnetically connect to each other from the rear side. This easy mechanism allows the user to simply play and pause the music when detached and attached respectively.

The company claims that the headphones are splash resistant, but according to a report in Android Central they don't have an IP rating.