OnePlus 7 comes with a 6.3-inch AMOLED display with FHD+ resolution and a drop-notch on the top.

While the spotlight is centred around the latest flagship from OnePlus called the OnePlus 7 Pro (Review), we must not forget about the regular OnePlus 7. Both devices were launched on 14 May, however, the OnePlus 7 Pro went on sale earlier. The OnePlus 7, on the other hand, will go on sale starting 4 June. 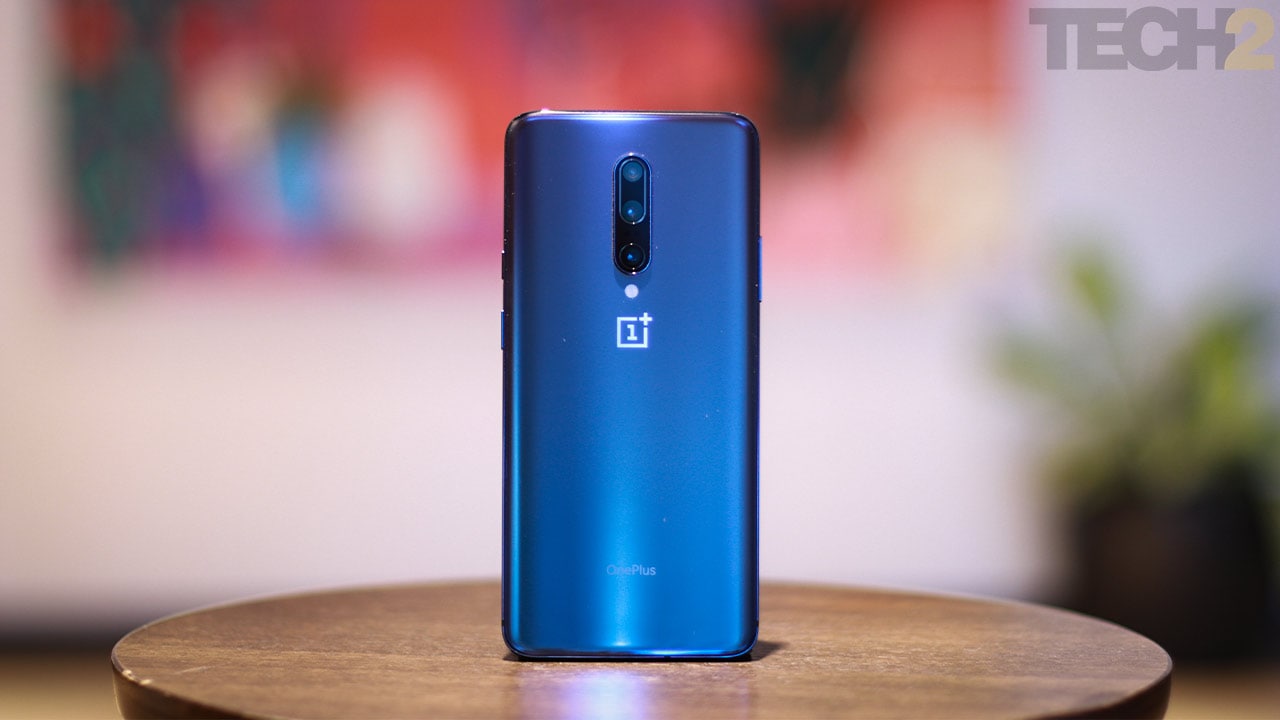 The gradient finish on the glass-backed rear looks really nice.

OnePlus 7, like its Pro model, will be sold exclusively on Amazon and only for Prime customers starting from 12.00 pm on 4 June. Pre-bookings of the device in partnered retail stores will start from 7 June while the sale will begin from 14 June onwards.

The OnePlus 7 comes with a 6.3-inch AMOLED display with FHD+ resolution and a drop-notch on the top. The phone is powered by the Snapdragon 855 chipset paired with the capable Adren 640 GPU.

As far as cameras go, the OnePlus 7 features a dual-camera lens setup. This includes a 48 MP, f/1.6 primary camera with laser and phase-detection autofocus as well as OIS and an 8 MP, f/2.4 telephoto lens capable of 3x optical zoom.

The OnePlus 7 features a 4,150 mAh battery along with OnePlus' 30 W Warp charge technology introduced in the OnePlus 6T McLaren Edition. There's also an optical in-display fingerprint sensor in the phone.

The OnePlus 7 Pro also officially confirmed water resistance on the OnePlus 7 and 7 Pro without any IP rating.