The OnePlus 7 is expected to feature a 6.4-inch FHD+ display and an in-display fingerprint scanner.

The OnePlus 7 is expected to launch within the second quarter of 2019, but that never stops the rumour mill, does it? The latest renders of the supposed OnePlus 7 have arrived and it bears one key difference to other renders we've seen so far.

The renders revealed by OnLeaks and Pricebaba show the upcoming device with triple rear cameras at the back and a full-screen display without a notch of any kind. But unlike the Mi Mix 3-inspired mechanical slider which we'd come across in older renders, the OnePlus 7 is now believed to come with a pop-up camera, similar to the recently launched Vivo V15 Pro. 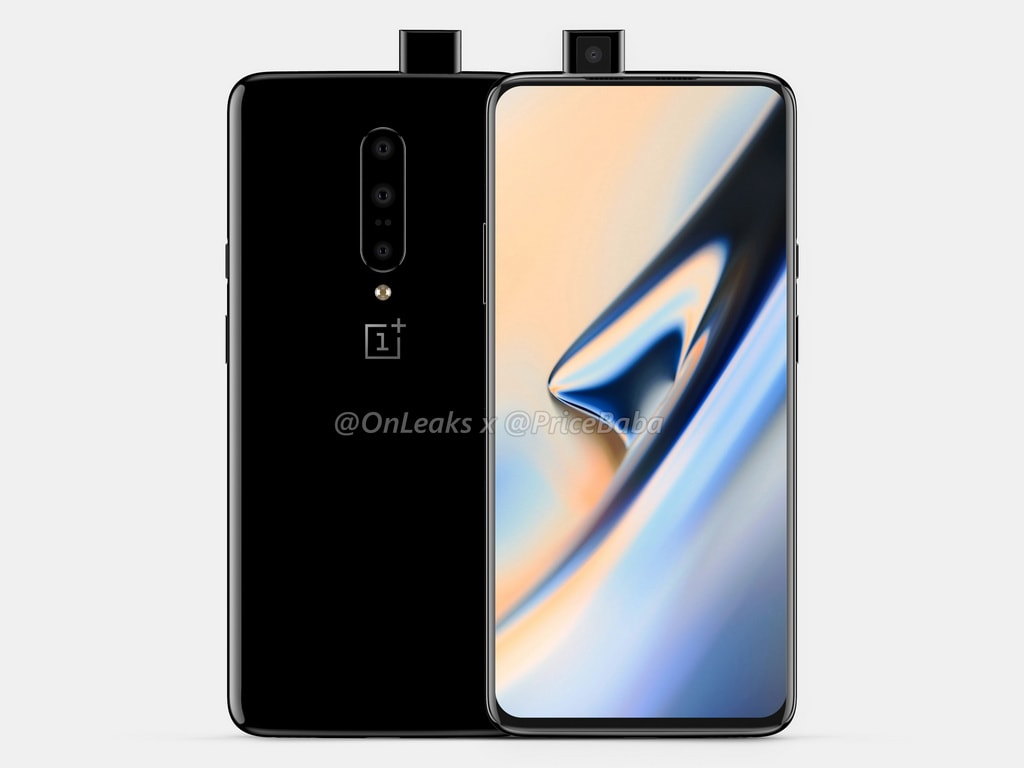 OnePlus 7 front and back as per renders. Image: Onleaks and Pricebaba

The images also hint at three rear cameras this time around and though triple rear cameras are beginning to become the norm now, it will be interesting to see what OnePlus decides to do with it. Besides that, OnePlus is expected to fit a 6.5-inch FHD+ AMOLED display, with bezels trimmed to a bare minimum.

The fresh renders of the OnePlus 7 do not feature a rear-mounted fingerprint sensor which implies that an in-display fingerprint sensor will play a part on the phone. The renders also show a USB Type-C port at the bottom along with a loudspeaker grille. The volume buttons are on the left edge and the power button sits on the right along with the alert slider. 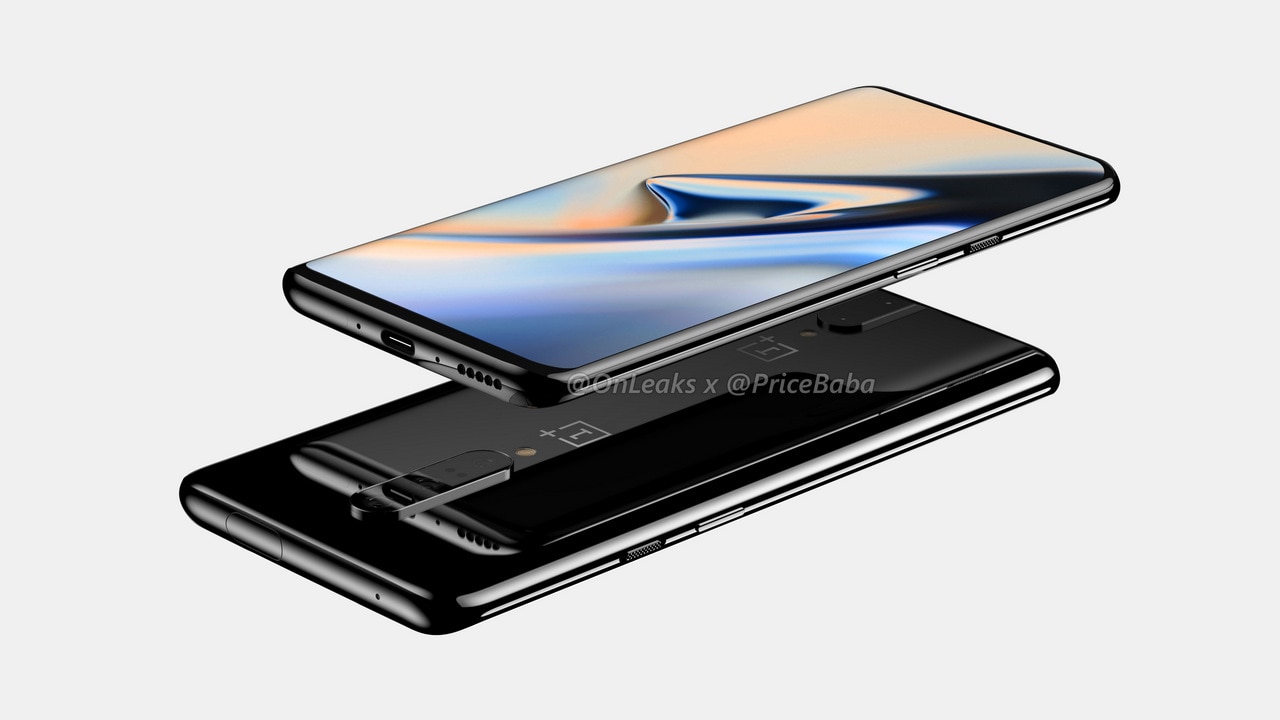 The OnePlus 7 is expected to feature a 6.5-inch display with minimum bezels. Image: OnLeaks and Pricebaba

Lastly, the renders suggest that those hoping for a 3.5 mm headphone jack comeback may have to remain disappointed, as OnePlus appears to have done away with that completely. As per a recent report, CEO Pete Lau has already confirmed that the OnePlus 7 will not get wireless charging, at least the next iteration of the phone won't.

Want to breeze through all the rumours and renders surrounding the OnePlus 7 so far? Head here.

OnePlus 7 Pro to be an 'ultra-premium smartphone' with a better display, says CEO