OnePlus 6 will not be supporting 5G networks as the 845 chipset does not have a 5G compatible modem.

A lot of rumours and speculations are currently being seen online, about the next flagship from OnePlus reportedly being called as the OnePlus 6. Images had been leaked earlier which showed that the phone may have an iPhone X-like notch and a bezel-less display. Now some other reports are pointing to the fact that the phone will support Gigabit LTE connectivity. 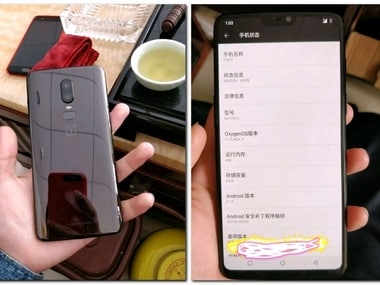 As per a report by XDA-Developers the phone will support Cat.16 LTE for Gigabit Speeds as compared to the Cat.12 which was seen on the OnePlus 5 and OnePlus 5T. The OnePlus 6 is also touted to have the Snapdragon 845 SoC and with the Gigabit LTE support, the phone can provide the highest data throughput amongst all other OnePlus devices.

However, the OnePlus 6 will not be supporting 5G networks as the 845 chipset does not have a 5G compatible modem. Qualcomm is in the process of making the Snapdragon X50 modem to support 5G in its next flagship Snapdragon 855 chipset, which will possibly be seen on handsets from next year.

Nonetheless, OnePlus 6's reported Gigabit LTE connectivity cannot be considered outdated as 4G is expected to remain the widely used option in the near future.

The OnePlus 6 is reportedly expected to sport a display with an aspect ratio of 19:9 and also be released with Android Oreo out-of-the-box.

OnePlus 6 rumoured to be unveiled as soon as March 2018, could have fingerprint sensor under the display

The OnePlus 6 could look a lot like the Oppo R15 with a tiny notch at the top: Report