The Razr V4 will likely have a folding screen that folds vertically giving it the classic Moto flip-phone touch.

The Motorola folding phone has been in the rumour mill for quite some time. With Samsung and Huawei unveiling their respective folding phones, the time is ripe for the Lenovo-owned mobile maker to reveal its own concept of a folding device. The Moto Razr has been one of the most iconic smartphones by Motorola and it seems only fitting that the company's foldable phone resurrects the lineup. 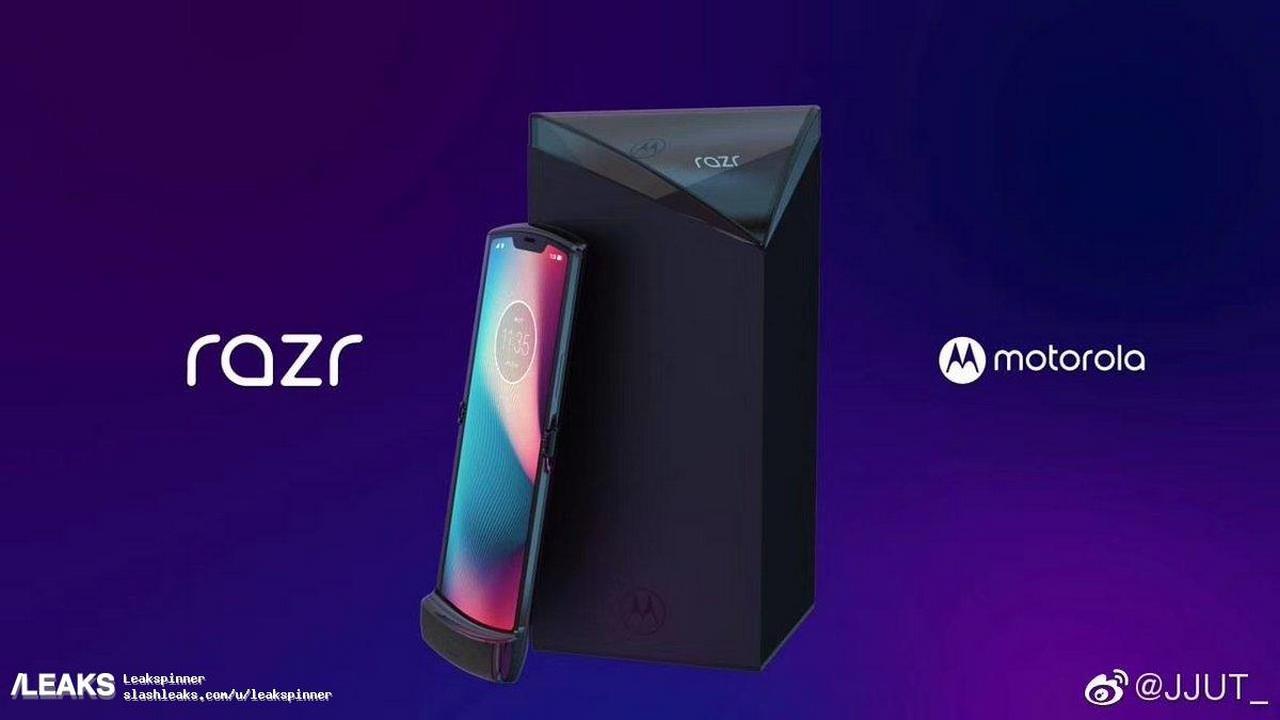 A Weibo post that was identified by Slashleaks and has since been deleted has revealed images of the purported folding Motorola phone that is being called Razr V4. These images show the phone with a long rectangular screen with a raised hinge at the bottom. The box appears to have a prism-like structure with the words Razr inscribed on the top.

The contents of the box show that it will come with a charging dock, a power adapter, a USB Type-A to USB Type-C cable, a 3.5 mm dongle (looks like no headphone jack on Razr V4), earbuds and the device itself.

Apart from that, not much else can be seen in the photo. The Razr V4 will likely have a folding screen that folds vertically giving it the classic Moto flip-phone touch. This is a rather different take on a smartphone with a foldable display as most such devices so far have worked on delivering a smartphone that folds out into a tablet.

If the above images do turn out to be genuine, Motorola could have a rather unique take on the foldable display trend with a smartphone that is just... a smartphone. One that hopefully features a smaller display on the outside and an almost regular-sized display on the inside. One that is not too different from our standard premium flagships, just that this one can be folded when you don't need that big display.

Other leaks have pointed out that the device will likely have a secondary screen, much like the Galaxy Fold. Chipset, RAM, software and most importantly the price of the device are still unknown.

According to a previous report by The Wall Street Journal, the new Razr will be priced at $1,500 in the US. As per The Verge, Motorola will manufacture around 2,00,000 examples of the new Razr.

Explained: Samsung’s breakthrough in 3nm chips & how it translates to higher performance and better efficiency