Although the device that was demoed was just a proof of concept, Motorola and Lenovo are hard at work in developing their own foldable and rollable displays.

Tech analysts across the world believe that the future of mobile technology is foldable smartphones and smartphones with rollable displays and circuitry.

There is a reason why devices such as the Samsung Galaxy Z Fold 4, Vivo X Fold 5G, and the Xiaomi Mi Mix Fold gets tech reviewers and tech enthusiasts so excited. Motorola, however, recently unveiled their take on the next big thing in mobile technology – a fully working concept smartphone that rolls inwards and outwards. 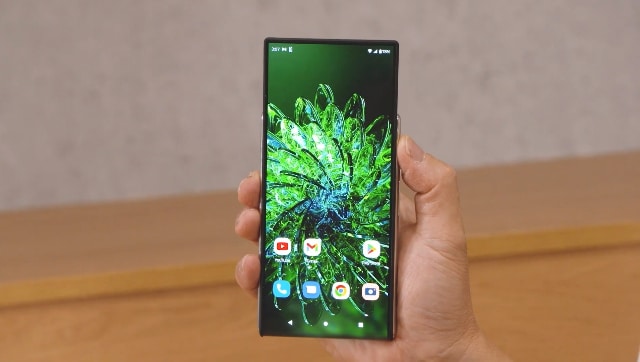 Flexible OLED screens are part of Lenovo and Motorola’s current device lineups. The demoed device, however, is just a proof of concept. Image Credit: Lenovo

Lenovo is currently hosting its Tech World conference for this year, where they normally showcase a bunch of stuff they are working on. The event is a great place to get an idea on the nature of devices that we may expect to see from Lenovo and Motorola.

One of the recent demos from the event that has gone viral came from Luca Rossi, the Group Executive Vice President of Lenovo, who showcased a rollable concept phone. The smartphone expands vertically from a 5-inch device to a 6.5-inch tall screen, just by the click of a physical button, which has been placed on the side.

The 1.5-inch travel may not seem to be a lot, but given just how prohibitively expensive rollable displays and rollable circuitry has been, it is actually quite an impressive feat. Software-wise too, Lenovo has been hard at work; the content that is displayed on the rollable smartphone also gets dynamically adjusted as the display expands. 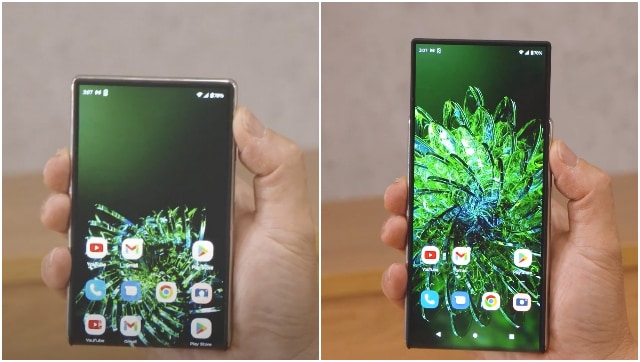 The content being displayed also adjusts dynamically when the device rolls or unrolls. Image Credit: Lenovo

Flexible OLED screens are part of Lenovo and Motorola’s current device lineups with the ThinkPad X1 Fold 2022 laptop and the reborn Motorola Razr line of smartphones. However, the rollable mobile device is just a proof of concept at this stage and shouldn’t be expected to be released to the public, anytime soon.

Along with the rollable device from Motorola, Lenovo is also working on a rollable display for laptops which brings a vertically expanding screen for better multitasking, browsing, and general use case scenarios. However, Lenovo did not share any further details on its rollable phone and laptop plans for now.