Moto X4 (6 GB) impressions: An excellent smartphone that neither needs the extra RAM nor the accompanying price tag

Let's find out if Moto X4 with 6 GB RAM and Android Oreo worth your hard earned money and how significant is the change in the overall user experience. 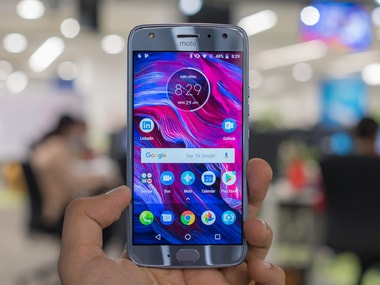 The company sent us this new 6 GB RAM variant of the device along for review. There are not many changes in the hardware of the device from the 4 GB RAM variant that I reviewed just about a month back. There are no changes in the build quality, design, display, or the camera hardware. So instead of diving into all the aspects of the device, I will focus on what is different in this new variant when compared to the variant that we reviewed and how it changes the overall experience.

So, is this new Moto X4 with 6 GB RAM and Android Oreo worth the upgrade? Let's find out.

To recap, the X4 packs in a 5.2-inch Full HD (1080 x 1920 pixels and 441 PPI) LTPS IPS LCD display panel along with Corning Gorilla Glass 3 protection. The device has a 68.4 percent screen-to-body ratio. The chipset is of the Qualcomm Snapdragon 639 variety, which sports an octa-core CPU clocked up to 2.2 GHz along with an Adreno 508 GPU for graphics-intensive tasks. The X4 comes with GPS, NFC, Wi-Fi 802.11 a/b/g/n/ac, Bluetooth v5 with A2DP, LE, aptX and EDR support, 3.5 mm headphone jack, dual nano-SIM slots and Type-C USB ports as part of connectivity options. A fingerprint sensor and the usual plethora of accompanying sensors are included. Last but not the least, this variant of the X4 comes with Android 8.0 Oreo-based operating system out of the box.

As mentioned earlier, the only hardware change in the smartphone is the 6 GB of RAM instead of the previous options of 4 GB and 3 GB. This is a considerable bump in terms of the amount of RAM but does not have much impact on the real-world performance of the device and how apps run on the device. The only place where one may notice the impact of the additional RAM is that more apps can stay in the memory without the need of reloading while multitasking. But here is the thing, not many users would require 6 GB RAM and I am a heavy smartphone user who would install about 70-80 apps just to be okay with the device being my daily driver. I usually don’t kill apps and let them run in the background and I'll have anything from 10 to 25 or even 30 apps running in the background depending on my usage. Even with all of that, I did not notice any difference in how long the apps stayed in the memory when compared to the 4 GB RAM variant. Let's move on to the software, an area which sees considerable changes in this device. As mentioned several times previously, this device will run Android 8.0 Oreo out of the box and that in itself is big news as most of smartphone companies are still working on Android Oreo-based updates for their devices. Motorola, on the other hand, launched the other two variants of X4 with Android 7.1.1 Nougat and just a month later, the company has made the stable version of Android 8.0 Oreo. Sadly, the 3 GB and 4 GB variants of the device will not immediately get Oreo. The update can't be far off, however. What is impressive is that the company has managed to keep the performance on the same level this means that they have optimised the hardware and the software to ensure that the device utilises the hardware. All the Moto-specific services such as the ‘Moto Actions’, ‘Moto Display’, ‘Moto Voice’, and ‘Moto Key’ make a return along with a slight redesign for the app. The ‘Moto’ app will come with two tabs where the first tab will be marked as ‘Suggestions’ for users and the second tab will be named as ‘Features’. All the other Oreo-centric features such as notification dots, redesigned settings app layout, tweaked Android quick settings dropdown and redesigned quick shortcuts are all present. Other than that, it's hard to tell that you've got Oreo. Even the wallpaper is the same as it was on the Nougat-powered X4 devices.

If the device and its variants were just about Rs 2,500-3,000 less, the X4 would have been the de-facto choice for anyone looking for a smartphone with a great user experience and good performance. You can check out our full review for the Moto X4, where we have covered everything from camera image quality to build and design, performance and battery backup provided by the device. The 4 GB RAM variant of the X4 with a price of Rs 22,999 is quite a reasonable option. At Rs 24,999, the 6 GB RAM variant does justify its price just for the hardware, however, given that a user will not notice any difference in performance, I don't think it's worth bothering with this variant. The price bump also pushed it closer to the price range of budget flagships such as the Honor 8 Pro, View 10, OnePlus 5 and OnePlus 5T. These devices are a bit more expensive, but justify their price because of the massive bump in performance they offer.