The foldable phone from Motorola, which has been a talking point for quite some time, maybe announced quite soon. As a matter of fact, a new report has stated that this folding Moto phone could come by the end of 2019 to compete with the Samsung Galaxy Fold and Huawei Mate X. 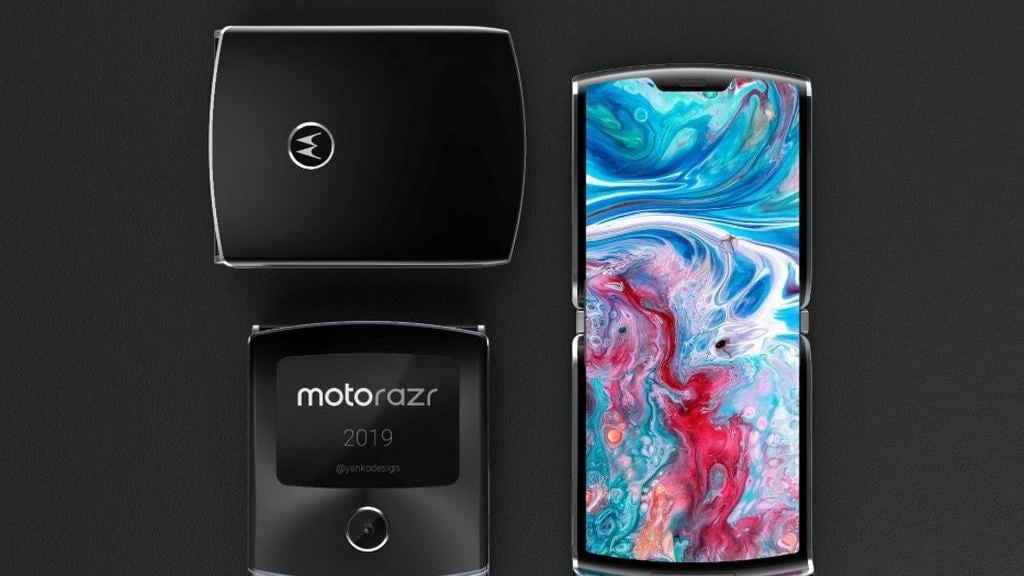 Over the course of the last few months, some details about the Moto folding phone have leaked out which shows that the phone will have a clam-shell design like the Moto Razr phone. The report by CNET states that the phone could launch somewhere in 2019 end although the initial release of the device had been planned somewhere for summer 2019. The reason for the delay hasn't been specified in the report.

As per a report by the Dutch publication Letsgodigital back in August the device is speculated to be released in Europe in December 2019 or January 2020. While this new foldable Moto Razr is definitely cheaper than its counterparts by Samsung and Huawei, it certainly is more expensive than top-tier non-folding smartphones. We will have to see how it holds out in front of the consumers.

Concept renders of the device have been floating around for quite some time which show the phone folding from top to bottom like the original Razr instead of the inwards and outwards folding Galaxy Fold and Huawei Mate X. Like the original Moto Razr this new one is also likely to have a small secondary display which will show notifications, time and more.

The new device will also not be very spec-heavy if the past rumours are anything to go by. The phone is expected to sport a Snapdragon 710 chipset with up to 4 or 6 GB of RAM and 64 or 128 GB of storage. The battery s rumoured to be of a measly 2,730 mAh capacity which indicates Motorola's inclination towards a slimmer device. The screen inside was said to be a 6.2-inch panel with 876 x 2,142-pixel resolution, while the outer panel will settle for 600 x 800-pixel resolution.