Huawei Mate X has paved way for the future of smartphone technology and this has got me very excited!

Click…Unfold…click…fold! That’s how Huawei Mate X goes from a tablet to a smartphone, when you tap its release button.

It’s sturdy, it’s gorgeous-looking, and it is bendy! Ironically though, when I got my hands on the Mate X, I was strictly asked not to fold the foldable phone. The prototype is still in a pre-production phase and that’s also why the company has not officially announced a lot of its specifications.

However, we do know that the Huawei Mate X will be fuelled by two batteries that together hold 4,500 mAh. The battery will be supported by world’s first 55 W charger, that can fuel up your device from 0 to 85 percent in just 30 minutes. 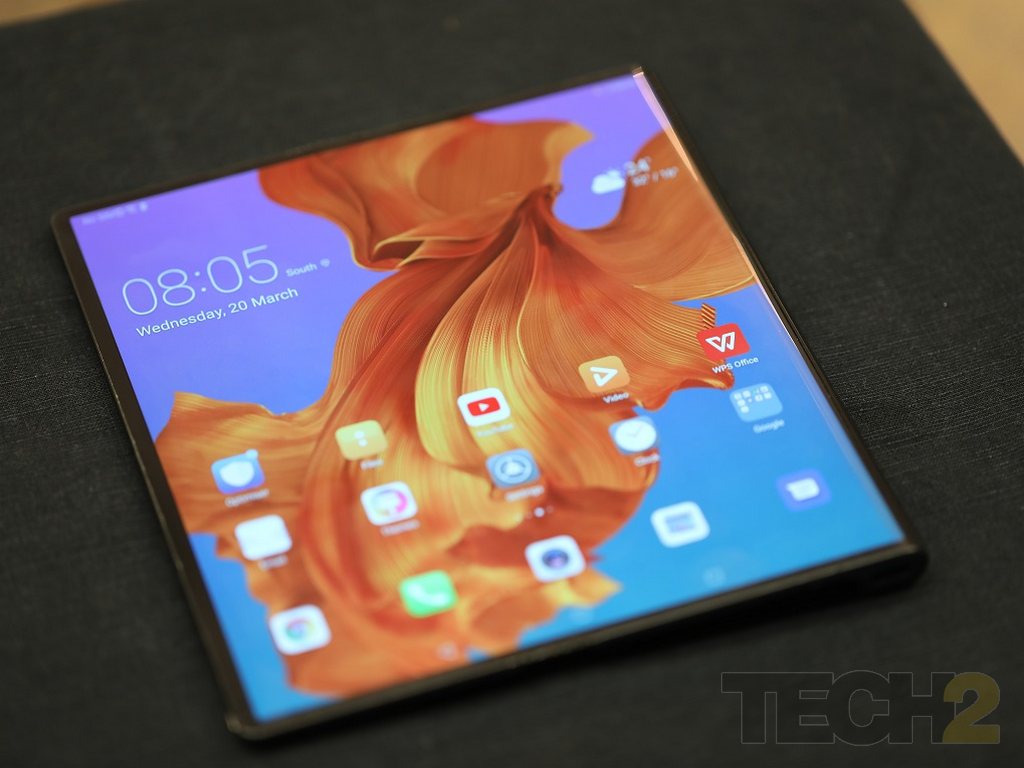 Huawei Mate X Pro has an 8-inch display when in the tablet mode. Image: tech2/Nandini Yadav

What floored me about the Mate X were not its specifications, but the fact that the only-seen-in-patents-till-now technology was right there, in my hands.

One display that folds into two

The Mate X has an 8-inch display when you hold it in tablet mode, which folds outwards to give you two displays — a 6.6-inch primary display in the front, and a 6.35-inch secondary display at the back. The folded part that forms the rear display, mostly serves the purpose for selfie previews and as a viewfinder.

Huawei Mate X sports a triple-camera setup at the back. Image: tech2/Nandini Yadav

This may sound like comparing apples with oranges, but when the Mate X is folded, the front and back screen reminded me of the Vivo Nex Dual Display edition.

Similar to the Vivo phone, the Mate X essentially does not compromise on different or lower resolution sensors for the front-facing camera.

Because the triple-camera setup sits at the back of the device, and the phone folds only mid-way through the back, you are able to use the same camera sensors for both rear camera pictures and selfies.

That camera setup is also the reason why the Mate X is bezel-less and has no notch or punch-hole for the sensors on the display. It’s just pure display on one side. By the way, the image quality was pretty awesome. I used it for selfie videos and rear cam videos and even pictures and the images looked great. I couldn’t transfer these images and video samples to another device but loved what I saw. Clarity, colour, sharpness, on fleek!

I want to go back again and mention the sturdiness of the device. When the Huawei spokesperson was demonstrating the device to us, I kept wondering how delicate the phone would be and I kept telling myself that I must be careful with it. Because I am Miss Butterfingers. However, when I actually got the device, I realised, it actually isn’t flimsy-feeling at all. The hinges are hooked on well. The display does not hang loose from the hinge and the folding mechanism is also quite smooth.

I also quickly surfed through the phone. It was running Android Pie, but Huawei said that when the device does hit the market (which is expectedly the second half of 2019) the phone will come with the then-latest software. 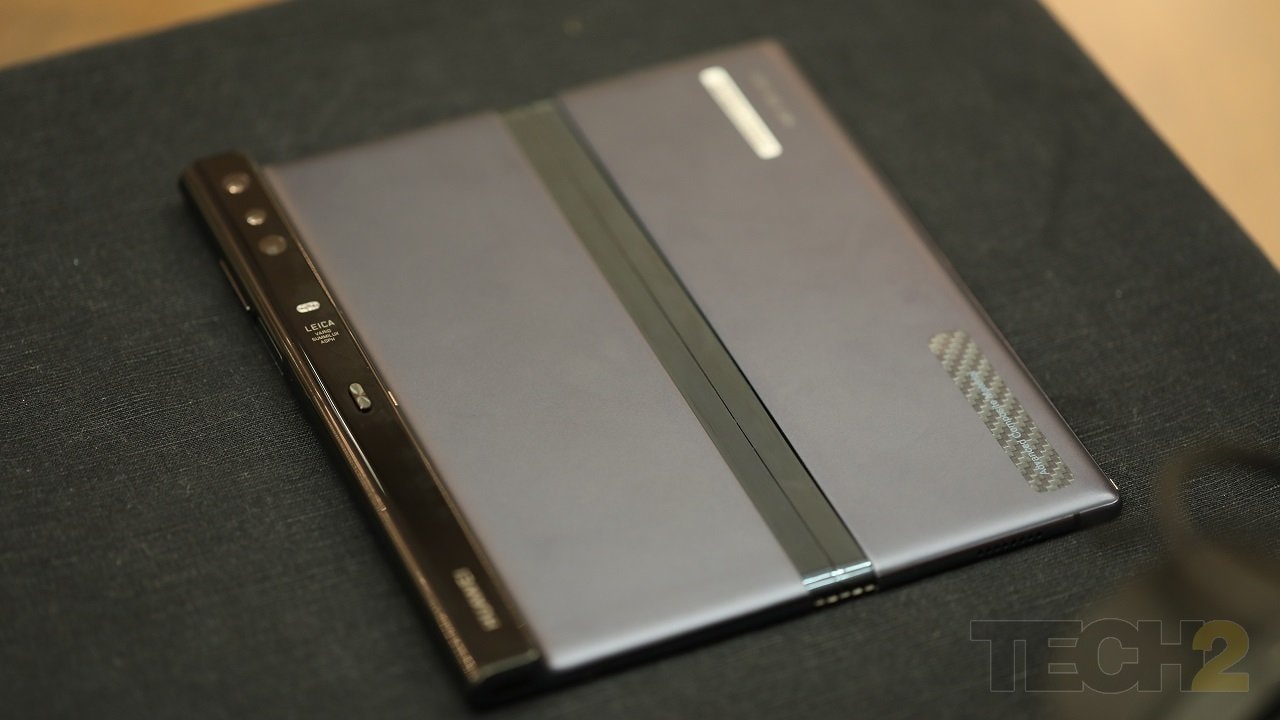 Additionally, I also sneaked a peek into the About Phone section of the phone and saw the device running Kirin 980 SoC, 8 GB of RAM and 256 GB of internal storage.

I was surprised how smoothly the device runs, the touch, the navigation, it’s butter! I deliberately switched apps, split screen, shut apps, opened them, to check for lag, but it didn’t. I also played YouTube videos, surfed through Tech2’s website on the phone, I found no issues.

Shut up and take my money!

And then, when I was done playing with the device, I suddenly realised that I have not only fallen in love with the phone, but actually want to buy it.

I would have to fork out an eye-watering 2,300 euros, and that sounds like it’s never happening.

But here’s me thinking out loud, the Huawei Mate X, or even the Samsung Galaxy Fold, that is launching in the markets in April 2019, may be outrageously expensive and cost as much as a laptop or two, but they have paved the way for revolution in the smartphone industry, and that’s what’s amazing!