The report estimates that there are 291 million urban mobile Internet users and 187 million rural users as on December 2017.

The number of mobile Internet users in India is likely to reach 478 million by June, a report published on 29 March said. 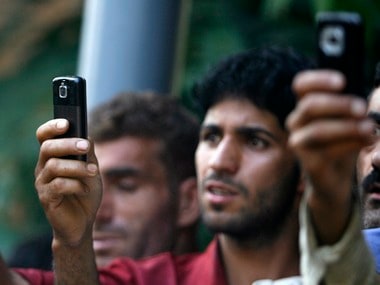 "The number of mobile Internet users increased by 17.22 percent from December 2016 to reach 456 million users by December 2017," said the report titled "Mobile Internet in India 2017", published jointly by the Internet and Mobile Association of India (IAMAI) and KANTAR-IMRB.

The report attributed the popularity of mobile Internet in the country to its affordability.

"Expenditure on voice has been steadily decreasing from 2013; and with the popularity of VOIP (Voice over Internet Protocol) and video chatting, the expenditure on voice services has decreased drastically in recent times," the report said.

"This, in turn, means that there is a rise in proportion of data expenditure in comparison to voice (services) expenditures for most users," it added.

The report estimates that there are 291 million urban mobile Internet users and 187 million rural users as on December 2017.

"Going forward, NTP (National Telecom Policy) 2018 with focus on new technologies like 5G is expected to promote better quality data services at more affordable prices and can be expected to help address the digital divides and promote internet penetration in the rural areas via mobile internet," the report said.