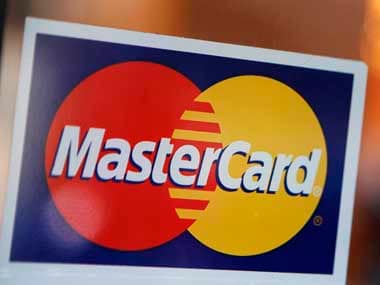 "To date, there are more than 300,000 merchants who have deployed Bharat QR, the world's first globally inter-operable payments solution," said Ajay Bhalla, President of Global Enterprise Risk & Security at MasterCard.

The solution was developed by Mastercard in collaboration with National Payments Corporation of India (NPCI), Visa and American Express.

Noting that digital payments in India remain "very positive", Bhalla said it was a growing business.

We are committed to India in a very big way as an organisation - working with regulators, banks and stake holders in developing solution," said Bhalla.

Citing industry estimates, he said there was an 86 percent increase in merchants accepting card payments on a daily basis compared to pre-demonetisation period.

He also highlighted the RBI's data showing 70% growth in point of sale terminals in six months, from 1.5 million in September 2016 to 2.5 million in March 2017.

With 850 million debit cards in circulation in India, debit card per capita is approximately one today, he added, referring to the RBI data.

On card market potential, Bhalla said there were 900 million adults above 15 years of age in India today. "We are using India as a big base for developing a number of solutions and innovations," he said.

Mastercard has a huge staff deployed in India who are working on developing some software products which are used uniquely for India and some of these are used globally, Bhalla said.

"We really compliment the Indian government in the laudable step that they are taking in converting the cash economy into the digital economy," he said.

American multinational Mastercard held a two-day meeting in Singapore on August 1 and 2 for its clients and customers to share knowledge and best practices on key payment security issues, vulnerabilities and innovative techniques to mitigate fraud.