Mark Zuckerberg tried to project Libra as a boon for the unbanked, but failed to build even a remotely coherent case

On being asked why major partners such as Visa, Mastercard, PayPal, eBay had exited the original Libra consortium, Zuckerberg simply said that Libra is a risky project

Facebook CEO Mark Zuckerberg was grilled by US lawmakers for close to six hours at the US House of Representatives Financial Services Committee hearing. Zuckerberg was appearing before the committee to answer questions related to the Libra cryptocurrency. But for the majority of his time there, Zuckerberg was questioned on non-Libra related issues. It's like the lawmakers were just waiting to have Zuckerberg in the dock again.

This has been Libra's selling point from day one. In his opening remarks published hours before the hearing began, Zuckerberg had stated that over a billion people all over the world did not have access to a bank account, but they could through a mobile phone if the right systems were implemented.

"The financial industry is stagnant and there is no digital financial architecture to support the innovation we need. I believe this problem can be solved, and Libra can help," said Zuckerberg. This statement already assumes that this unbanked population has a mobile phone and is actively using services such as Facebook, WhatsApp and others. That may be the case for some part of this segment, but merely saying that a cryptocurrency would be the solution to the issues faced by the unbanked population is plain naive. 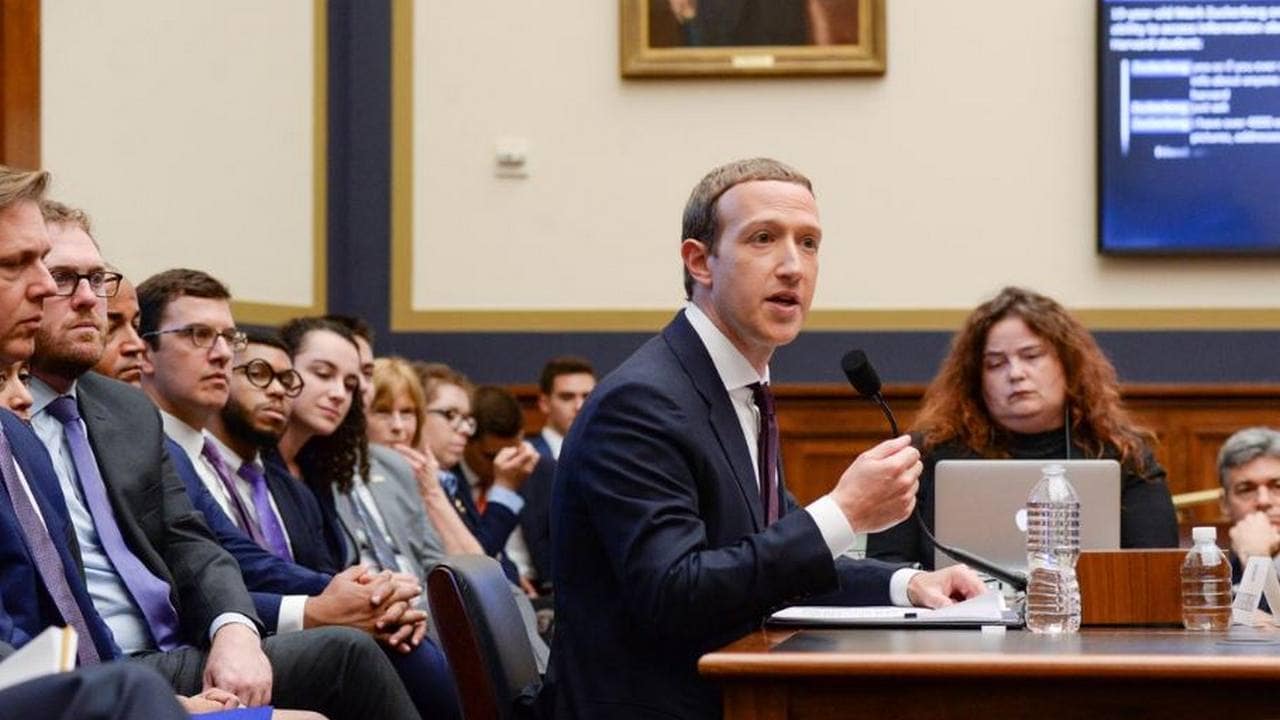 As Californian Democrat, Rep Brad Sherman rightly said, "The poor and unbanked need pesos, the need dollars that they can buy something at a local store. You've done no effort to help the unbanked anywhere else and any other time." He went on to say that a cryptocurrency would be more valuable to malicious actors such as drug dealers, tax evaders and those seeking to prevent using traditional financial systems.

According to Oklahoma Republican Rep Frank Lucas, a lot of the underbanked population simply did not trust banks. In such an atmosphere how would Zuckerberg persuade them to use a cryptocurrency?

On the question of trust

Zuckerberg claimed that people trusted Facebook to send private messages, photos, videos, status updates with their friends and relatives. And he believes this will translate well when it comes to sending or receiving money on Facebook's platforms.

"When it comes to Calibra, I know some people wonder whether we can be trusted to build payment services that protect consumers. We recognise our responsibility to provide people with all the protections they expect when they are sending and receiving payments online," Zuckerberg had said in his opening remarks.

Facebook has been voted as the least trusted company among the Big Tech giants in the US. Distrust was also a major sentiment during the first-ever US Congressional hearings on Libra in July this year. If there is one thing that Facebook has demonstrated since the revelation of the Cambridge Analytica data scandal is the fact that it can't be trusted with private user data. So even if Zuckerberg claims that Libra is not a Facebook subsidiary on the lines of Instagram and WhatsApp, the mere fact that Facebook's leading the charge on the underlying blockchain which will run the Libra cryptocurrency is problematic for many.

A non-answer on the question of Minority Depository Institutions (MDIs)

New York Democrat Rep Gregory Meeks asked Zuckerberg about Facebook's investment in minority depository institutions (MDIs) which are meant to help out minority populations. MDIs also help with offering mortgages and small business loans to those belonging to the lower or moderate-income groups. Zuckerberg didn't appear to have a clue about what MDIs do. He simply responded with, "We operate in every country except China and North Korea and thus, we would be in almost every country where different activities are happening," which wasn't really an answer to the question posed.

"Could I run ads targeting Republicans in primaries saying that they voted for the Green New Deal?" pic.twitter.com/VrGQw7UzIW

'It's a risky project'

On being asked why major partners such as Visa, Mastercard, PayPal, eBay had exited the original Libra consortium, Zuckerberg simply said that it could be because of the fact that Libra is a risky project and the massive scrutiny it's already undergoing. Zuckerberg claimed that he himself didn't know if Libra would work, but he wouldn't go ahead with it without the approval of US regulators.

Zuckerberg also said that he did not want Facebook to be leading the consortium and that it was meant to distribute operational power among the consortium members. Each participating company is expected to manage one node of the multi-node permissioned blockchain on which Libra is supposed to run. But since the announcement of Libra, lot of partners have departed and newer ones aren't coming by easily.

Despite this, when a lot of lawmakers asked Zuckerberg to give a moratorium period on the project, the Facebook CEO wasn't too forthcoming.

This has become routine now.

Whenever Zuckerberg is asked uncomfortable questions, he invokes the rise of innovation in China and how the US will be left behind if 'innovative' companies such as Facebook are left answering regulatory questions. It's almost as if American Big Tech companies should not be questioned about their practices if the rise of Chinese innovation is to be contained. That line of argument is hare-brained.

On the topic of Libra, he once again invoked how China would out-innovate the US if the Libra cryptocurrency was not allowed to pass through."China is moving quickly the launch of a similar idea in the coming months. Libra is going to be backed mostly by dollars and I believe that it will extend America's financial leadership around the world as well as our democratic values and an oversight. But if America doesn't innovate, our financial leadership is not guaranteed."

These comments invoking China need to be seen in the larger context of Zuckerberg's recent hobnobbing with right-wing politicians and influencers and his meeting with US president Donald Trump, who has been flaming a trade war with China. It's like Zuckerberg is trying very hard to be in the good books of Trump by parroting the nationalist line.

This turnaround must be seen in an even larger context.

It's not like Zuckerberg never had any plans to expand his Facebook kingdom into China. He had opened a Facebook subsidiary in Hangzhou last year, which is now shut down. He was also seen jogging in Tiannamen Square and giving speeches in Mandarin on many occasions. So this image that Zuckerberg is trying to create by invoking China over the last few public addresses looks like a smart way to paint Facebook as a company that has America's best interest at heart above anything else.

As has been the case with most of Zuckerberg's hearings, there was no conclusive decision taken.

Zuckerberg came across as being quite uninformed not only about how certain things related to advertising, fact-checking work on his own platform, but also showed a lack of understanding of issues affecting those who are underbanked or unbanked. A little knowledge, as they say, is a dangerous thing. His proposal of Libra cryptocurrency being a solution to the problem of the unbanked populace did not have many supporting arguments, other than it being a decentralised system — which is the basis for any cryptocurrency.

On the question of the reasoning behind major payment partners such as Visa, Mastercard, PayPal departing from the consortium, Zuckerberg claimed that it was due to the risky nature of the Libra project. It shows a trust deficit with these major partners and regulators are right to worry about the feasibilty of this project. Facebook is no financial institution, and without partners who have been in this system it could be another disaster waiting to happen given the massive user base of the social media giant.

Horoscope for 28 July: Check how the stars are aligned for you this Thursday

Horoscope for 29 July: Check how the stars are aligned for you this Friday