Man on a mission: Bowei Gai's startup tour across 29 countries starts in India

Firstpost caught up with Bowei Gai, founder, World Startup Report in Mumbai, as he kicks off his tour from India.

It's not very often when an individual tries to bridge the gap left by media reportage. Even rare when an outsider tries to do it. Armed with a Carnegie Mellon degree and enviable work experience (read Apple, HP, AMD, LinkedIn), Bowei Gai, born to Chinese immigrant parents in the US has set off on a world tour to write about the startup ecosystems in those countries. The project titled 'World Startup Report' will cover 29 countries and 36 cities around the world. Firstpost caught up with Gai in Mumbai, as he kicks off his tour from India.

What did you find most striking about India so far?

In every country, there is a story that is not being told by the media. I am still trying to find the India story. Best story I can think of was a comment Mukund Mohan, CEO Microsoft Accelerator made about India. He said, "Everything you say about India is true". India is a big country, India is actually a very small country because only about 120 million are online, out of which only about 10 million may be transacting online, so it is small market. There is lots of talent but most of the engineers are going into management and low-level engineering jobs so while there is talent, it is not enough. In India, the market is however as big as you want it to be and how you take advantage of that. 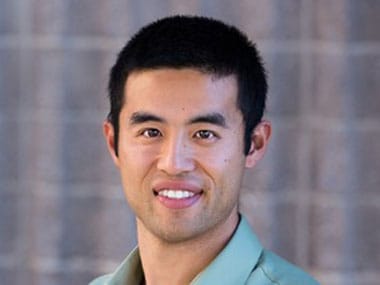 Crowdfunding as we know as a concept is a misnomer. WorldStartupReport.com

Everyone's talking about Crowdfunding now more than ever. Do you see this taking some shape in other countries and how is it changing VC investing?

Crowdfunding as we know as a concept is a misnomer. I don't think it is funding a company like the investors do which helps the company scale. Crowdfunding platforms like Kickstarter and Indiegogo are typically used for selling products. You advertise on these websites, you get a lot of customers and you achieve what you would have after receiving a lot of capital. It's almost like buying customers before building the product. They are not getting funded per se but they are selling products they haven't built yet. Which is great.

Is there one unifying trend that you observe emerging in entrepreneurship across the globe?

One thing I realised is that a decade ago, when you had US vs the rest of the world, US had a lot of advantages over everyone else. This was because most coding languages were being written in the US, in English. They had a 2-5 years jump over everybody else. Like in China, people could not use the latest technologies like Ruby on Rails, etc. because they were all in English and would take years to translate them to Chinese. However with the release of the iPhone and the Android, it is a level playing field for people everywhere. Everyone is developing on the same platform. US is no longer ahead of people. We are all using the same tools, the same hammer and nails and now everyone has to compete on the craftsmanship. This explains the rise of companies like Rovio which became a billion dollar company being in the middle of nowhere in Finland. They have done lots of great things in the past but we know them for Angry Birds.

Funding is the main challenge. Getting money is hard. It is hard in India for different reasons and it is hard in the US for completely different reasons. Here it is hard because investors want to stay with a cash flow steady business, a brick and mortar business and it becomes hard to find funding when you are doing a startup. In the US, funding is difficult because of the Series A crunch. Lots of people are giving money based on the initial concept but by the time you reach Series A, when you need to show traction, it is hard to do and most companies that received seed funding die at Series A level.

Second challenge is making money. There are a lot of great ideas but very few of them can actually make money and in this highly unpredictable economy, how do you monetise and stay afloat? For global entrepreneurs, the exit opportunities are a challenge. Most entrepreneurs get bored, unless they want to go to IPO level, so how do you exit your company successfully is a challenge. In the valley, acquisitions happen easily. But outside of Valley, it is difficult.

Of the countries that you have visited, which country according to you is doing enough to promote and develop entrepreneurship?

Singapore is doing it very well. They are a very small country but a startup hub. They have favourable infrastructure, tax policies and for every dollar funding that a company gets, the government pays the company 6 dollars. The government also has a policy where it selects students from the universities and send them to Silicon Valley to do an internship and will pay for everything including accommodation, travel, etc. and get you to intern not at big companies but at small startups so you can see what they are like and come back build start ups at home.

Coming back to India, the government cannot do the same thing because there are way too many people but on the most basic level, it can improve the internet infrastructure in the country.

In your Indian journey so far, from the start ups you have met which are the most interesting companies, in which sectors and is there a common pattern you observe?

Very obvious as to which companies are doing well, e-commerce has taken off well in India. It is very difficult to find a single store where you can buy everything. There are a lot of mom and pop stores and an Internet company can fill that void. About a quarter of the companies starting up in India are into e-commerce. I don't think that is enough. We need a lot more than that. Next obvious one is mobile. I am ambivalent. On one hand, everyone is going through smartphone but then the ones living on less than $2 a day will not buy a smartphone. It could be the next big market provided smartphones become more prevalent.

India is in the process of framing a formal innovation policy, do you have any suggestions, a bird's eye view?

What entrepreneurs want in the Valley is very different from what people in India want. In the Valley, what entrepreneurs want right now is the 'Startup Visa'. The cost of migrating someone to the US is so high that the startups cannot do it themselves. Which is why they want this implemented. In India, it is hard to for the government to promote entrepreneurship, because as well known venture capitalist Brad Feld says, "the entrepreneurial society should be driven by entrepreneurs." It cannot be driven by the government when the government does brings these laws in place, they are temporary.They do it to get elected. The priorities change and so you want start up community to build this. What government can do is help with infrastructure. The community will manage on its own.

What do you think of Indian accelerators? Are they a good training ground?

Accelerators in general is a fad. a lot of people are starting accelerators without really understanding what it takes to run it. Because, the return on investment is not very good. There will be some which will make money and the rest will just bleed money. If you look at the US, there are 1000 accelerators. But how many are profitable? Extremely profitable would be one, Y Combinator and the list ends here. Barely profitable - there might be a few like Techstars and 500 Startups. What about the others? they are all bleeding money. We tried to do one at LinkedIn and some of the problems we dealt with we realised that it is very hard to run them. I don't know how they will sustain. They have a long road ahead of them. There will be one very good one in India and all the good companies will fight to be a part of it, just like Y Combinator.

How incubators and accelerators are changing the game for Indian startups