Now that Apple’s finally launched an updated MacBook Air, we can get down to the real business of ripping it apart and picking nits, so to speak. Given that the laptop hasn’t yet been “officially” reviewed yet, everything here is just speculation based on leaked data and anecdotal evidence. We also need to take a closer look at Apple's entire MacBook lineup, which only seems more confusing as time passes.

Everything about the MacBook Air has changed. The only thing it retains from the original device is a nod to the former’s iconic, wedge-shaped design. There’s a new retina display, smaller bezels, only two USB-C ports, Touch ID, entirely new internals and support for USB-C charging. As expected, the price has been bumped up considerably as well. 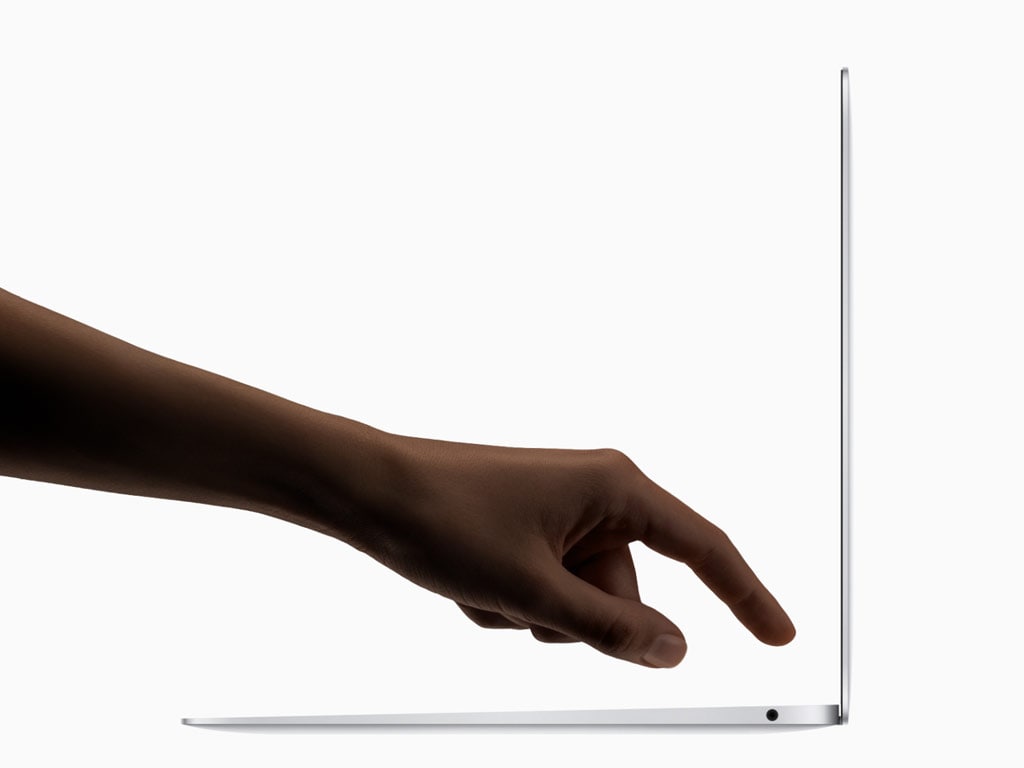 Since we’re looking at performance benchmarks here, let’s take a closer look at the heart of this machine, the new, 8th gen Intel CPU.

While Apple doesn’t mention model numbers on its website, information gleaned from leaked benchmark figures and from the little bit that Apple does reveal has confirmed that the new device is using an Intel Core i5-8210Y series CPU. This CPU is, on paper, a step up from the one on the underpowered 12-inch MacBook but is less powerful than the one on the 13-inch, Non-TouchBar (NTB) MacBook Pro that retails for $100 more. 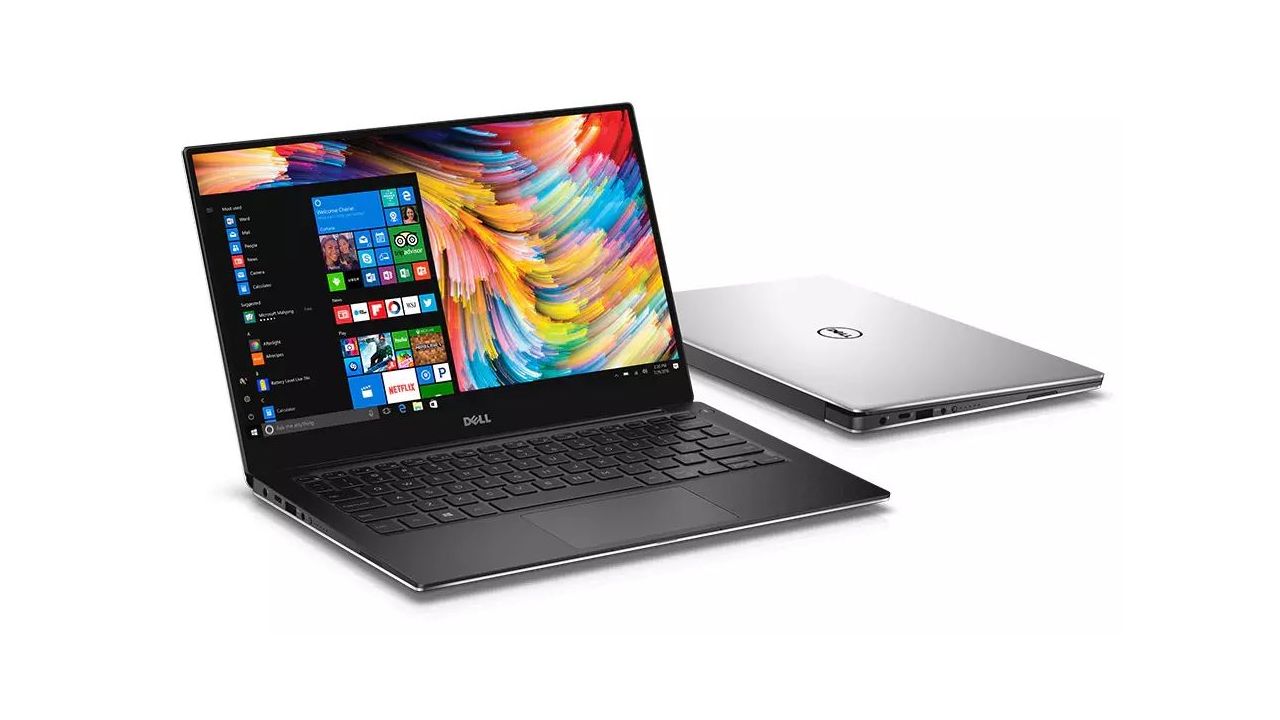 The i5-8210Y is a dual-core CPU with a clock speed that ranges from a base 1.6 GHz to a boost speed of 3.6 GHz. Its TDP is set at 7 W, which basically means that the focus is on battery life and not power.

The GPU model is Intel UHD Graphics 617, and at this point, it’s hard to say what the difference is between this chip and the 615 model on the 12-inch MacBook. At first glance, it appears to be clocked slightly higher than the previous model, meaning it’s got a bit more performance headroom.

The only real upgrade that we can see with the new platform is that there is now support for faster RAM (2,133 MHz vs 1,800 MHz), though this is still running on the previous generation LPDDR3 RAM.

Looking at the overall setup, at a guess, the MacBook Air will certainly be more powerful than the 12-inch MacBook, but less powerful than the 13-inch NTB MacBook Pro. Anecdotally, macOS Mojave does struggle sometimes even on the TouchBar 13-inch MacBook Pros, which feature some of the most powerful CPU-GPU options in the Ultrabook world. The MacBook Air likely has just enough power for day-to-day tasks, but little else. The 2018 MacBook Pro is a great option for those who need something more powerful.

Now that the theory’s out of the way, here’s what the benchmarks tell us.

According to GeekBench, easily the most popular, cross-platform CPU benchmark around, the 2018 MacBook Air scored 4,248 and 7,828 on the single-core and multi-core tests respectively.

Compared to the 2017 NTB MacBook Pro 13, which is also running a dual-core CPU, albeit an older model, the 2018 Air is 15 percent slower in the multi-core department.

Compared to the 2018 TB MacBook Pro 13, the 2018 Air is half as powerful in multi-threaded tasks. This is understandable given that the former has a powerful quad-core CPU.

Pending a proper review, here’s what we believe to be the use-cases for Apple’s various MacBooks: It is the cheapest MacBook you can buy, but it’s woefully underpowered, has only 1x USB-C port and its second-generation Butterfly keyboard is defective. It also lacks Touch ID.

If and when Apple updates the model with a new keyboard and new CPUs, we’ll recommend this for people who want portability above all else and would rather not have an iPad. The venerable MacBook Air is already on its last legs.

The laptop may have last been updated in 2017, but it’s still running 3-generations old hardware and features the worst display in Apple’s portfolio. It’s not been discontinued and it is cheap, but you’re better off buying a Windows laptop or a second-hand MacBook Pro (2015 or earlier) than this device. Pending official reviews, we will tentatively suggest that this device will be able to handle light to moderate work (documents and browsing). Battery life should be better here than on the MacBook Pro models. It’s unlikely that the new Air has enough horsepower for video editing and heavy Lightroom/Photoshop work. Or rather, it’ll be able to handle those tasks, just not very well.

This laptop also uses the third-generation Butterfly keyboard, which, so far, hasn’t proven itself defective.

As with the 12-inch MacBook, this laptop’s biggest weakness is its defective keyboard. If and when it’s updated, it could make the Air redundant. The 13-inch MacBook Pro is the real workhorse in this lineup.

While the usefulness of the TouchBar is still debatable, the 2018 MacBook Pro 13 with TouchBar is still the ideal option for people looking for a workhorse Mac. Featuring one of the most powerful processors in the Ultrabook class, this laptop has the power to spare for just about everything you can throw at it. In fact, it's far more powerful than the Dell XPS 13. The presence of 4x USB-C ports is also a bonus, though we still wish it had USB-A.

The only thing this laptop will really struggle with is video editing, in which case, take a gander at the 15-inch models. The 15-inch models are for those who need real performance.

If it’s the most powerful MacBook you want, or need, there’s nothing better than the updated 15-inch MacBook Pros. This is a device for users who need as much power as they can get while on the move. It features a 6-core Intel CPU, powerful AMD GPU and some of the fastest storage you can buy.

It also costs a bomb.

If you do intend to pick one up, hold off on that purchase for a bit. Apple is releasing a refreshed model with an even more powerful GPU on 14 November.

This laptop also uses the third-generation Butterfly keyboard, which, so far, hasn’t proven to be defective.

Note: All prices are in USD because you'll have to be mad (or very rich) to buy a MacBook in India. The devices here are selling at a premium that ranges from Rs 25,000 to Rs 40,000 and above!