The 2018 model now ships with an 8th generation dual-core Intel Core i5 CPU with integrated graphics.

Bringing the MacBook Air back into existence after almost forgetting about it for three years, it took Apple barely 20 minutes into their event today to launch their slimmest and lightest portable computer. 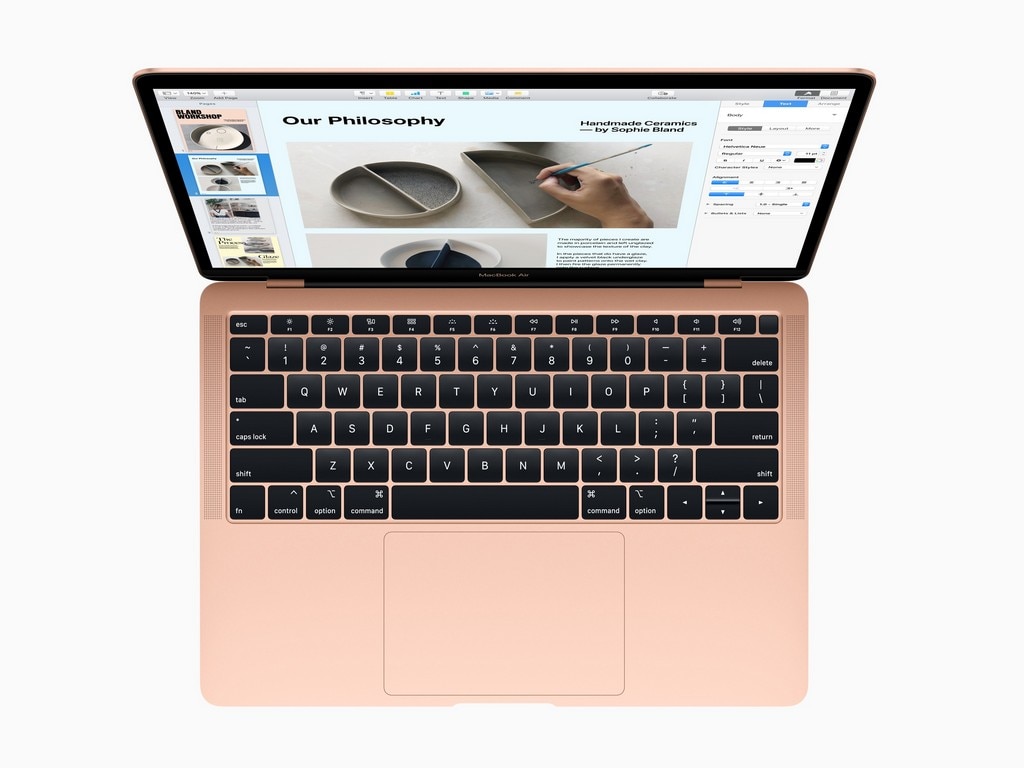 The biggest update here is in-line with rumours which stated that this year's MacBook Air will likely feature a Retina display and thinner bezels. Well, the 2018 MacBook Air does feature a 13.3-inch Retina display with more than 4 million pixels of resolution, which Apple claims is four times a bump from the previous MacBook Air. Boasting about numbers, Apple claims that this display features 48 percent more colour than the previous generation.

But what makes the display really appear as an upgrade, Apple has shrunk the overall size of the Air by 17 percent and has made it even thinner than it already was. You still have the distinct wedge-shaped design which one associates with the MacBook Air but one which is a quarter pound lighter than the last version. What also got a loud roar at the keynote was the fact that the MacBook Air is now made of 100 percent recycled aluminium, which is quite an achievement, even for Apple. 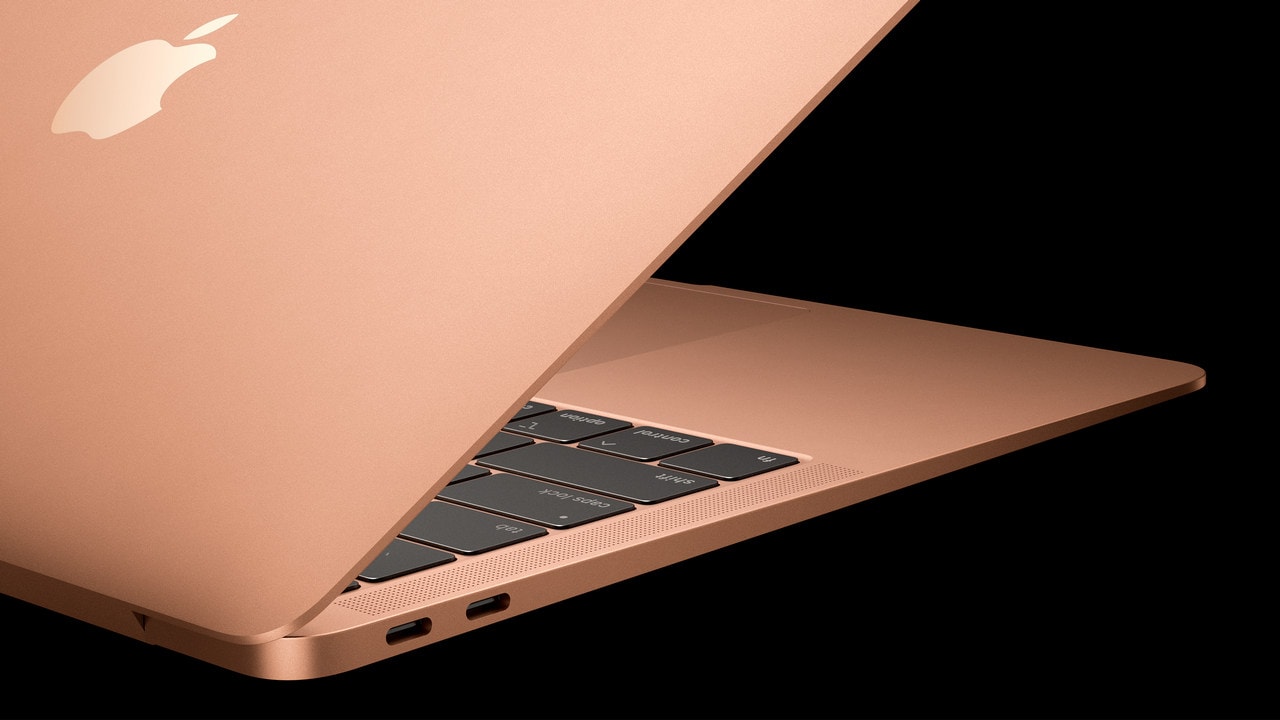 We also get Apple's third-generation keyboard this time around with the butterfly mechanism. Image: Apple

Apple has also fitted the new MacBook Air with Touch ID for secure login which is powered by the same T2 security chip we saw on last year's MacBook Pro and iMac Pro models. Apple claims that the T2 chip's 'Secure Enclave' basically protects Touch ID information and also ensures that software loaded during the boot process has not been tampered with. The T2 also features an SSD controller with on-the-fly data encryption for everything stored on the SSD.

We also get Apple's third-generation keyboard this time around with the butterfly mechanism, individually backlit-keys. For users of an older MacBook Air, the keyboard here is 20 percent larger than on the previous generation. That's not all, the Air despite being small and light, features 25 percent louder speakers with theoretically better bass and depth when compared to the last MacBook Air.

The 2018 model now ships with an 8th generation dual-core Intel Core i5 CPU with integrated graphics. RAM options on offers go up to 16 GB and SSD storage of up to 1.5 TB. Connectivity options include two USB-C ports and a 3.5mm headphone jack. Thunderbolt 3 support also ensure that you can hook the Air up to an external GPU or a 5K display if you feel like.

The base variant of MacBook Air will set you back by $1,199 and comes with 8 GB RAM, a Core i5 CPU clocked at 1.6 GHz and a 128 GB SSD. Preorders begin on 7 November along with the rest of the products launched at the event today.