LG V40 ThinQ likely to launch in India soon, tipped to come for a price of around Rs 45,000

LG’s V-series are primarily known for offering feature-packed cameras and brilliant audio quality. While the South Korean tech company took a step further on the camera front with its 2018 flagship model, LG V40 ThinQ, it didn’t hit the Indian shores. However, it might soon arrive in India if the latest report turns out to be true. 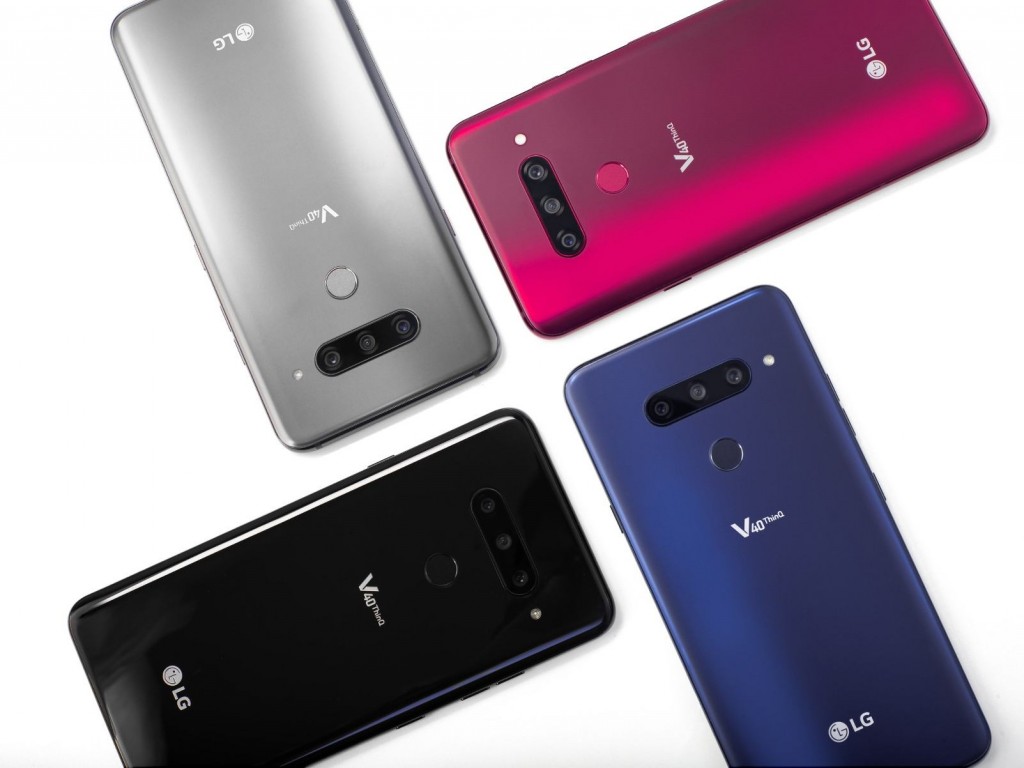 According to GizmoChina, LG might bring the V40 ThinQ in the Indian market before the end of this month and it will be sold online exclusively via Amazon. The phone is said to be available through offline channels as well via leading retailers. As for the pricing, the GizmoChina report suggests that the LG V40 ThinQ might have a price tag of around Rs 45,000.

Encased in a Gorilla Glass body, the V40 ThinQ comes in four colour schemes — Aurora Black, Platinum Grey, Moroccan Blue and Carmine Red. While all the models are available for purchase in the US market, the report hasn’t shared any detail as to which variants will arrive in India.

Speaking about the device core specifications, LG V40 ThinQ features a 6.4-inch P-OLED QHD+ display with a resolution of 3120 x 1440 pixels. The front panel has Corning Gorilla Glass 5 layered on top for added protection against scratches and spills. In terms of processing hardware, the phone features a Qualcomm Snapdragon 845 SoC paired with 6 GB RAM and 128 GB native storage. The LG V40 ThinQ flaunts a smoothly curved body with a tapered back panel. A circular shaped fingerprint sensor sits at the centre of the back panel.