We can also expect flagship grade hardware such as the Snapdragon 845 chipset and up to 8 GB of RAM.

There was a time when the Google hardware event and the Pixel launches would pretty much conclude the smartphone announcements for the year. But if the last year is any indication, it looks like smartphone makers want to have a new launch every few weeks, even as we approach the holiday season. New ideas in smartphone design language quickly become trends.

After Oppo Find X showed the world that a smartphone can have the front and rear camera module in a mechanical slider, it looks like other Android smartphone makers have wisened up to that idea as well. On 25 October we saw the Xiaomi Mi Mix 3 with an impressive 93.8 percent screen-to-body ratio and pop-out camera. Now it looks Lenovo is following suit with its upcoming flagship Lenovo Z5 Pro. 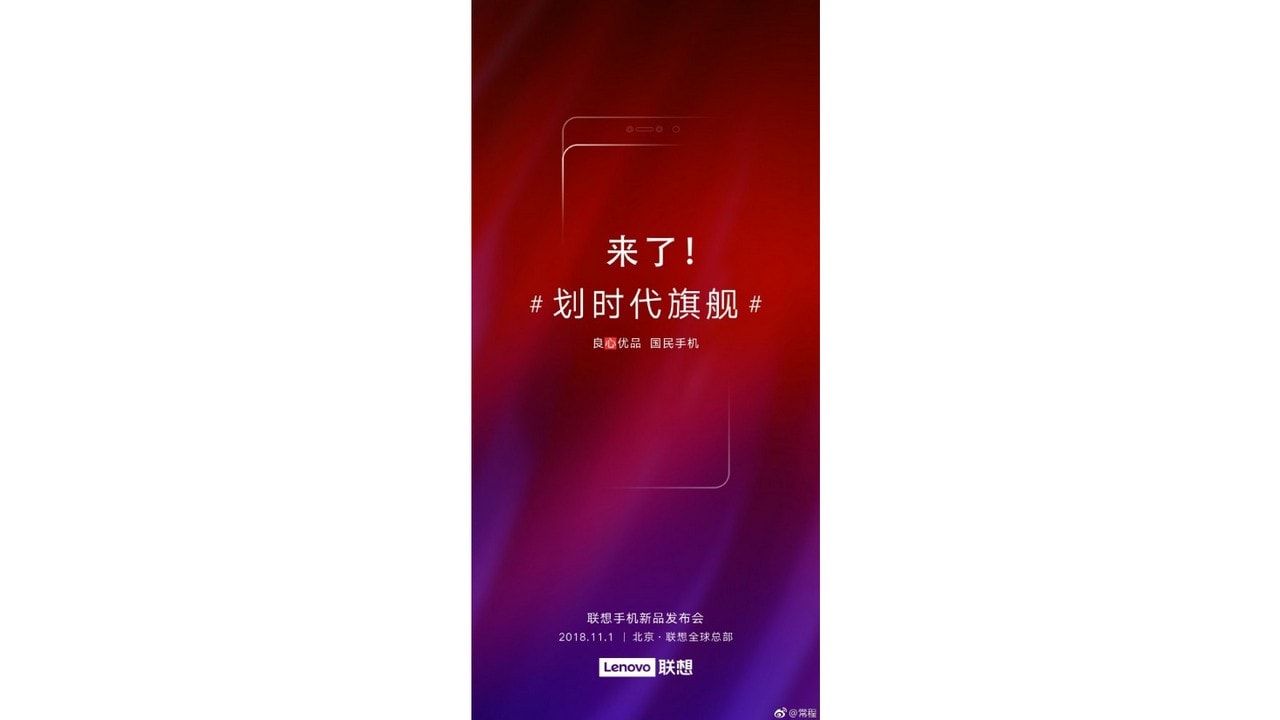 We all remember what happened when the Chinese smartphone maker announced the Z5 smartphone two months ago. The teased schematics of the phone showed a completely bezel-less smartphone, but when it was launched we saw a big notch at the top with a sizeable chin at the bottom.

Needless to say, people were disappointed with Lenovo's marketing strategy, which almost amounted to lying outright.

Lenovo looks to be redeeming itself this time with the Z5 Pro. Lenovo VP Chang Chen has confirmed on his Weibo page that the phone will be launching the device on 1 November at an event in Beijing, China.

Leaked information about the phone includes a possible in-display fingerprint reader and also a quad-camera setup at the back. We can also expect flagship grade hardware such as the Snapdragon 845 chipset and up to 8 GB of RAM. Other details about the phone are scarce, but we are sure to know more in the upcoming days.