The teaser poster shows the camera sample revealing how the phone might capture a low-light shot.

A recent confirmation by Lenovo VP, Chang Cheng revealed that the new Lenovo Z5 Pro will launch on 1 November. The event poster which is claimed to be associated with the Z5 Pro reveals a mechanical slider which houses the front camera.

The phone is said to have a massive screen-to-body ratio and a slider similar to the recently launched Xiaomi Mi Mix 3.

Now the company VP has also unveiled details about the main camera setup through a poster posted on Weibo which shows that the Z5 Pro will feature dual 24 MP and 16 MP sensors. 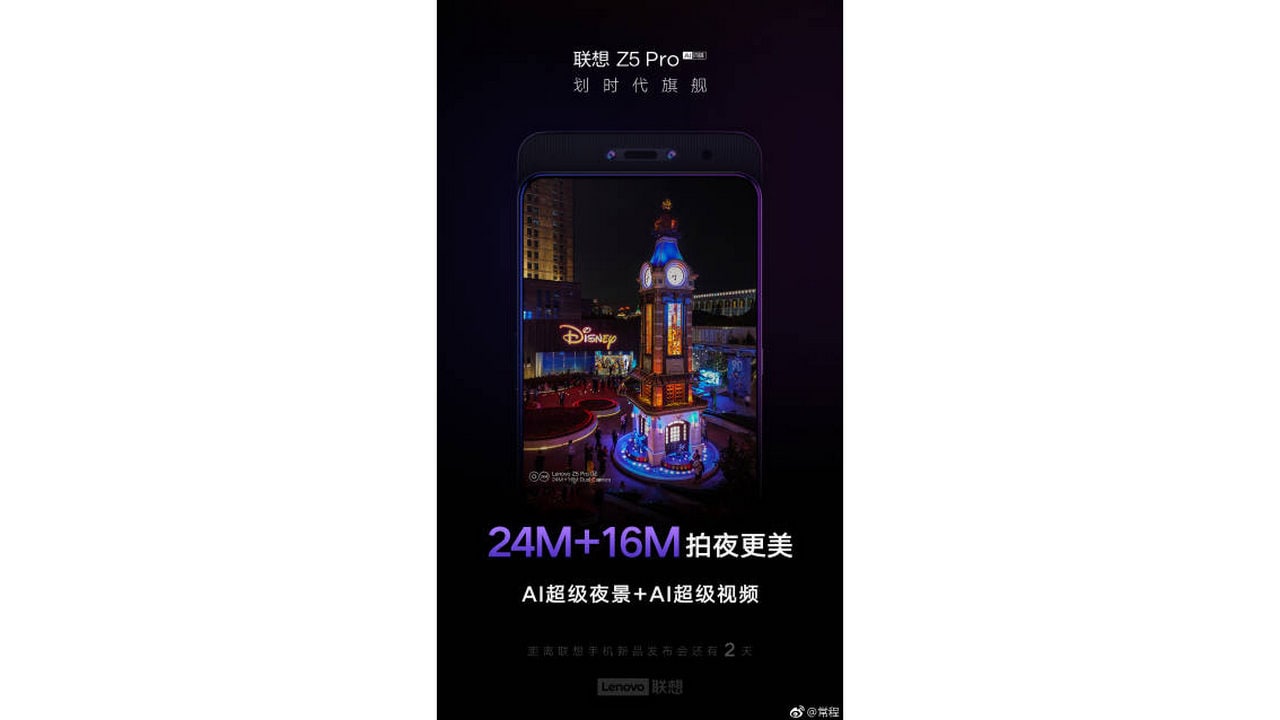 According to a report by GSMArena, the phone's tagline when translated can be understood as, 'An Epochal Flagship'.

The camera sensor is said to have AI-enabled Super Night Mode and also Super Video.

The teaser poster shows the camera sample revealing how the phone might capture a low-light shot.

The teaser is also said to confirm the fact that the Z5 Pro will feature two selfie cameras within the slider which is said to be positioned on both sides of the speaker. The proximity sensor is expected to be placed slightly on the right of the camera setup.

Leaked information about the phone so far states the possibility of in-display fingerprint reader and flagship grade hardware such as the Snapdragon 845 chipset and up to 8 GB of RAM.