The renders do not show a fingerprint reader and suggest that the A10 might rely only on face unlock.

Samsung Galaxy A50 and A30 were unveiled at the 2019 Mobile World Congress, but the Galaxy A10 remained out of sight. Now a couple of leaked renders have surfaced online which claim to show the Galaxy A10 model with a protective case.

As per the images seen on Slashleaks,  we see a black A10 featuring an Infinity-V display with thin bezels on the sides and a chubby chin. On the back, the phone seems to come with a vertically aligned single-lens camera with a flash below it.

The renders do not show a fingerprint reader and suggest that the A10 might rely only on insecure face unlock or a more traditional pin-based unlocking system. 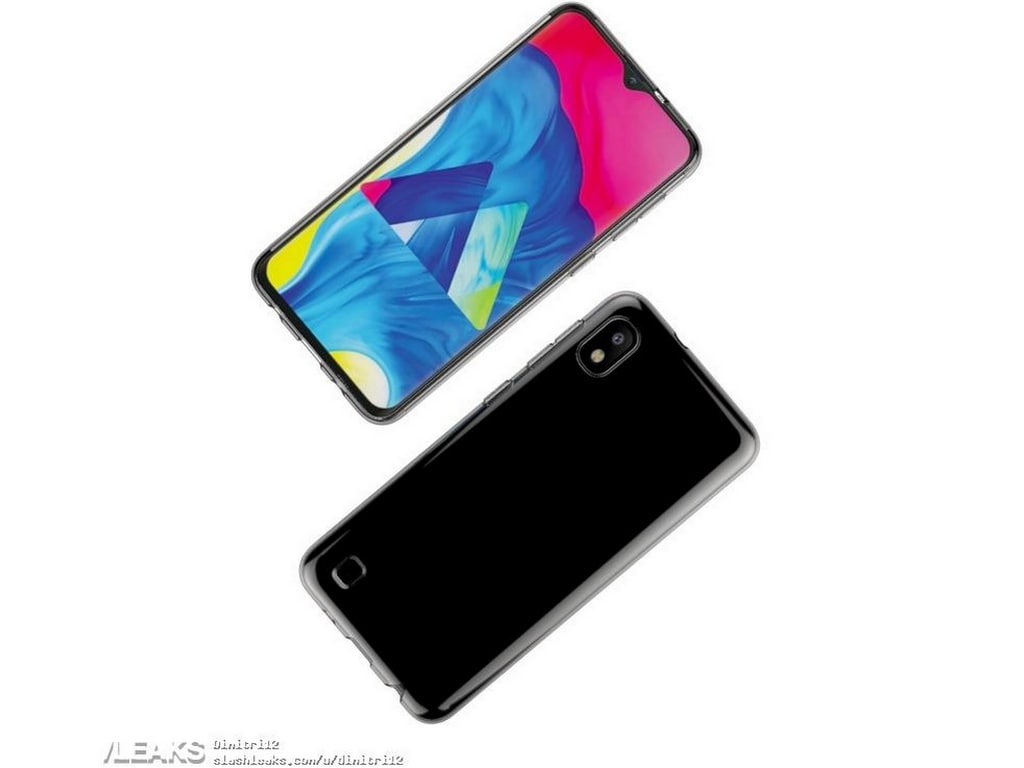 The 3.5 mm audio jack is seen to sit on the top edge of the phone while the volume and the power buttons are placed on the right edge of the Galaxy A10.

There is also a square-shaped box seen on the rear at the bottom corner. As per GSMArena, it might be the loudspeaker of the phone.

On the camera front, it is said to feature a 13 MP rear camera and a 5 MP selfie camera.

Also, the phone is claimed to launch on 28 February in India along with the Galaxy A20 and Galaxy A30. There is no official update by the company yet.