While Huawei still appears to be on a launching spree with the launch of the Enjoy 8 in China today, another smartphone expected to be called as Honor 10 has been spotted online. The smartphone comes with the iPhone X-like notch, which was also seen on the recently launched P20 series of smartphones. 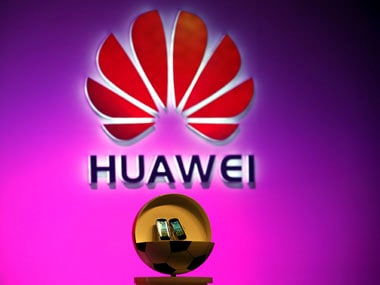 The images of the Honor 10 spotted on Playfuldroid! show that the smartphone will feature a fingerprint on the front face of the device, at the bottom chin below the display. The fingerprint will also be used as the home button on the device.

The display of the Huawei Honor 10 shows the EMUI like skin and the rear side of the device shows a dual-camera setup. An LED flash sits beside the horizontally placed dual-camera on the rear side of the device. The website suggests that the images of the smartphone might be of another device as well so do take this information with a pinch of salt. A report on Gizmochina suggests that the smartphone will come with a Kirin 970 SoC. It is expected to be the next version of Honor 9 and will come in two RAM and storage variants, with 64 GB storage and 4 GB RAM or 6 GB RAM and 128 GB internal storage.

Huawei launched three smartphones in Paris Huawei P20, P20 Pro and the Porsche Design Mate RS. One of the smartphones, the Huawei P20 Pro is expected to come in India as teasers of the device have been spotted on the official website of the company. The P20 Pro comes with a triple rear camera setup which includes a 40 MP f/1.7 primary sensor, along with a 20 MP monochrome sensor as well as an 8 MP telephoto sensor. The Huawei P20 Pro also gets a 24 MP f/2.0 front-facing camera for selfies. It is priced at 899 Euros in Europe (approximately Rs 72,300) for a 6 GB RAM with 128 GB of storage.