KGI securities analyst, Ming-Chi Kuo believes that Apple will ship approximately 18 million units of the iPhone X within the first quarter of 2018.

Despite strong sales of the Apple's iPhone X, analysts have stated that demand for Apple's current flagship will see a dip in the first quarter of the year. As previously reported, Apple is refusing to comment on what analysts have to say and now researchers are stating that the iPhone X may be heading towards its 'end of life'. 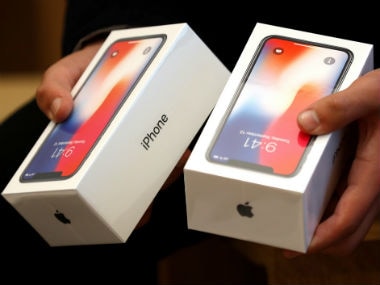 As per a report by AppleInsider, KGI securities analyst and well-known tipster Ming-Chi Kuo states that the rumours about the dip in production of iPhone X are indeed true. He believes that Apple will ship approximately 18 million units of the iPhone X within the first quarter of 2018.

Apple's current production structure allows new iPhones to be lower-cost options for the following year, however, as per the report, Kuo believes that the iPhone X will go off production by the summer of 2018. This is not in line with the earlier predictions based on Apple's issues with its supply chain and KGI adds that the iPhone X has not been as big a hit in China as predicted, causing the slump in demand.

Back in November 2017, the KGI Securities analyst had predicted that Apple would be launching three new devices with the iPhone X form-factor in 2018. Reaffirming his predictions, Kuo said that Apple will be launching an iPhone with a 6.1-inch LCD display along with two others with 5.8-inch and 6.5-inch OLED panels.

Kuo had earlier said that all three devices will come with the notch and the TrueDepth camera system to support FaceID. He did not reveal any details on the expected pricing for the new devices but stated a $649 to $749 estimate for the lower end device with the LCD screen.