ISRO GSAT-6A communications satellite to launch today aboard the GSLV-F08 rocket: All you need to know

The S-band GSAT-6A communication satellite will be India's second after launching the GSAT-6 back in August 2015.

ISRO is set to launch its communications satellite GSAT-6A today from Andhra Pradesh's Sriharikota launchpad at 4:56 PM today. The S-band communication satellite will be India's second after launching the GSAT-6 back in August 2015. This two-tonne satellite costing approximately Rs 270 crore, will be the last satellite to be launched in the 2017-18 financial year. 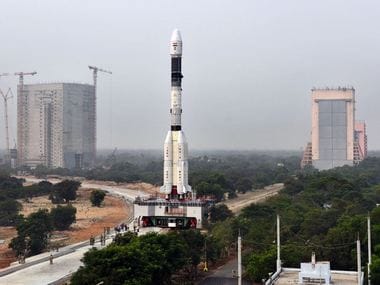 S-band is considered as an electromagnetic spectrum which covers frequencies from 2 to 4 GHz and can be used by other communications satellites, weather radars and surface ship radar. More importantly, the S-band satellite's 2.5 GHz band is used for 4G transmission and is very crucial for telecom giants. The GSAT-6A will also have a 0.8-meter long antenna for hub communication link.

As such the satellite is being launched so as to provide a platform for developing technologies like network management techniques, demonstration of 6m S-Band 'Unfurlable Antenna' and handheld ground terminals. The Unfurlable Antenna is six meters long and has an umbrella-like shape. Once the satellite has been placed in orbit this antenna will unfurl and become nearly three times as broad as a normal antenna.

Apart from the communication needs, the GSAT-6A is also believed to be designated for military use as well. Once the GSAT-6A is in orbit it will provide multi-beam coverage facility and have S-band in five spot beams and C-band in one beam.

The GSAT-6A will be launched aboard ISRO's GSLV-F08 rocket which will mark the 12th mission for the launch vehicle. The rocket weighs 415.6 tonnes and has a height of 49.1 meters.

The GSLV-F08  rocket will deliver the satellite into orbit in 17 minutes and 46.50 seconds after liftoff. The launch will have three stages and end with separation of the payload fairing.

The mission will include three orbit raising manoeuvres which will be performed using the rockets onboard propulsion systems. The separation will occur when the rocket has reached an altitude of 254.53 km from the Earth's surface. The satellite itself is targetted for Earth's geosynchronous orbit which is at a height of 36,000 km. This will also be ISRO's last launch of the financial year and a navigation satellite is set to be launched after the next fiscal year begins.

ISRO has said that the GSAT-6A will have a lifespan of up to 10 years and the cost of this satellite is Rs 270 crore.

ISRO will start a live stream of the launch approximately 1 hour before the launch.