iOS 14.5 includes features like using an Apple Watch to unlock an iPhone, requiring apps to ask for user permission before tracking data and activity, new voice options for Siri, and more.

As announced at the Spring Loaded event last week, Apple has started rolling out the iOS 14.5 update. Even though iOS 14.5 is not exactly a new iteration of the operating system and is just a subsequent update within iOS 14, the features – especially the app tracking one – that it brings, is what makes it so prominent. Another reason why iOS 14.5 is important is because the update took a while to arrive; the last update – iOS 14.4 – was released on 26 January.

iOS 14.5 comes with features like using an Apple Watch to unlock an iPhone, requiring apps to ask for user permission before tracking data and activity, new voice options for Siri, and more. Here's a detailed look at what's new in iOS 14.5, how to download it, and what all iPhone will the update be compatible with.

The iOS 14.5 update will be available for all devices compatible with iOS 14. These phones include, iPhone 6s and later.

You will soon see a prompt for the iOS 14.5 update on your compatible iPhone. If you don't, you can manually head to Settings> General> Software Update and tap on Download and Install. Make sure you have over 80 percent battery or your phone is plugged on charge before you Install the update. Also, it's a safe practice to backup your data before you install any new update. 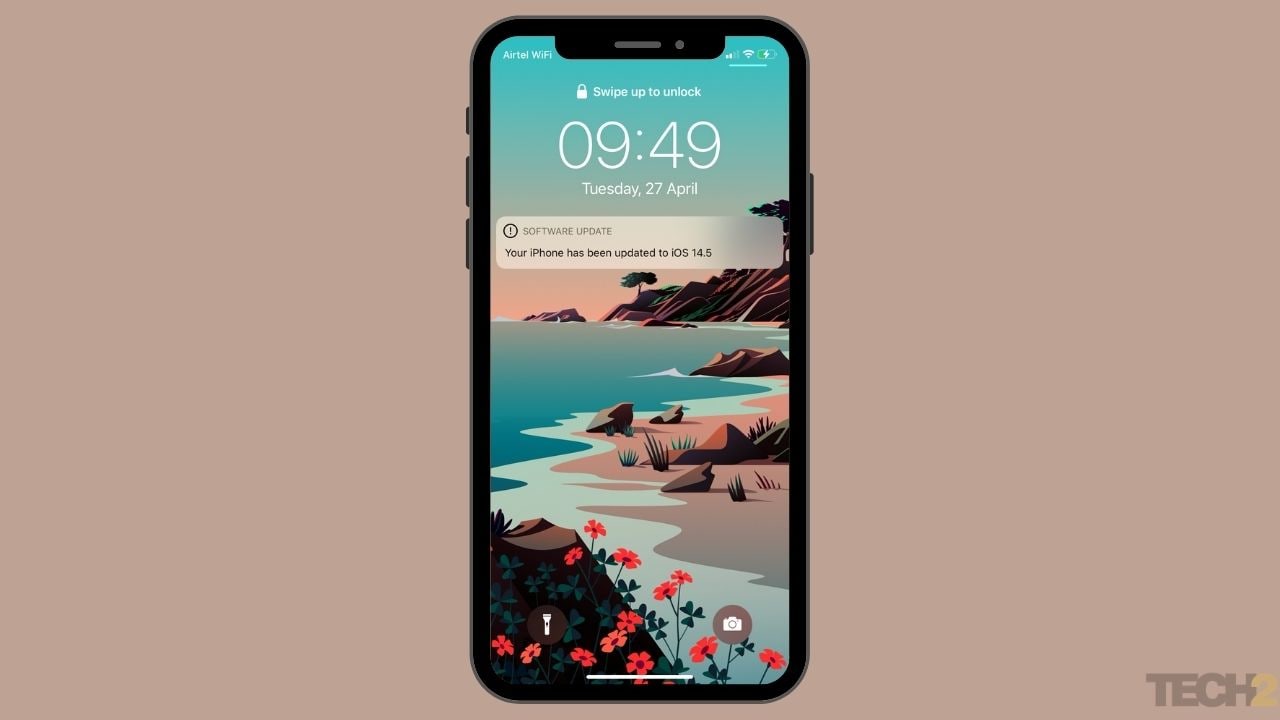 iOS 14.5 update is now available for all iPhone 6s and later users.

With iOS 14.5, Apple Watch owners can opt in for a feature that allows them to use Face ID to unlock their iPhone (as long us they are wearing the Watch and it is unlocked) even when they are wearing a mask. Once the iPhone is unlocked, the Watch will provide a haptic feedback to let you know. For the feature to work, the Apple Watch should also be updated to watchOS 7.4.

This is a notable improvement over the iOS 13.5 feature that Apple had rolled out in April last year that allowed to skip Face ID prompt while wearing a face mask and automatically offering the passcode screen.

The iOS 14.5 comes with 217 new emojis including face exhaling, face in clouds, heart on fire, mending heart, face with spiral eyes, and a wide variety of people with beard and more. There is also a new skin-tone variations for the couples kissing emojis. Changes have also been made to the syringe emoji to depict vaccines.

Apple has added two new voices to Siri in iOS 14.5. The voices have been designed for US English users and are available in both female and male versions. These are  in addition to the already existing Siri voices. You can go to Settings > Siri & Search > Siri Voice to select a new voice for your Siri.

Additionally, Apple will now also let users pick which Siri voice they want on their device at the time of setup, which is female in most countries and male in some. The latter update comes after a United Nations report was released in 2019 that alleged that by making Siri voice female by default, Apple reinforces gender bias and sent a signal that “women are obliging, docile, and eager-to-please helpers.”

With iOS 14.5, Apple’s new App Tracking Transparency feature is finally live. The feature is available under the device settings option, where users will be able to see the list of apps requested for permission to track the data. The feature will allow users to choose which apps can track their user data across other apps or websites owned by different companies.

Last month, Apple announced its own web page to show how its own apps gather data on users.

With iOS 14.5, iPhone 12 users will receive dual-SIM support globally. The feature was earlier available only in mainland China. Dual-SIM support will allow users to get an e-SIM, in addition to their physical SIM, to use two numbers on the phone simultaneously.

Symptoms of this issue include unexpected battery drain behaviour or, in a small number of instances, reduced peak performance capability. Although, Apple highlights in its support page that this inaccurate battery health reporting does not reflect an issue with actual battery health.

While the battery health reporting system is recalibrating, users will see a message in Settings > Battery > Battery Health. Recalibration of maximum capacity and peak performance capability happens during regular charge cycles, and this process might take a few weeks. The displayed maximum capacity percentage will not change during recalibration. Peak performance capability might be updated, but this might not be noticeable by most users. If a previous degraded battery message was displayed, this message will be removed after updating to iOS 14.5.