Huawei P20 codenames, colour options and variants leaked online ahead of its launch

The Huawei P20 was earlier rumoured to be called the P11 and is expected to launch soon in three variants, namely, the P20, P20 Plus and the P20 Lite.

The Huawei P20 which is said to be the successor to last year's Huawei P10 had been previously rumoured to launch early in 2017. While we do not know when it is going to launch, yet, a report claims to have leaked the code names of the variants as well as the colour options they will be offered in. 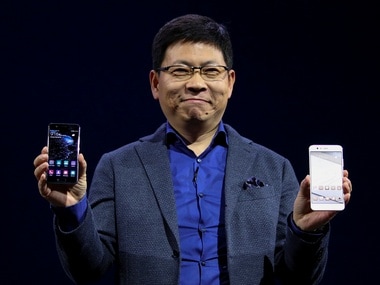 A report in December 2017 confirmed that Huawei's successor to the P10 will be called P20 instead of P11. Now, a popular tipster Roland Quandt has revealed in a tweet that the phone will be launched in three variants, namely, the Huawei P20, P20 Plus and the P20 Lite.

Quandt also stated that the standard edition of the phone, named Huawei P20 is codenamed “Emily” and will be available in Ceramic Black and Twilight colours options.

The P20 Plus which was found bearing the codename “Charlotte” will be available in both Ceramic Black and Twilight colour options.

The P20 Lite codenamed "Anne", however, will be made available in three colours including an exclusive Sakura Pink colour option.

Earlier in 2017, it was reported that Huawei may soon launch a new smartphone with a 40 MP triple-camera module co-developed with Leica which would be called as the P11. However, now it would seem that the device seen earlier could actually be the Huawei P20.

In related news, Huawei's subbrand Honor recently released the Honor 9 Lite in India with four cameras, Kirin 659 and 18:9 ration FHD display. The phone is similar to the Honor 9i and has been priced at Rs 10,999. You can also read our in-depth review of the Honor 9 Lite here.