At the Huawei Developer Conference (HDC 2019) in Dongguan, China, the company unveiled its cross-platform operating system called HarmonyOS. Honor launched the Vision series of TVs that will be the company’s first product using the new operating system. 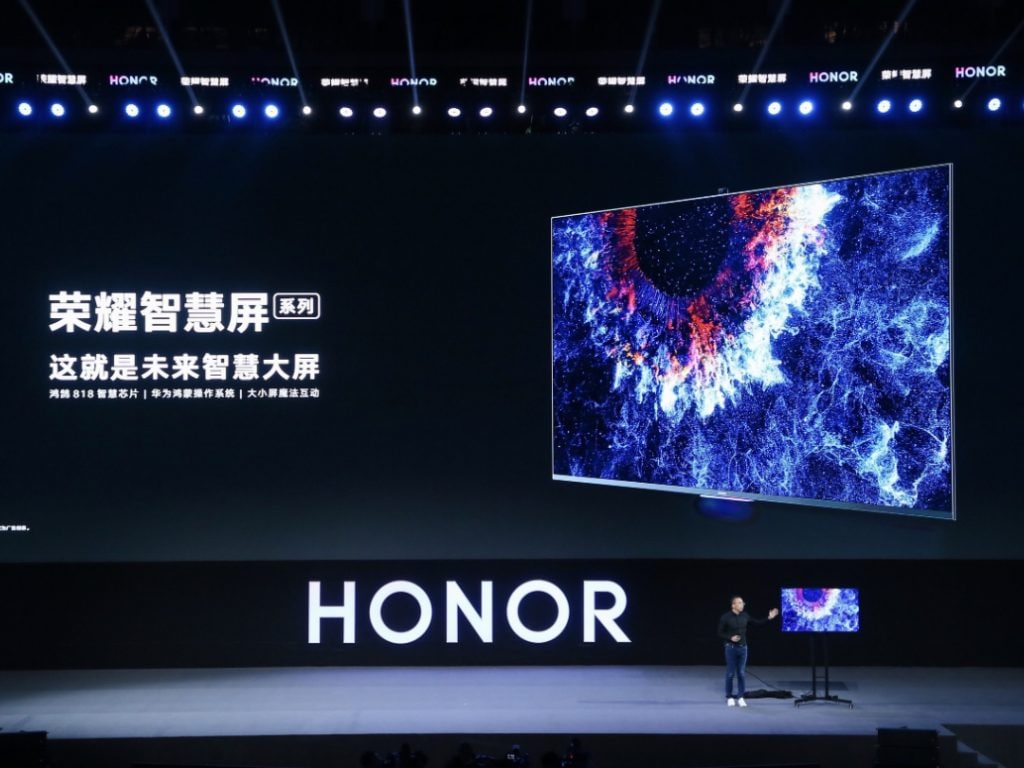 Additionally, the TVs will be using its homegrown Honghu 818 chipset, an AI camera NPU chipset, and a “flagship-level” Wi-Fi chip. The Honghu 818 chip has several image-processing technologies built within and it’s been developed by Honor itself. They include High Dynamic Range Imaging, Super-Resolution, Noise Reduction, Dynamic Contrast Improvement, Auto Colour Management and Local Dimming. It comes with a pop-up camera that uses the AI camera NPU chip capable of face recognition, body tracking and posture detection. Coming to the Wi-Fi chip, it uses the HiSilicon Hi1103 that claims to be the world’s first chip supporting a 160 MHz bandwidth with a download speed of up to 1.7 Gbps. The chip supports both 2.4 and 5 GHz dual-frequency bands.

Huawei finally unveiled its self-developed and open-source HarmonyOS. At the event, Huawei made it clear that Harmony OS was not meant to replace Android on smartphones but is meant to work across various devices with a focus on security. As per XDA, Harmony OS is a microkernel-based operating system that is similar to the Fuchsia OS that is being worked upon by Google. Developers will reportedly be able to utilise Huawei’s ARK Complier to build code from multiple programming languages and build apps for Harmony OS. Over the next three years, HarmonyOS will be optimized and gradually adopted across a broader range of smart devices, including wearables, Huawei Vision, and head units for your car.