The Indian Premier League match between Chennai and Hyderabad on Tuesday set a new global benchmark with 8.26 million concurrent viewers logging onto Hotstar

The Indian Premier League match between Chennai and Hyderabad, on Tuesday, set a new global benchmark with 8.26 million concurrent viewers logging onto Hotstar, the chief executive of the video streaming platform told Reuters. 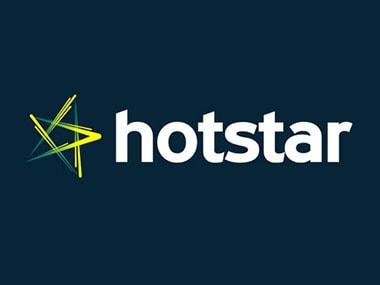 Two-time champions, Chennai Super Kings, marched into the final of the IPL after South African Faf du Plessis smashed a blistering 67 not out to fashion their thrilling two-wicket victory against Sunrisers Hyderabad.

As Du Plessis mounted a spectacular counter-attack to take Chennai home with five balls to spare after the side had been left shell-shocked at 62 for six while chasing 140 to reach the final, all previous records on Hotstar tumbled.

"If I look back over the tournament, we have been hitting new high quite frequently," Hotstar Chief Executive,  Ajit Mohan said in an interview.

"The first barrier we wanted to cross was the 5 million concurrency. Nobody had done that for a sporting event and for us that was a first milestone which we crossed early in the tournament. Tuesday was quite significant because... this is really establishing a new global benchmark in terms of the number of simultaneous users for an online event on video."

Austrian daredevil, Felix Baumgartner's leap in 2012 into the stratosphere from a balloon near the edge of space 24 miles (39 km) above Earth was watched by a record audience of more than 8 million people live on YouTube.

Hotstar, which exclusively streams HBO's hit "Game of Thrones" show in India, could see an even bigger audience with Sunday's IPL final.

However, for Hotstar the ongoing IPL is the fifth season of streaming the popular Twenty20 tournament in the country of 1.2 billion people obsessed with cricket.

Star invested Rs 1,233 crore after winning the IPL rights and that has borne fruit with their technology being resilient enough to address and serve a scale that other streaming platforms across the globe have not seen.

"We genuinely believe that we can bring people online in India," Mohan told Reuters. "We have hit a certain scale that has really allowed us to take off. We added 150 million users in April. We have invested dramatically in building technology capabilities. We have now built a platform that can take that sort of scale. A five million scale would be difficult to support on most video platforms even today."

New features such as Watch'NPlay, a virtual play-along game associated with live sports, ahead of the IPL season has also helped. "You are watching the match and it also allows you to play a game at the same time. For me, that's made a huge difference," Mohan added. "It has provided us a very clear differentiator for why people should come and watch the match on Hotstar.

"It has also attracted a whole bunch of casual cricket followers. It's expanding the universe of cricket followers and IPL. Casual gaming can be very powerful in a country with young demographics like India." added Mohan.