The Pixelbook is also expected to come with a 2 MP front-facing camera and two front-firing speakers.

Google will be launching its array of products on 15 October next week in New York. Many leaks have already given out several specifications of the upcoming Pixel phones. Now it is Pixelbook Go's turn.

A report by 9to5 Google has revealed that the upcoming Google Pixelbook Go might come with a ribbed texture back and what looks like a coral colour variant. The images and video shared in the report are said to be of a prototype of Google Pixelbook Go.

The report has also revealed the specifications of the upcoming Pixelbook Go. As per the report, it is likely to sport a 13.3-inch display with an aspect ratio of 16:9. It is expected to come in Full HD or 4K “Molecular Display” options. Google is expected to launch the Pixelbook Go on 15 October next week in New York. Representational image.

In terms of storage, the report suggested that it might come in 8 GB, 16 GB RAM variants and 64 GB 128 GB and 256 GB internal storage options. The Pixelbook is also expected to come with a 2 MP front-facing camera and two front-firing speakers. Pixelbook Go might come in tw clour variants —"Not Pink" and "Just Black". Image: 9to5 Google

The Google Pixelbook Go is likely to come with a variety of configuration options — Intel Core m3, i5, and i7. For connectivity, this laptop might come with Two USB-C ports, 3.5mm headphone jack, WiFi and Bluetooth options. 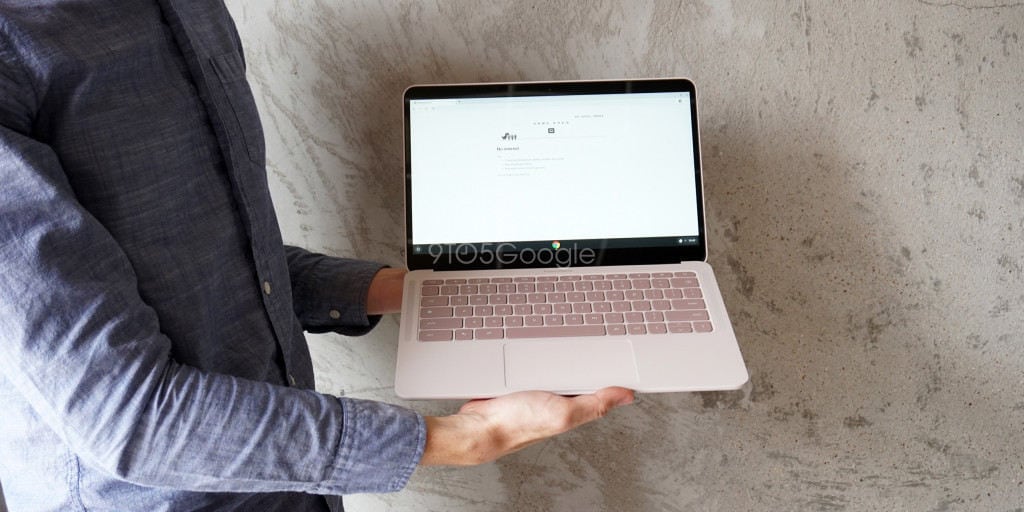 The Pixelbook is also expected to come with a 2 MP front-facing camera and two front-firing speakers.Image: 9to5 Google

The report has also revealed that it might come in "Not Pink" and "Just Black" colour options. Since the product revealed in the images is not black, we can expect that this what the "Not Pink" colour variant will look like.