Flipkart has teased the launch of a new Pixel phone on its website with a landing page.

The launch of the highly-awaited mid-range smartphones – Google Pixel 3a and 3a XL – is almost upon us. With only about a week left for the Google I/O 2019 conference, Flipkart is teasing the announcement of the device for 8 May on its online marketplace. 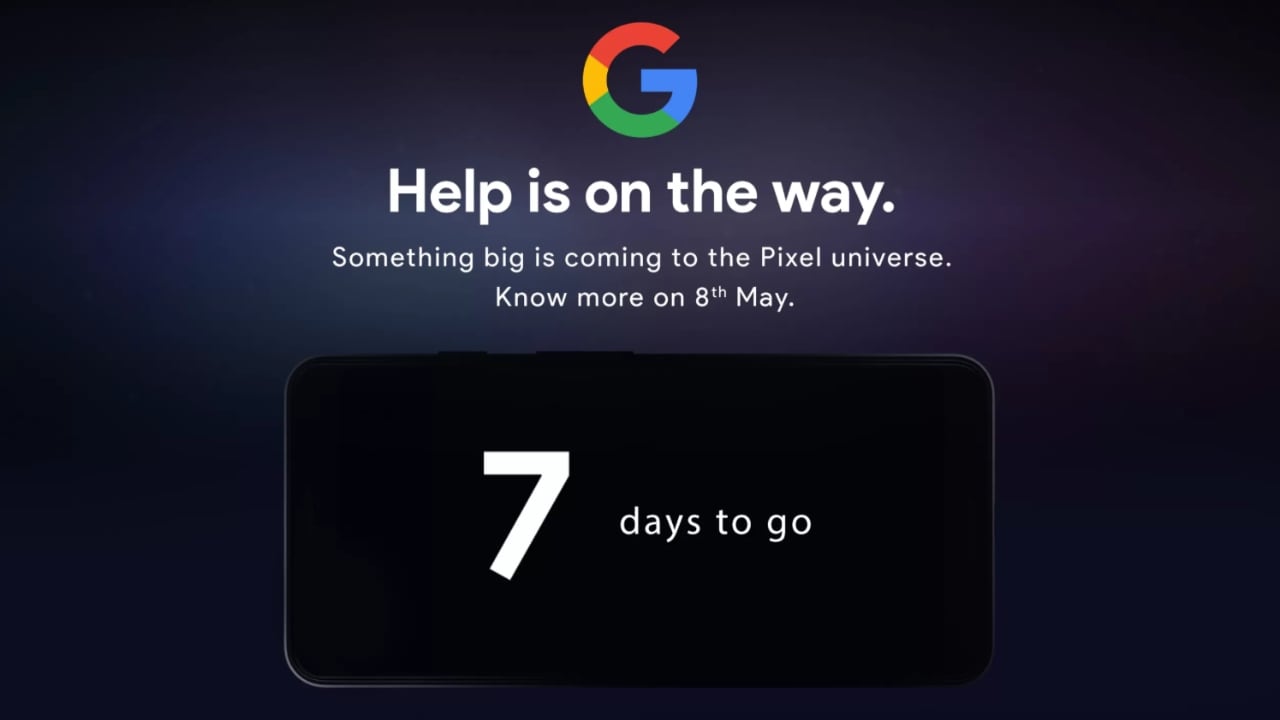 “Help is on the way” can be seen on the landing page followed by, “Something big is coming to the Pixel universe. Know more on 8th May.”

At the centre, there’s a silhouetted Pixel device with the text “7 days to go” placed over it. The teaser states that we’ll get to know more about the announcement on 8 May.

Mobigyaan reported that the homepage also posted a teaser with “Losing sight after twilight?”

The bezels of the silhouetted Pixel image posted on the landing page looks more like the Google Pixel 3a as we got to see in the latest render leak.

Google I/O 2019 is scheduled between 7-9 May where the keynote will be held on the first day itself. So, it makes sense that the Pixel devices could be announced or simply go on sale on the next day.

Google Pixel 3a and Pixel 3a XL specifications

The Pixel 3a will be coming out in two variants – Pixel 3a and Pixel 3a XL. The Pixel 3a will sport a 5.6-inch OLED display with a resolution of 2,160 x 1,080 pixels, powered by the Qualcomm Snapdragon 670. On the Pixel 3a XL, a 6-inch OLED display will be used with a resolution of 2,220 x 1,080 pixels, running on a Qualcomm Snapdragon 710. Both the devices will be running on 4 GB of RAM and employ the Pixel Visual Core to power the cameras, currently present on the Pixel 3.

It was reported that the Pixel 3a and Pixel 3a XL are being tested in India and they could be seeing low prices on the units. While there aren’t any leaks around its retail prices, the Canadian prices of the devices leaked out recently suggesting the Pixel 3a to be priced at $649 (Canadian Dollar) and the Pixel 3a XL priced at $799 (Canadian Dollar). Although the approximate Indian pricing converts to about Rs 35,000 and Rs 42,000, both the devices need to be priced lower than this in order to be considered as a mid-range smartphone.