Diwali 2018: Top smartphones and feature phones to gift and upgrade to this Diwali

Looking to gift a smartphone or feature phone this Diwali. Let us help you out!

Diwali is here and most of us will be looking to splurge some of that hard-earned cash we saved up on upgrading to a new smartphone, be it a budget device like the Xiaomi Redmi Note 5 Pro or something top of the line, like the Apple iPhone XS Max.

If you are looking offline or online, to buy your next smartphone, you should have a look at our hit list, that will help you make the right choice.

One point to note before you go ahead is that all price tags are as per the MSRP. Various online shopping portals may be offering sweeter deals on smartphones, but I am here to tell you which phones make for a sensible purchase in every smartphone segment.

The Samsung Galaxy Note 9 is our top all-rounder and also great value for money when you stack it up against the other phones in its class. While it's as big and chunky as a Hummer, it gets you practically everything and anything you can ask from a smartphone, including a fancy S Pen stylus, in case you feel the need to send handwritten GIF greeting to those family WhatsApp groups or loved ones.

The 4,000 mAh battery delivers impressive battery life for an Android smartphone, and then there is that gorgeous 6.4-inch QHD+ Super AMOLED display. 4K video footage is second only to the new iPhones that sell at higher price tags (or twice as much) this year. And in case you are looking for storage, is the only premium smartphone that can offer up to 1 TB of storage (512 GB internal + microSD card).

It may be pricey, but it shoots the best Portrait photos on a smartphone ever! The Pixel 3 XL will not be everyone’s cup of tea with that staggering price tag that honestly does not make for a value proposition when it comes to core hardware (especially when stacked up against the Note 9).

But it shoots photographs like no other, delivering well-edited masterpieces that look picture perfect. Video and design are not one of its strong points, but it will also feature the latest software updates and innovations because it’s Made by Google.

The iPhone XS and iPhone XS Max are the poster boys for Apple this year. The rather underrated iPhone XR is the real hero, that gets done what the new iPhones do with two cameras using just one camera. While it is powered by software, you have to keep in mind that Portrait mode only works on humans for now (no pets, objects allowed). Still, the outstanding battery life, vibrant LCD IPS Liquid Retina HD display and the same A12 Bionic SoC with lesser RAM (3 GB instead of 4 GB) give it enough horsepower to go shoulder to shoulder with the XS and XS Max all at Rs 23,000 less. Google’s Pixel 2 XL was one of the first Made by Google devices to showcase its computational photography smarts and even a year later it still clicks the best Portrait photos in its class, no matter what the lighting conditions.

While it packs in last year’s hardware, thanks to updated software that comes straight from the makers of Android, performance is not really a problem. It may lack the high-end performance figures compared to the OnePlus 6T, but we just cannot get over that camera!

While the Galaxy Note 9 came out on top as the new king of excess and bragging rights thanks to its monstrous specifications and feature list, the OnePlus 6T will still appeal to OnePlus fans.

The 6T now packs in an in-display fingerprint reader, a bigger battery than the 6 and a tiny notch at the top in a well-constructed body made of metal and glass. If you are looking for the best specifications with decent photo and video performance, then the OnePlus 6T should be your pick. The Nokia 7 Plus is indeed the most premium-looking smartphone you can buy in the mid-range today. It oozes class and quality with that copper coloured finish and even packs in the performance with a Qualcomm Snapdragon 660 SoC inside. The only problem? Availability. The phone has been running out of stock both online and in stores and the upcoming upgrade called the Nokia 7.1 could be the reason why.

The Poco F1 is in some ways turning is out to be the spiritual successor of the first generation of OnePlus devices that offered top end specifications at low price tags. While it lacks the premium build quality found on OnePlus smartphones (that are now priced well into the premium segment) it does pack in a top of the line Qualcomm Snapdragon 845 SoC. This along with base 6 GB RAM and 64 GB configuration, makes for unbeatable value in this segment and will even see buyers from the budget range getting interested.

If you can stretch your budget by Rs 999, the Asus ZenFone 5Z makes for a great smartphone buy, partly thanks to the OnePlus 6T that now starts from Rs 37,999. As OnePlus tries to convince buyers that its 6T is a better buy over the Galaxy S9, the ZenFone 5Z makes for a sweet deal in the mid-range, because it offers a second wide-angle camera, microSD card storage expansion, dual stereo speakers and a premium metal and glass finish. And there are AI goodies thrown in as well.

It is the one smartphone that has stood the test of time since launch and is soon expected to see a refresh in the form of the Redmi Note 6 and the 6 Pro. Despite competitors launching similar devices, they have never been able to get the camera (which is damn good), design (which is practical) and the specifications right. A year later, the Note 6 Pro is still a great choice if you are upgrading to a budget smartphone from an entry-level one. If you are buying a Redmi Note 5 Pro, I would recommend stretching your budget a bit and getting the 6 GB RAM model.

There are two things you need to know about the Max Pro M1, battery and software. This is because the M1 offers specifications that are similar to the Redmi Note 5 Pro, just at a lower price. Then there’s that massive, 5,000 mAh battery and the fact that it is the only phone in this price bracket that offers an almost stock Android experience along with storage expansion that can go up to 2 TB. Just don’t pick this one for its camera!

If looks and design are high up on your checklist for a budget smartphone, then the Honor 8X should be at the top as well. While the device does pack in Huawei HiSilicon’s Kirin 710 SoC (instead of the tried and tested Qualcomm chipsets), it is available in two RAM and storage variants. Another highlight of this device is its 6.5-inch FHD+ display that runs from edge to edge with a small notch at the top and thin chin at the bottom. The Realme 1 offers a great hardware package given its price tag. Since the 3 GB RAM model is no longer available, those looking for great specifications and performance will have to stretch their budget by Rs 990. But what you get will make even a budget smartphone buyer go green with envy. The MediaTek Helio P60 aside, RealME offers 4 GB RAM + 64 GB of storage along with a triple slot system which means no more shuffling between your second SIM card and the microSD card. Indeed, it seems to deliver a lot more value on paper than some budget phones, but what it makes up for in specifications, it lacks in camera performance. Still then, it is still better than the competition. If pricing is your concern, then the Redmi 6A delivers a rather capable smartphone at Rs 5,999. Despite having just 2 GB RAM that MediaTek Helio P22 seems to handle apps with ease. Just don’t load it up with too many games! 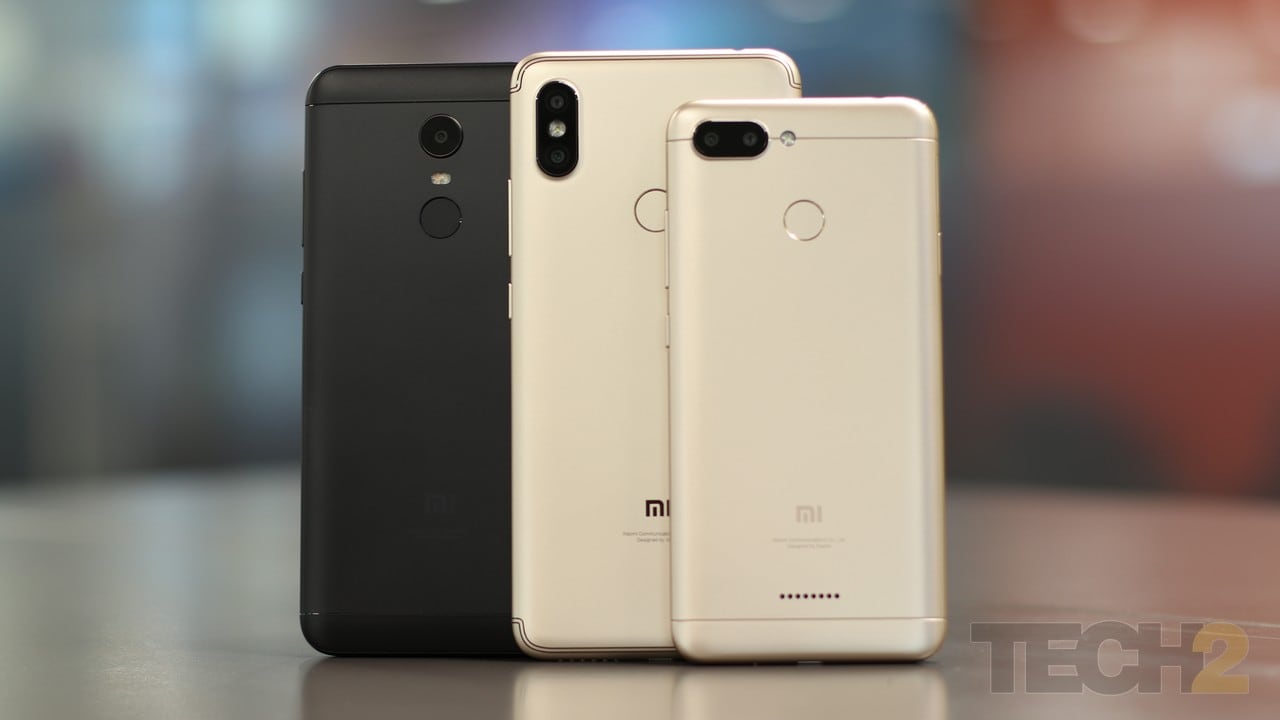 While the Xiaomi Redmi Note 4 was a legendary budget smartphone, the introduction of the Pro variant pushed the standard Note models into the entry-level segment. If you are looking for good battery life, a big display and you trust a Snapdragon over a Helio SoC, then the Redmi Note 5 is a great entry-level smartphone buy at the higher end of the segment. The Nokia 3310 is classic Nokia. For those who completely want to disconnect from social media and the web. The 3310 can run two SIM cards and stay on standby for days with up to 22 hours of talk time. There also the handy radio feature which most flagship and premium smartphones skip on these days and also a built-in MP3 player to play your downloaded music files via a microSD card (up to 32 GB). And how can we forget the iconic JioPhone. Well, there's now a new one that is priced a tad bit higher and will get you some smartphone-like features, like Google Assistant, streaming music, TV video calls and much more all at low price tag of Rs 2,999. Oh yes, and you also get a full physical QWERTY keypad. 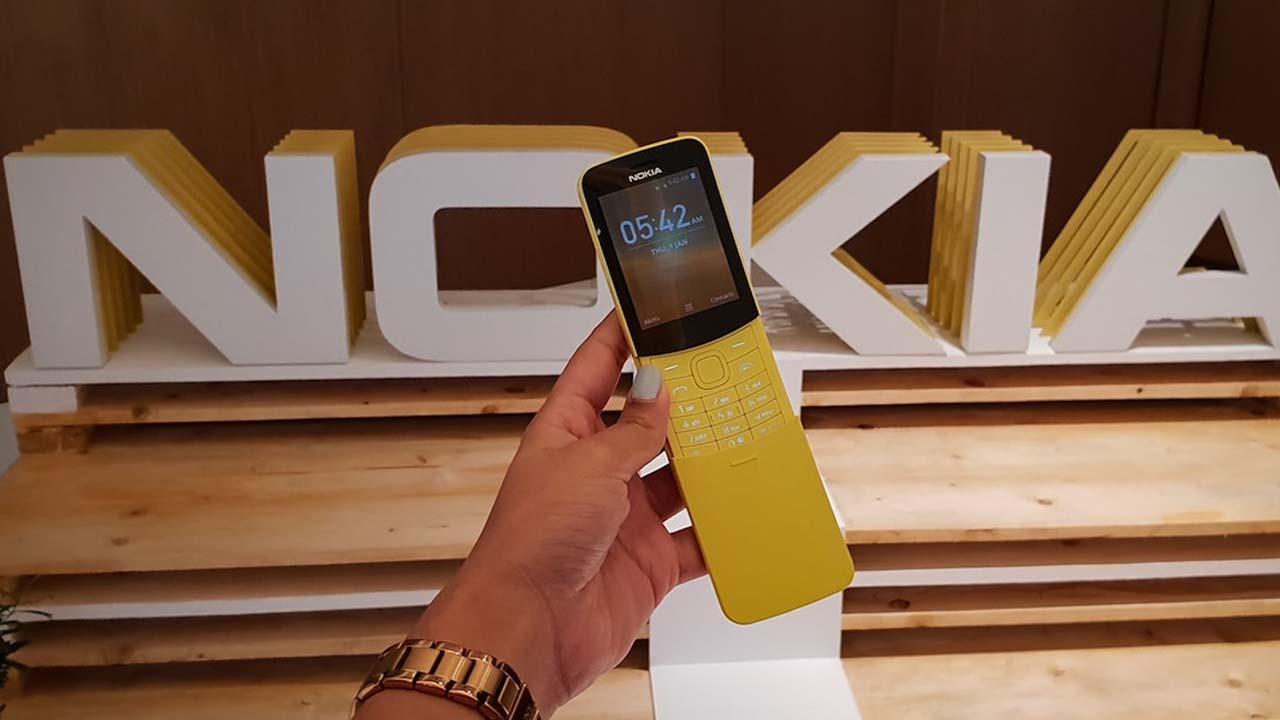 Running a Google-funded KaiOS (just like the JioPhone and JioPhone 2) the 8110 is a classic slider with a modern twist. It packs in 4G LTE capabilities and a Qualcomm 205 chipset that delivers 25 days of standby time. There also 4 GB of storage for storing MP3 files and photos, will run WhatsApp and packs in a radio app as well. Pick this one up in yellow just because it’s too cool!