Apple CEO Tim Cook and PM Narendra Modi had begun talks since May 2016 of producing Apple products in India after sales in China started to decline.

Apple's second phase for manufacturing iPhones in India is still pending approvals and tax exemptions from the government according to a report in Mint.

The report claims that if Wistron Corp, Apple's manufacturing partner in India, doesn't find the Indian governments proposition financially viable, then Apple may discontinue phase one in the country. 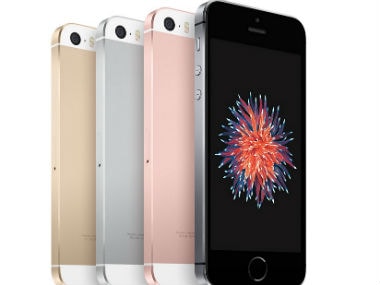 Phase one of Apple's plan of manufacturing in India was the assembling of iPhone SE in Bengaluru. Apple had begun talks with the Indian government since May 2016 for producing Apple products in India. According to Reuters, Apple (though not disclosing exact numbers) said the sales revenue in India had increased by “strong double digits" in the latest quarter. This comes at a time when Apple sales in China have declined by as much as 14 percent.

Both Apple and Wistron have not officially commented on the matter of the second phase of iPhone assembling in India.

Earlier this month, Apple's demands for a custom duty rebate on imported equipment for making iPhones in India had been rejected by the government. According to written reply to the Lok Sabha, commerce and industry minister Nirmala Sitharaman had said that "requests regarding rebates were examined and not accepted."

Apple India had sought concessions, including duty exemptions on manufacturing and repair units, components and capital equipment for smartphones for 15 years. Apple has also been asking for a concession on the 30 per cent compulsory local sourcing of components. The Indian government had earlier in May this year had offered to allow Apple Inc to import mobile handset components intended for use in local manufacturing tax-free.

Apple had also sought a 15 year tax holiday for all imported components, a demand which was rejected. A panel of ministries instead offered concessions on the components that could not be manufactured in India.

Apple had started selling iPhones at select stores in the country that were assembled in India as part of its trial run. The phone officially went on sale on 29 June with the 32 GB variant selling for Rs 27,000 and the 128 GB variant for Rs 37,200.