The answers might vary from device to device but most probably one of the answers come when we ask these question with Siri on our Apple devices.

Apple's Worldwide Developers Conference (WWDC) is going to start from 4 June and will end on 8 June. Reports suggests that Apple is going to launch several iPhone models, a first at a WWDC, including an iPhone SE 2. Updates of iOS, MacOS and WatchOS are also expected, and Apple might even launch new Macbooks. WWDC will run from 4-8 June

Earlier, during the 2018 Google I/O conference, Google launched six new voices for its Assistant, including one in the voice of musician John Legend. Apple is also planning to bring a new voice for its virtual assistant during the 2018 Worldwide Developers Conference.

When we asked Siri, "tell me about WWDC" Siri responded by saying "I'm gonna have a shiny new home! Well, not really shiny, more meshy and matte", which suggest that Apple might announce a new HomePod during the event this year. 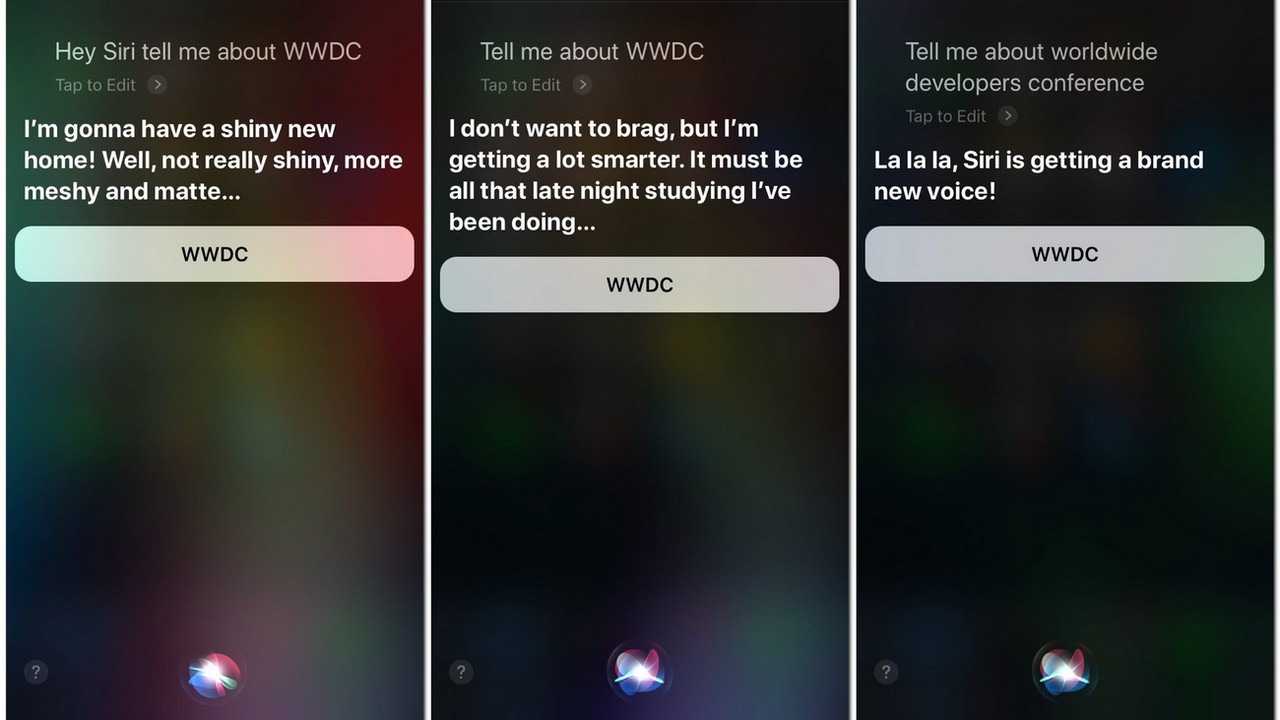