Johnson & Johnson said on Tuesday it would partner with Apple Inc on a study to use an iPhone app and the Apple Watch to study how earlier detection of atrial fibrillation impacts stroke in people aged 65 or older.

Last year, Apple's Heart Study found that the watch could accurately detect atrial fibrillation, the most common type of irregular heartbeat, according to a study that explored the role of wearable devices in identifying potential heart problems. Atrial fibrillation increases the risk of stroke more than fivefold, according to the American Heart Association. 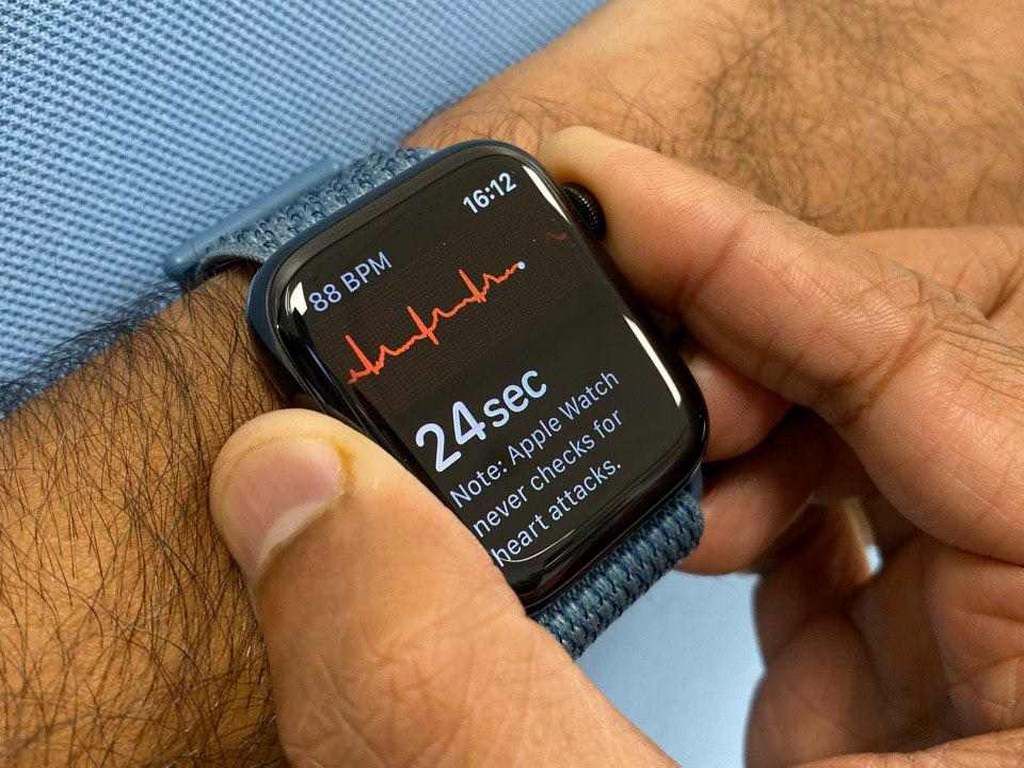 Jeff Williams, Apple's chief operating officer, said the initial study proved the Apple Watch can detect atrial fibrillation with a low rate of false alarms, which helped Apple gain clearance from the US Food and Drug Administration for a watch app that takes an electrocardiogram, or EKG, measurement. The study with J&J aims to show if early detection leads to better health outcomes.

"We want to follow the science all the way to the end, no matter what the outcomes are, and run this longitudinal study," Williams told Reuters in an interview. "It's not something that we have to do, but it's the right thing to do."

The joint effort, called "Heartline," is significant because J&J is one of the world's largest medical device makers and pharmaceutical companies.

"What we bring is clinical study capability on a very large scale," said Paul Stoffels, J&J's chief scientific officer, who said the study aims to track 150,000 participants with long-term follow-ups over two years.

The study could also reach a different population than Apple's original heart study, which included 400,000 participants but faced questions from medical experts because more than half of the people who signed up were under 40, a group already at low risk for atrial fibrillation.

J&J targeted the study at population with a higher risk. Paul Burton, vice president of medical affairs at the J&J subsidiary running the study, said 70 percent of patients experiencing the condition are over 65.

"What we're trying to do here is definitively answer that question: If you take wearable technology and couple it with an app, can you reduce the risk of a stroke or death?" Burton said.

The J&J study will be open to the more than 40 million people enrolled in traditional Medicare plans, which cover people aged 65 and older as well as the disabled. Study participants will be randomly assigned to either use only an iPhone app or use the app in conjunction with a watch capable of taking an EKG.

If patients who enroll are assigned to the arm of the study using the Apple Watch, they will be prompted to acquire one of the devices, which study officials said the participants can either purchase on their own for personal use for $49 or borrow free of charge for the study.

The latest Apple Watch model starts at list price of $399. Burton said J&J and Apple were sharing the cost of subsidizing the watches.

The study will pay participants, who must agree to share their Medicare claims data. Apple and J&J officials said that was key to proving whether the use of the app and watch lead to reduced stroke risk.

"With tens of millions of watches on people's wrists and us delivering this early detection, we have a huge responsibility to make sure that early detection is effective and really helping people with their health in the long haul," Apple's Williams told Reuters.

(Also read: Apple Watch Series 4's fall detection feature saves yet another life in the US)