Apple iPhone X pre-orders to start at 12.31 PM today, device to be available in stores from 3 November

Apple's top-of-the-line smartphone to mark the tenth anniversary of the launch of the original iPhone will be available for pre-orders in 55 countries around the world at 12.01 PDT, which is 12.31 PM in IST. There has been a lukewarm response to the iPhone 8 and the 8 Plus and analysts have indicated that this is probably because of consumers wanting to get the iPhone X with higher specifications and additional features. 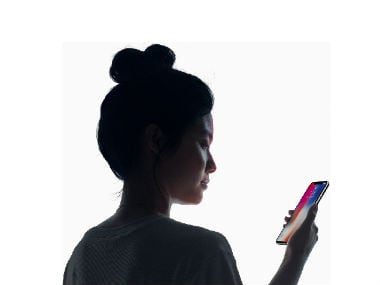 The iPhone X sports an edge-to-edge display and gets rid of the belly button, along with the fingerprint scanner. According to Apple, this is a realisation of Steve Job's original plan for the iPhone, where the front of the device is made up entirely of a screen. Authentication and access is provided through a set of sensors housed in a notch on top, known as FaceID. The technology also allows the iPhone X to feature animated emojis known as animoji, over which the company is currently facing a lawsuit from Japan based Emonster kk.

In terms of specifications, the screen is a  5.8-inch 'Super Retina Display' OLED panel with a 2436x1125 pixel resolution and 458 PPI pixel density. The Apple iPhone X is powered by the 64-bit hex-core A11 Bionic chip with two high-performance cores and four high-efficiency cores. On the back of the device is a 12 MP dual camera setup with an ƒ/1.8 wide-angle lens and a ƒ/2.4 telephoto lens, with both sensors having optical image stabilisation. The front facing TrueDepth camera has a resolution of 7 MP with an ƒ/2.2 aperture. Between the two camera modules is a quad LED, dual-tone flash unit. The iPhone X has a water and dust resistance rating of IP67.