Apple iOS 12 announced at WWDC 2018: Goes low on features, big on improvements with a sprinkle of Siri and a spoonful of augmented reality

Apple iOS 12 has once again chosen to focus on performance instead of adding new and innovative features to an OS that seems to have started ageing over time.

It’s day 1 of the Apple’s annual developer event and this year’s World Wide Developers Conference (WWDC) took off with a bang with some new features, plenty of improvements and performance updates that made developers clap twice as much as compared to the previous WWDC event. The focus just like last year seems to be on fixing the mess that iOS 11 left behind (which was supposed to fix iOS 10) and removing some of the annoyances like the messed up notifications system.

Among all the announcements made, it was clear that there were few new features announced with a majority being fixes and a minor chunk to do with some really delayed revamps of the long ignored Stocks and iBooks apps. Apple like Google, also focussed on a digital detox, with improvements to DND, grouped notifications and a new feature called Screen time.

Apple's senior vice president of Software Engineering, Craig Federighi started off his presentation with a focus on how much faster iOS has become with iOS 12. Performance improvements have been made system wide, and Federighi explained how iOS 12 can launch the camera 70 percent faster with the keyboard also popping up 50 percent faster along with typing now being more responsive. Apps too are expected to launch twice as fast and these improvements are expected to be available across a wide range of devices from the iPhone 5s till the latest and greatest iPhone X. Apple with iOS 12 has now made augmented reality (AR) into a shared experience. No longer will you be alone in your augmented reality experience, your friends can now join you. A demo by Lego’s Martin Sanders showcased how the collaborative experience brings toys in the real world to life, letting you share and collaborate those AR experience by adding friends to the mix. Apple also announced a new file format for AR in collaboration with Pixar called USDZ. USDZ makes it possible to share AR experiences across messaging apps, the web and more making dealing with AR content a lot easier. In what may seem like a rip off from the Samsung Galaxy S9 Plus’s AR Emoji, Apple introduced its own Memoji. However, Memoji’s are a lot more detailed and more accurate than the former but have to be personalized and generated by the user, unlike Samsung’s AR Emoji that is automatically generated. While Memoji’s seemed like an epic waste of time, there was also some new Camera Effects which are very similar to the AR stickers one would find on most Chinese smartphones these days. Apple’s implementation thanks to its True Depth Camera is a lot more detailed and accurate with great looking filters considering you have an iPhone X to play around with. If you still have been using FaceTime to connect with friends and family, there’s some good news for you! Apple has finally introduced Group FaceTime with a cool new interface that lets users of the group chat know who is in control of the conversation. Participants can be added or removed at any time during the call, and those cool Memoji and Camera Effects can be used in here as well.

While Siri hasn’t gotten any smarter, it has become a bit proactive in iOS 12. Expect to Siri Shortcuts to annoy you from time to time with updates, orders or even ask you to switch to DND mode while watching a movie in the theatre. It’s all about providing one touch access to critical app actions before time.

Perhaps that biggest addition to iOS 12 and Siri is the almost IFTT like, ability to customise these Siri Shortcuts. The Shortcuts editor basically lets you create a series of actions from different apps that can be carried out with a simple voice command or just a single tap.

Photos has become smarter in an almost Google Photos like way with iOS 12. There is now new sections with a new ‘For You’ tab that brings all your favourite moments in one place. A new and innovative sharing system makes it easier to share photos with friends. Friends who receive photos are prompted to share back any photos and videos they have from the same trip or event. Photo does this by simply scanning through your images and identifying your friends in your recently clicked photos. Search Suggestions have also been introduced in iOS 12. Suggestions surface the most relevant Events, People, Places, Groups, Categories and recent searches, and new search functionality lets users combine multiple search terms to find the right photos. 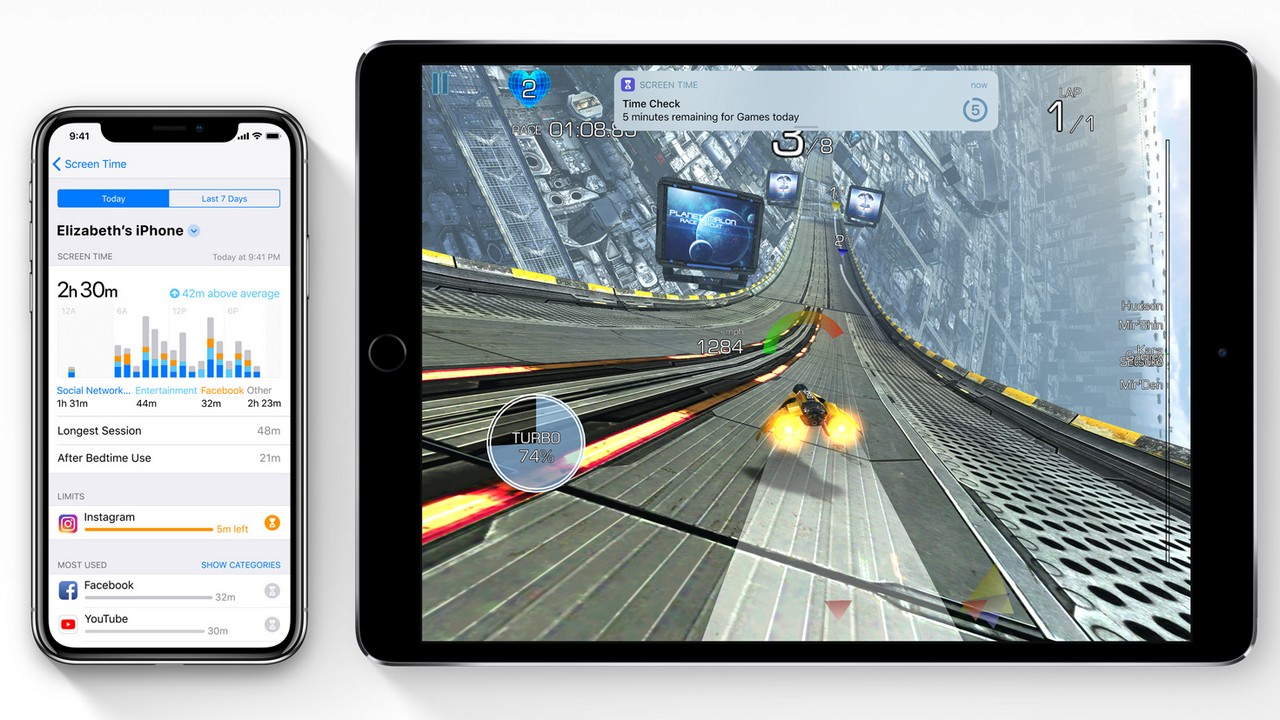 Apple has built in couple of tools and improved the existing ones to help you make the most of your time spent on an Apple device and even the time you spend away from it.

There’s an improved Do Not Disturb (DND) mode with a new Bedtime feature which dims the display to help users get a better night’s sleep. It will also smartly hide notifications on the lockscreen so that users do not end up checking their phones in the middle of the night.

Notifications have also gotten a lot smarter with iOS 12 allowing users to control how they are delivered. Notifications can now be delivered quietly or grouped to make swiping them off easier in one go.

Apple has also added a new feature called Screen Time to help users get a better understanding of their app usage and the time spend using the phone and apps. This is very similar to the Android P’s user Dashboard feature that works in a similar manner with the same goal in mind.

Apart from showing daily and weekly Activity Reports, the feature also shows users how may time their iPhone or iPad is picked up which is pretty cool.

Even cooler or annoying (depending on which side you are on) is the feature’s ability to control or restrict app usage, letting parents schedule times to when a child can use their iOS device. While Apple Books gets a complete revamp, it was interesting to see the revamped Voice Memos app come to the iPad with added iCloud support for syncing recordings between devices. The old Stocks apps also got a revamp and now comes with integrated News to bring news related to the stocks being followed right within the app.

At the moment, only those having access to the Apple Developer Program can have a go at the buggy beta to help develop updated apps for the same by the time iOS 12 arrives in September. For general users a public beta will be available late this month via beta.apple.com.